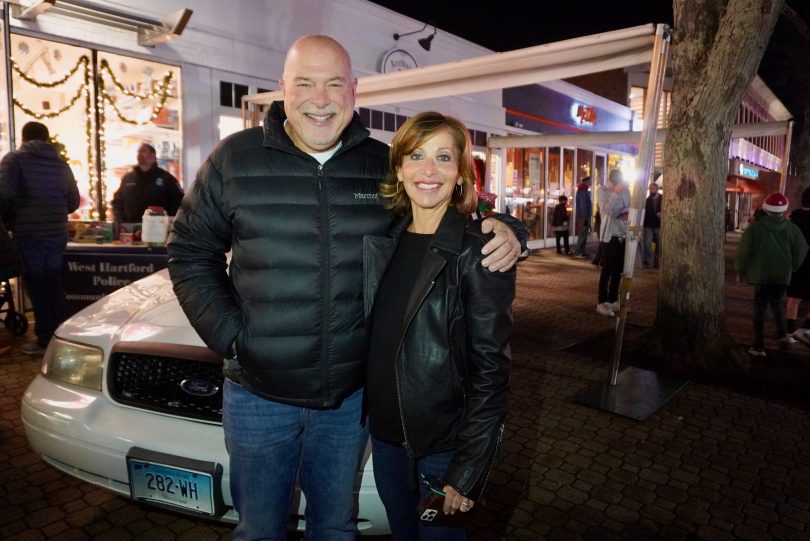 West Hartford Mayor Shari Cantor and Aimee Krauss, director of the West Hartford-Bloomfield Health District share some advice on what to do if you are exposed to COVID-19.

West Hartford Mayor Shari Cantor announced Monday morning that her husband, Michael Cantor, has tested positive for COVID-19, and as a cautionary measure she is self-quarantining at home.

Starting this holiday week in quarantine because my husband tested positive for COVID and has mild symptoms. I have no symptoms and have tested negative so far. We are both double vaccinated and boosted so we are confident we will be ok. We are isolating at home. #vaxxboost#mask

Cantor said that both are fully vaccinated, and received their booster shots as soon as they were eligible. They’ve both gotten their annual flu shots, too. They were in New Jersey and New York the weekend of Dec. 11, including attending a UConn basketball game at the Prudential Center, and both have taken multiple COVID tests since returning, just to be safe.

“He had a negative PCR test on Friday morning,” Cantor said of her husband. But late Saturday afternoon he suddenly started feeling some symptoms, including body aches. Although at that point he didn’t have a fever he felt like he had the flu, and took an Abbott Labs BinaxNOW rapid home test from a supply they had on hand.

“We’ve taken lots of them, and never had a positive result,” Cantor said, but this time it immediately turned red and registered positive.

Cantor isn’t technically required to quarantine, but said she’s not taking any chances even though her tests have all been negative. They are staying as far apart as possible while in the house, or wearing masks if they need to be in the same room, and she is not attending any public events. She was sad not to be able to wish Ben Cooper a happy 100th birthday in person on Sunday – although she did wave from her car – and she isn’t going to present Tom Moore with a proclamation honoring him for his recent selection as Connecticut Superintendent of the Year during Tuesday night’s Board of Education meeting.

What should we be doing?

“This is real,” Cantor said.

After nearly two years of the COVID-19 pandemic as a leading news story, it can still be shocking to receive a positive test, and then figure out what to do next. The requirements have been a moving target as well.

Krauss said Michael Cantor will need to quarantine for 10 days, meaning on the 11th day he will no longer need to isolate. Re-testing is not required or even recommended, because it’s possible to receive a positive test result for up to 90 days after infection.

Although it won’t have an immediate effect, Krauss continues to urge everyone to get vaccinated. “The holidays are here, and if you haven’t been vaccinated the Health District can help you find a vaccine,” Krauss said. They are administering Moderna and Johnson & Johnson vaccines, and can direct people to sites that offer the Pfizer-BioNTech shot.

“Everyone’s not vaccinated,” Krauss said, including many children. “Everyone not vaccinated needs to wear a mask in indoor public places,” she said.

“He has mild symptoms compared to what he’d have if no vaccination,” Krauss said of Michael Cantor. “That’s why I urge vaccination. … I don’t want people to think the vaccines don’t work.”

“It’s an inconvenience, and it does make you change your plans,” Cantor said. But being vaccinated keeps the disease from being life-threatening in almost all cases. 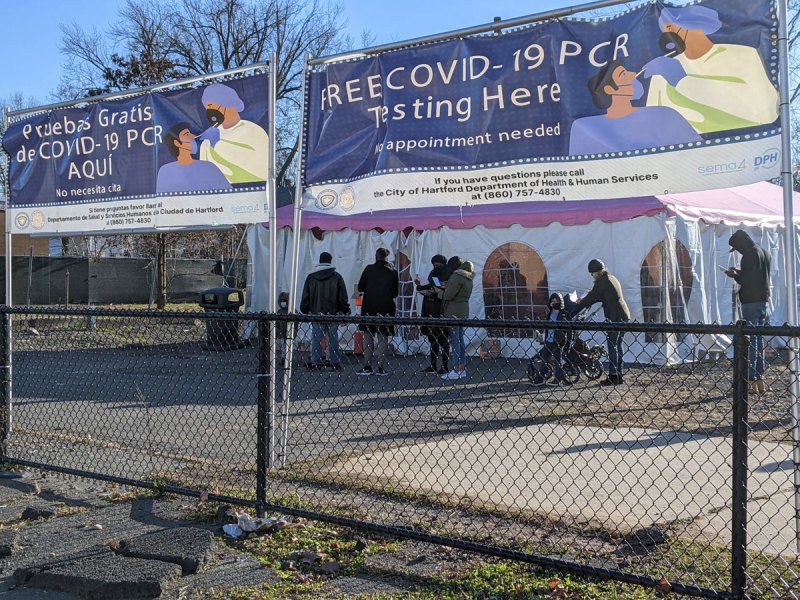 Krauss also urged testing before attending an event, ideally with a PCR test the day before. If you have access to home antigen tests, which are less likely to catch asymptomatic cases, you can take one just two or three hours before the event. “If it’s negative it should be safe that you’re not shedding virus,” she said.

Home tests may be difficult to find, but Krauss recommended checking Walmart and Walgreens online. You can also check many pharmacy sites by zip code to see if they have tests in stock at a nearby store.

If you find a home test, be prepared to spend at least $15 per test.

There are 400 testing sites across the state, including 23 state testing sites, for which the hours are being expanded. The state opened a new saliva testing center on the New Haven Green on Monday, and will be adding seven more, Department of Public Health Commissioner Dr. Manisha Juthani said Monday.

In addition, for two weeks the state will temporarily suspend mandatory testing for unvaccinated education workers and state employees – not including hospital workers. That move should free up testing capacity for others.

“Right now we have tens of thousands of teachers and paras and folks who work in state government and we’re going to pause their mandate for testing just to give a little more flexibility for them and make sure we have a little extra capacity to provide for testing going forward,” Lamont said Monday.

“Doing a test before you gather is one more thing you can do, particularly because we are in a phase where we have a lot of spread with likely omicron overtaking delta right now and being very infectious,” Juthani said Monday.

The closest state testing site to West Hartford is in Hartford, Krauss said. Results from PCR tests conducted at that site are returned quickly, she said. While long waits have been reported at some sites, Krauss recently check this site. “There was a line but it was moving quickly,” she said.

An updated list of state-supported free COVID testing sites can be found here.

Masks and other measures

The highly-contagious omicron variant now accounts for more than 70 percent of new positive cases in the U.S. according to the Centers for Disease Control and Prevention (CDC). In New York and New Jersey, the percentage is even higher.

“Vaccinations are going to protect you from more serious disease,” Juthani said, and she also recommended wearing a mask if you are inside with people you don’t know.

The governor is recommending that anyone eligible get their booster, but is not planning to require a statewide mask mandate at this point.

“I can pass a lot of laws and mandates and restrictions but they’re only effective if people follow it,” he said.

“We implemented it in town buildings, and we are urging people to mask up,” Cantor said. But outside of public buildings, she said it’s difficult and confusing to people to have a town level mask mandate.

“What about Westfarms,” she said, noting the shopping center spans two towns.

People need to be responsible, Cantor said. “Just wear a mask. Protect yourself, and your family.”

Cantor, Krauss, and the governor all said Monday that believe most people will be able to enjoy the remainder of the holiday season as long as they are responsible about it.

In addition to wearing a mask, Krauss said, “Stay home if you’re sick. Wash your hands.” And if you haven’t had your flu shot, it’s not too late to do that either.