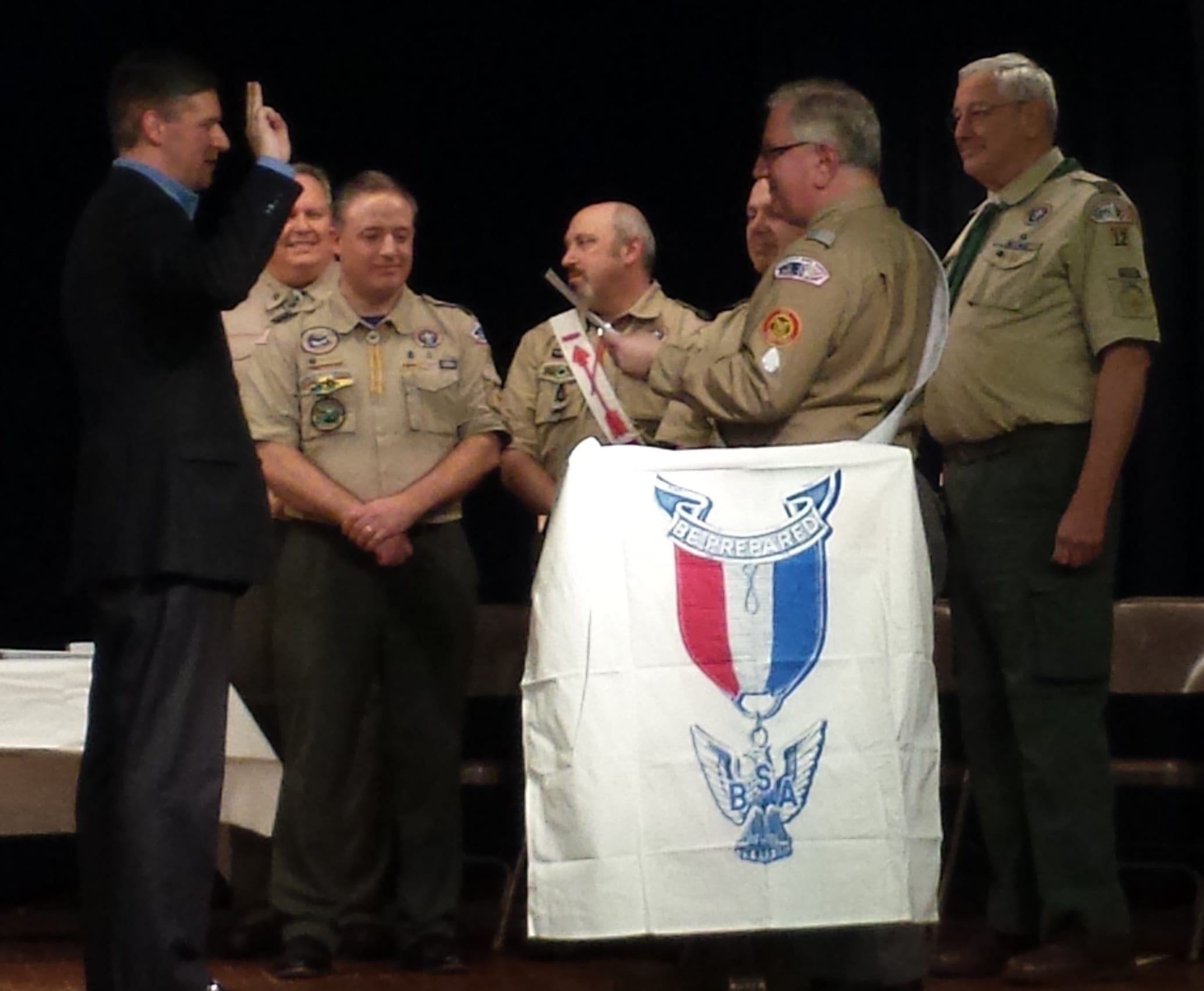 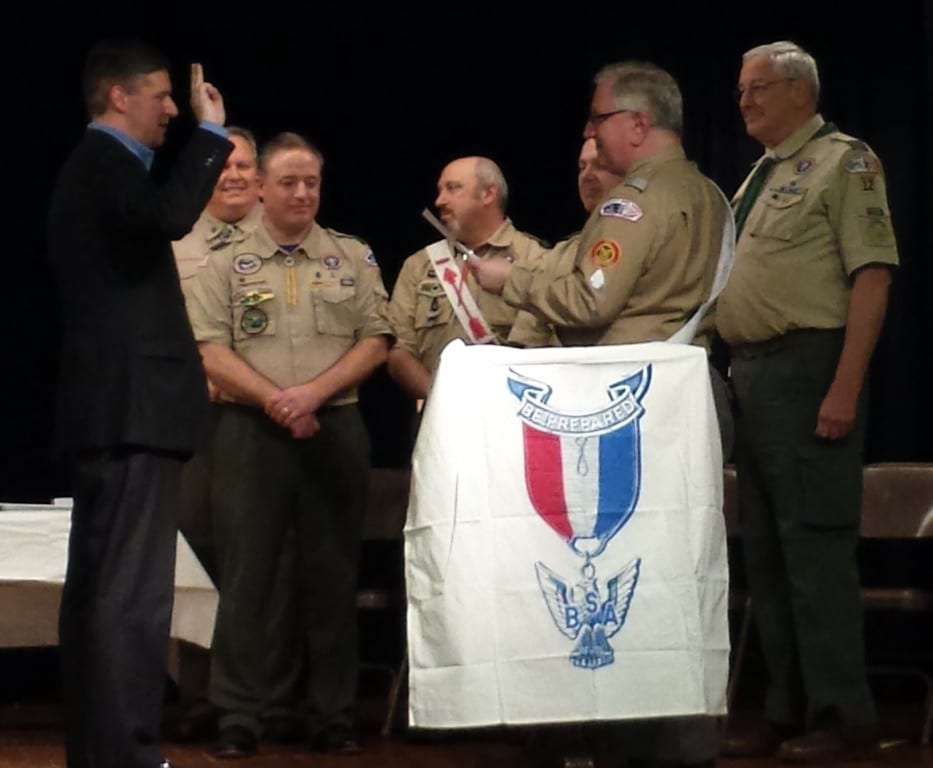 On Wednesday night, Feb. 24, 2016, West Hartford Mayor Scott Slifka was presented with an Honorary Eagle Scout award which read: “In recognition of many years of service to the Town of West Hartford and holding up the highest ideals of scouting and community service, Troop 44 is proud to designate Mayor Scott Slifka as an Honorary Eagle Scout, February 24, 2016”

The award was presented to the mayor by Troop 44’s newest Eagle Scout, Gregory Donovan at Gregory’s Eagle Scout Court of Honor.

All four Boy Scout Troops in town were represented in the recognition of the Mayor’s community service and dedication to scouting.

During the Mayor’s term in office, 127 scouts have earned the Eagle rank in the various troops in West Hartford resulting in an estimated average of 9,525 hours of community service.