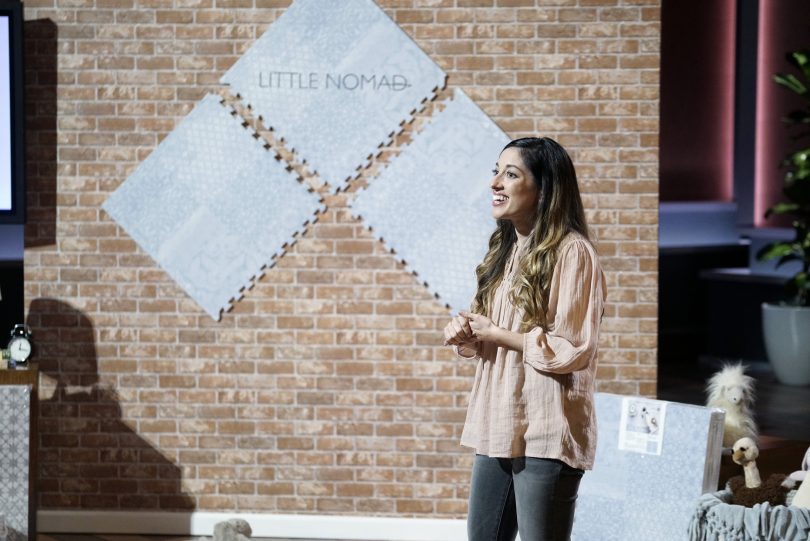 Elizabeth Granados, West Hartford resident and owner of Little Nomad, was featured on an episode of Shark Tank which re-airs on Friday, June 23.

On Friday, June 23, an episode of Shark Tank that features Elizabeth Granados, a West Hartford resident and business owner, will re-air on ABC at 9 p.m.

Shark Tank is a television show where businessmen and women are given a chance to impress “The Sharks” – tough, successful business tycoons looking to invest money in up-and-coming products.

Granados owns Little Nomad, a business which makes and sells “Roam Free” play mats “that both mamas and little ones love,” as stated on the Little Nomad website.

The business was launched May 2016 on Kickstarter and Little Nomad grew from there, Granados explained. Little Nomad now  offers “Roam Free” play mats in several different colors, sizes, and patterns. Granados even revealed that a new pattern would be released in September.

The mats are for “babies on-the-go,” Granados said.“Most of us have wood floors, which is a harsh environment for crawling babies or babies learning to walk.”

“Typical play mats are practical but so not cute,” Granados says in the promotional video on Little Nomad’s website.

She explained the story behind that line, saying that she went to visit one of her friends who moved from the city to the suburbs, and she noticed the “tacky, circus-colored” play mats her friend had for her child.

“That’s all there is,” Granados said her friend replied when questioned why she had those brightly colored play mats when the rest of her house was so stylish.

“That’s how I got the idea,” Granados explained.

Little Nomad’s play mats are just as practical as other play mats but certainly not tacky. They are cushioned and easy to clean, Granados explained, but, unlike the classic, brightly colored, “tacky” play mats, parents won’t feel the need to throw out Little Nomad’s “Roam Free” mats after their children are done crawling.

This is proven in Granados’ office space, where Little Nomad play mats cover the floor and do not look out of place style-wise.

In regards to her experience on Shark Tank, Granados said that her appearance on the television show took “a lot of hard work and a lot of luck.”

Though Granados did not make a deal with one of “The Sharks,” the exposure Little Nomad received just from being featured was incredible.

“Demand has been so high,” Granados said, “We are focusing on producing enough just to keep up with demand.”

Granados explained, “The Sharks gave me great advice and insight.”

She writes in her blog post about her experience in the tank: “[The Sharks] are and always will be a driving factor in my motivation – they remind me every Friday night that the American Dream is alive and well! I sincerely look up to them for what they do and I continue to be impressed with their knowledge and ability to work with so many different business challenges.”

Along with Granados’ post about her experience on Shark Tank, the Little Nomad website houses other blog posts ranging in topics from unique uses for the “Roam Free” mats to “LN Spotlight” posts about Little Nomad users.

The inclusion of this blog element on the Little Nomad website is a funny, local story Granados told.

In December 2016, Granados saw that there was an order for her play mats in West Hartford. Since she had some product at her house, she decided to call the production facility, let them know she would be hand-delivering this order, and contacted the customer to inform them she would be dropping off the product and to not be alarmed that the mats would be in an unmarked box.

The customer ended up being a mom, and the two began to converse through e-mail. Three months later, the mom revealed that she was a blogger and wanted to write about how much she loved the Little Nomad play mats. Granados accepted, and now the Little Nomad website has a special place for similar blog posts.

As the “LN Tribe,” or the community of Little Nomad play mat users, grows, Granados attributes her inspiration to her daughter, since she only decided to launch the business after she had her daughter.

“Having a little girl gave me the courage to turn my dream into a reality and my daughter has been my motivation every day since,” Granados writes on the Little Nomad website. 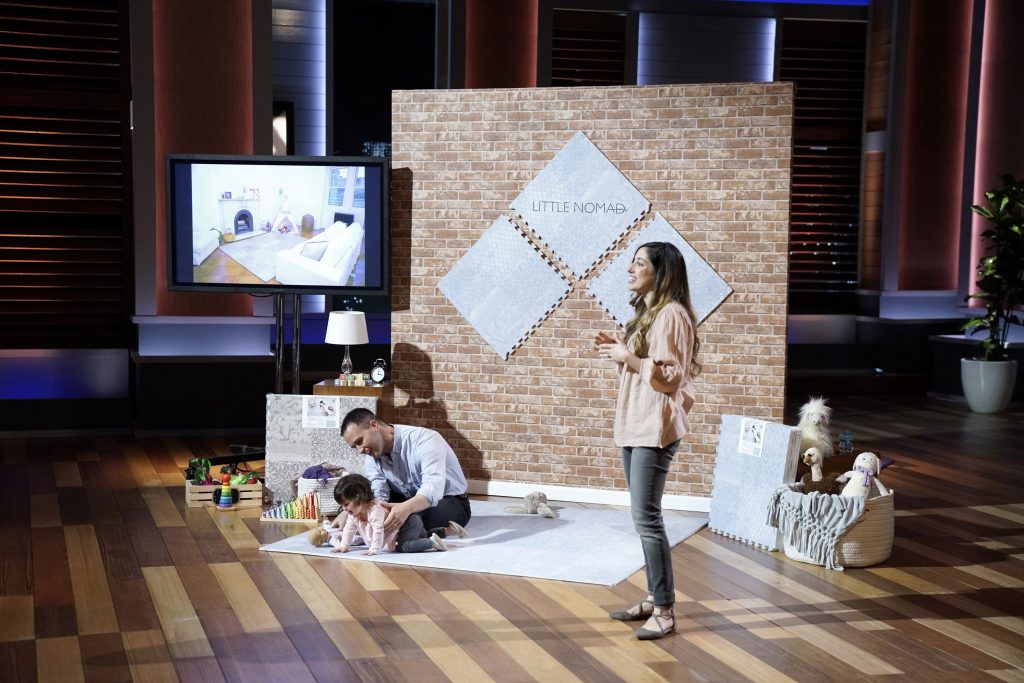 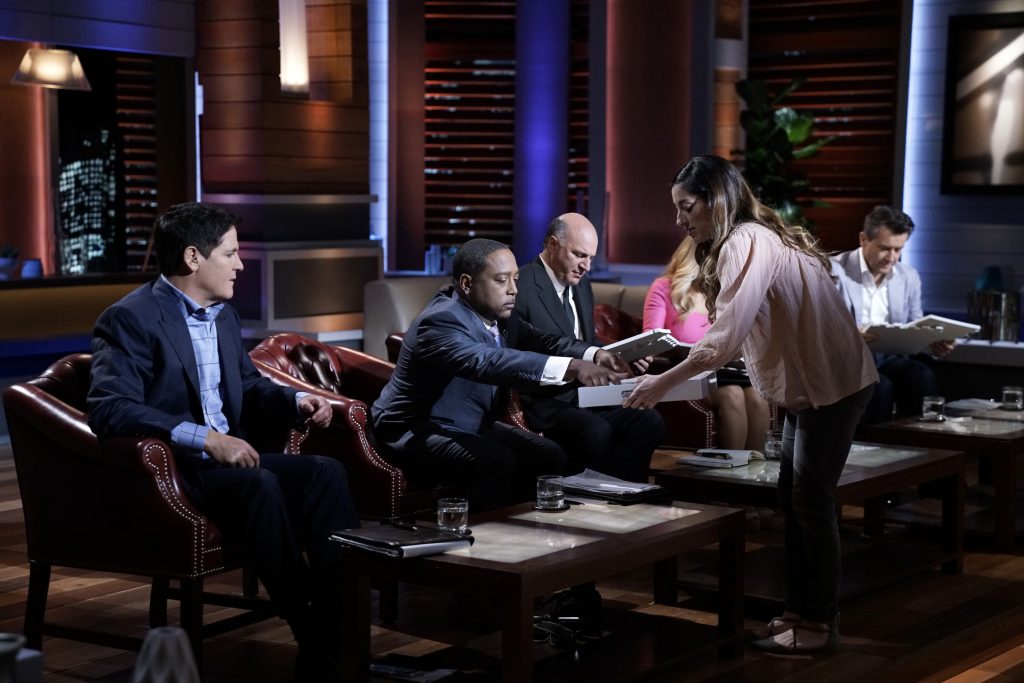 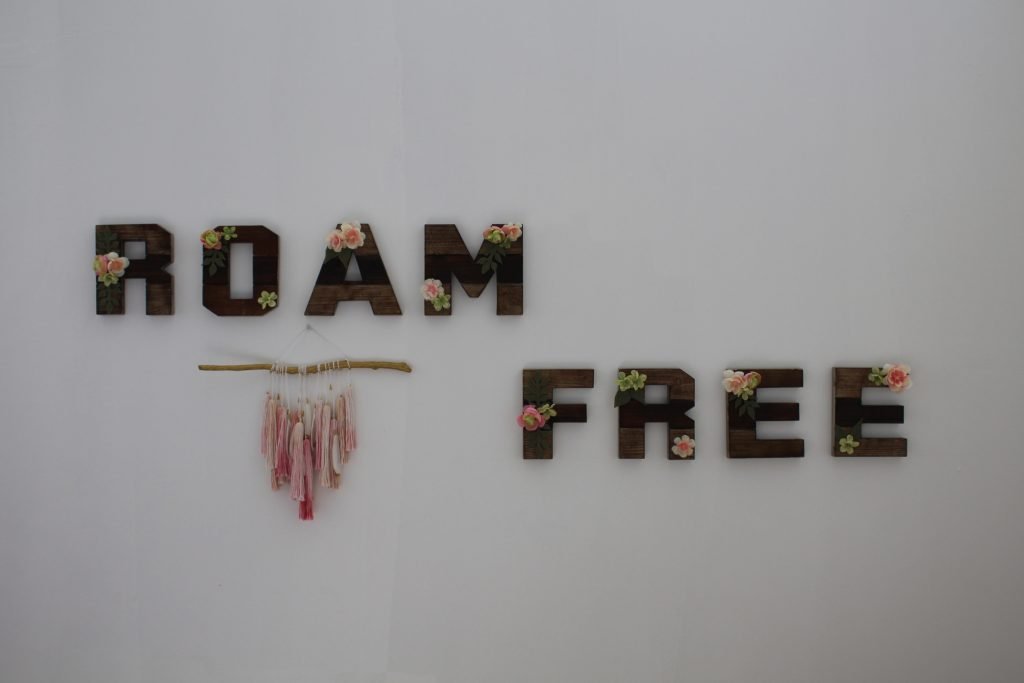 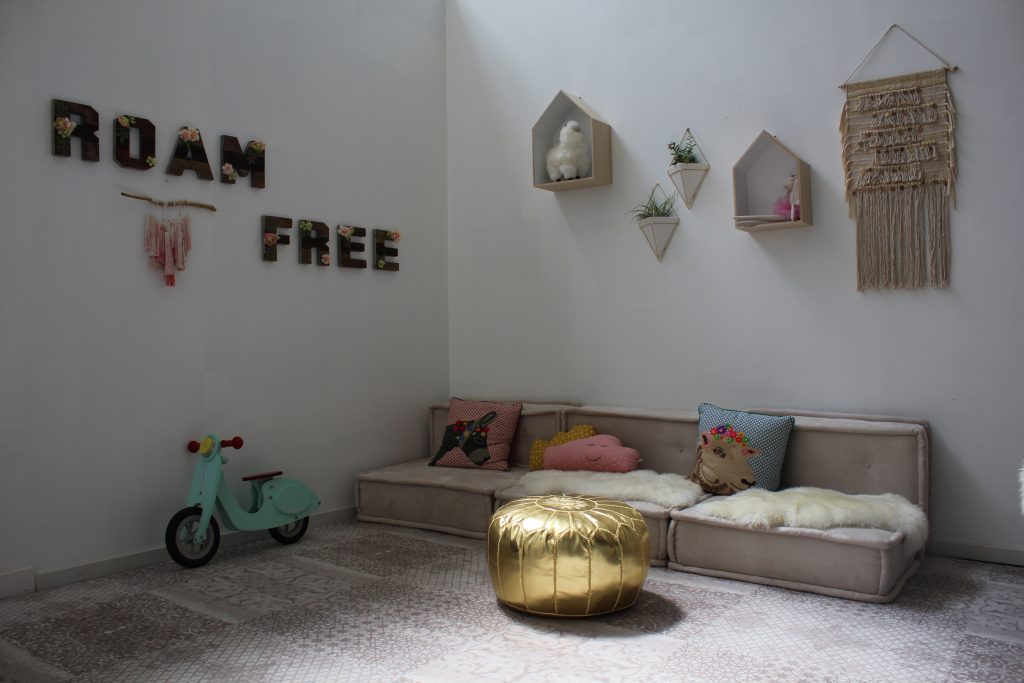 Inside the Granados’ Little Nomad office space. An example as to how the Little Nomad play mats are both stylish and functional. Photo Credit: Gillian Hixson. 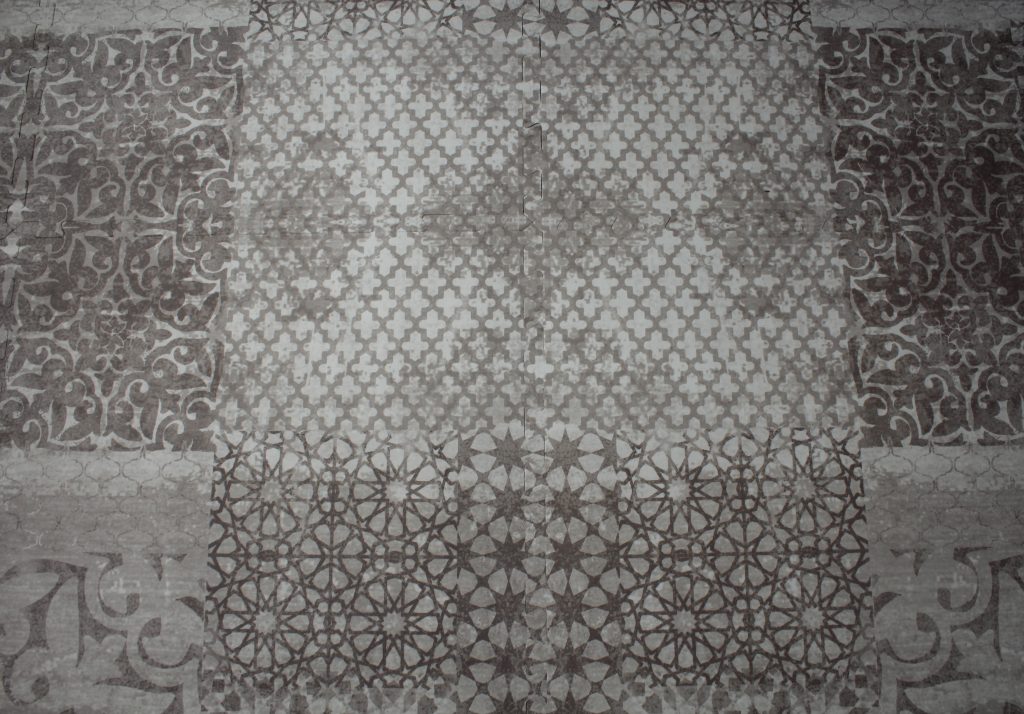 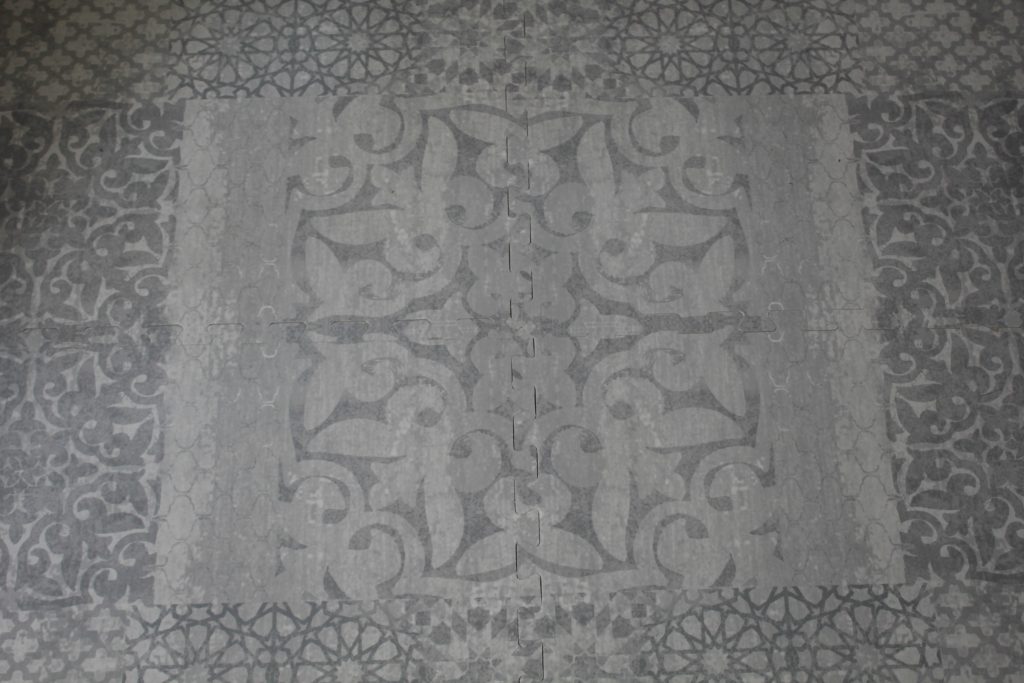 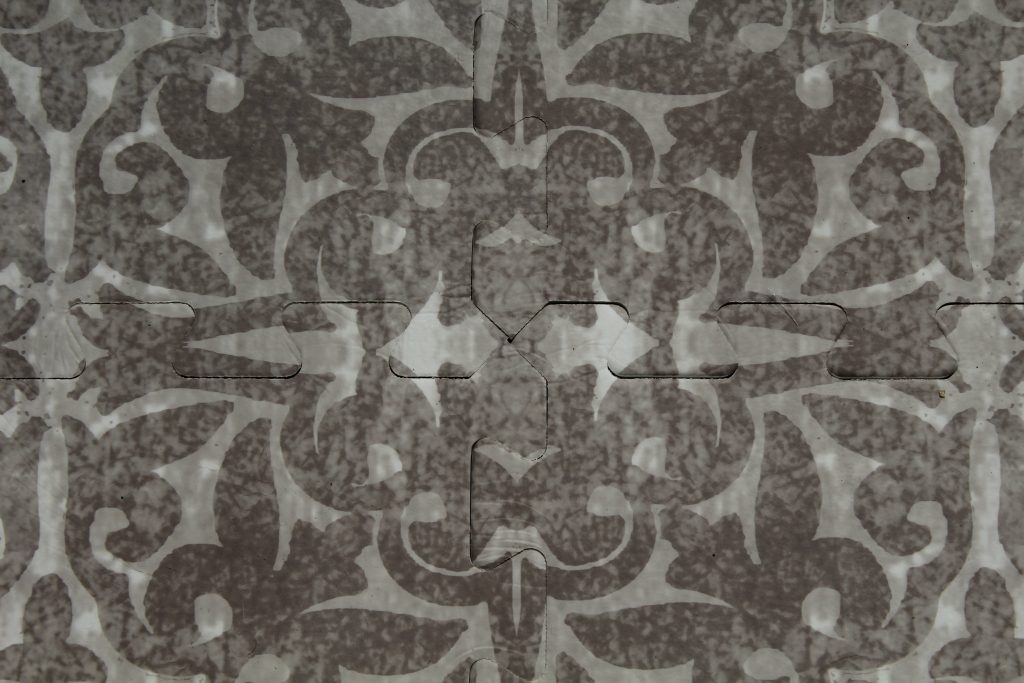 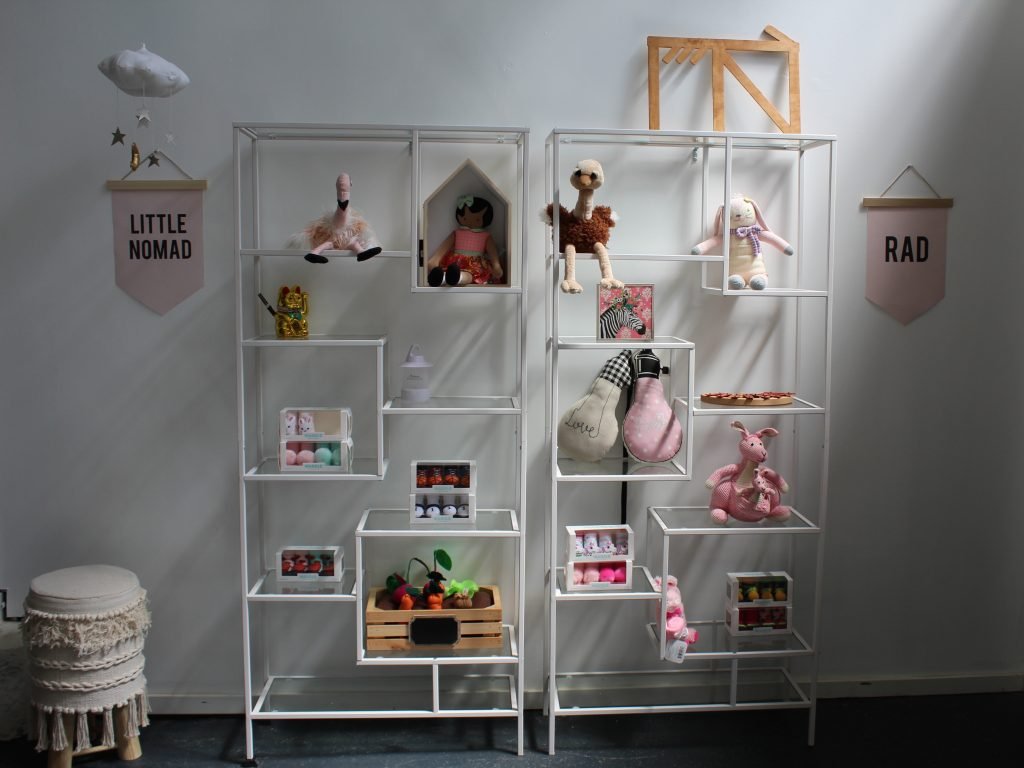 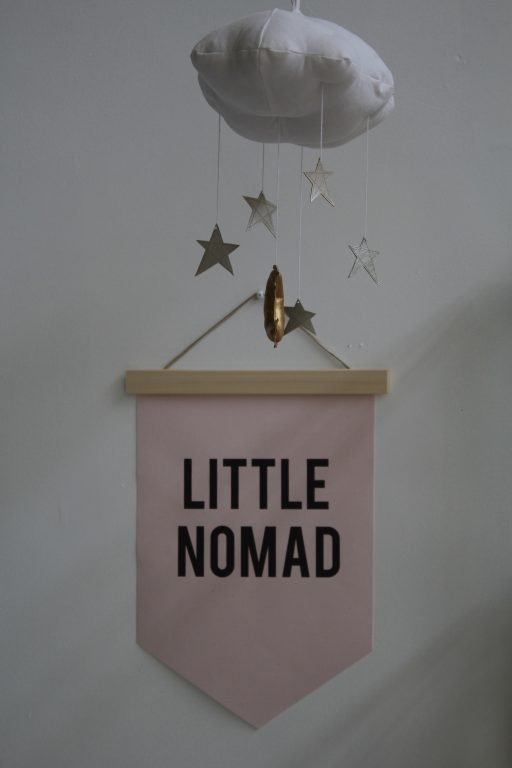