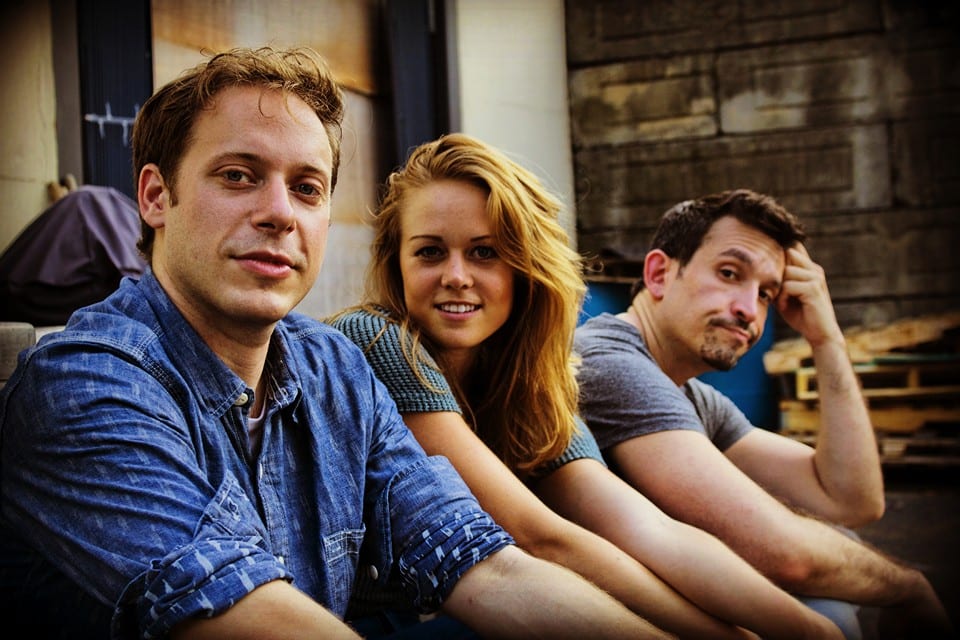 Harrison Greene, a West Hartford native and Hall High School graduate, co-stars in a pilot for a 1990s ‘dark comedy’ being shot in Connecticut.

Kick it back to the ‘90s when juice bars were making a splash with “Gener’s People” (pronounced “Generous”), a television series shot in numerous Connecticut towns that will be pitched to major networks.

Middletown’s ElfinMachina Productions and the creators of “Crushing Pennies” and “American Jubilee” have launched an Indiegogo fundraising campaign to finance shoot locations, pay additional actors and crew and purchase equipment necessary to take the show to the television screen.

Creator/director Ryan Casey, of Middletown, has created a “Breaking Bad” meets “Mad Men” meets “Twin Peaks” style dark comedy that tells the story of up-and-coming juice bar Gener’s Juice Co. building a local juice empire at the forefront of the ‘90s juicing boom in a small, conservative town. Although set in a juice bar – it mainly follows the twists and turns of the main characters’ lives as dramatic intrigue surrounds their complex relationships and an important later-to-be-revealed plot twist that includes an innovative but risk-laden strategy to get ahead.

Plans are for the pilot to be used to launch a television series, and the producer already has connections at major networks and outlets including Netflix, Marvel and truTV.

The pilot is being filmed at Connecticut locations like Hartford’s new vintage speakeasy-esque bar Little River Restoratives, Middlesex Community College and the city hall and Half Full Brewery in Stamford.

Faya has been featured in “Sesame Street” and “Mysteries of the Museum” on the Travel Channel. He is a member of SAG/AFTRA, earned a B.A. in drama studies at State University of New York at Purchase College and is the host of GoFest.tv. He has done commercials for Custom Ink, Toyota, Optimum/Cablevision and has studied with the Upright Citizen’s Brigade.

Greer is a Missouri native and received her MFA in acting from the prestigious Columbia University School of the Arts. She has also starred in many theater productions in New York City.

Greene, a Connecticut native who now lives and works in New York City, graduated from UConn with a B.F.A. in acting and William H. Hall High School in West Hartford. He has appeared in theater productions in N.Y.C., as well as at Playhouse on Park in West Hartford and Connecticut Repertory Theatre in Storrs. Greene is also a member of the Brooklyn Actors Troupe.

Casey, who earned a master’s degree in communication at the University of Hartford, wrote the first season and the treatment script (with edits from cinematographer Dave Sikora, of Plainville). Both are serving as co-producers. Sikora was awarded Best Cinematography for his work in the New Haven 48 Hour Film Project in 2015. Jill Scott, of Manchester, is casting and second assistant director. Farmington’s Jessie Sawyer is art director. George Vasilli and Geno Cuddy are production assistants.

“It’s an original drama that hasn’t been done before,” Casey said. “We are also infusing with ‘90s subcultures – such as the rave culture that was so prominent at that time. The cast and crew are some of the best out there currently in the northeast. We cut down from over 800 applicants. This is the A-Team of fiction on the screen, both crew and cast-wise.”