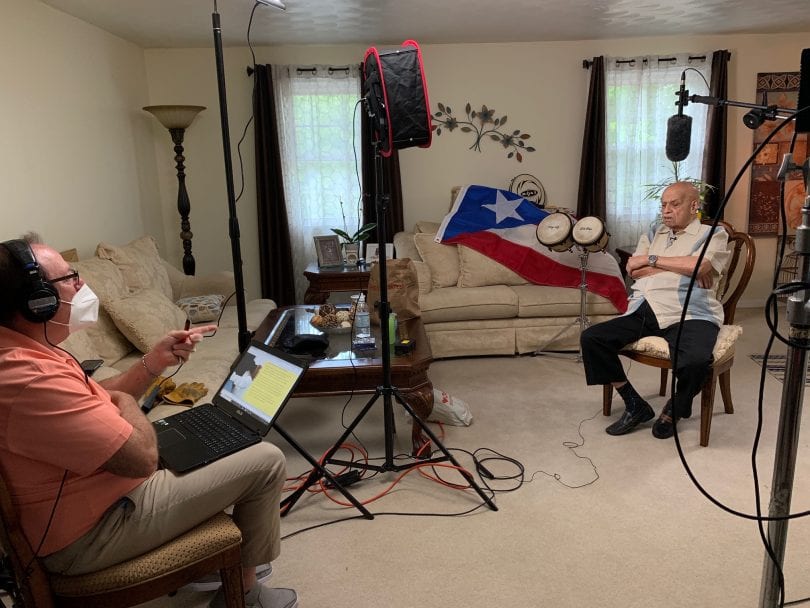 Tom Ferdman interviews a client in his home as he creates a Spotlight Legacy video. Courtesy photo 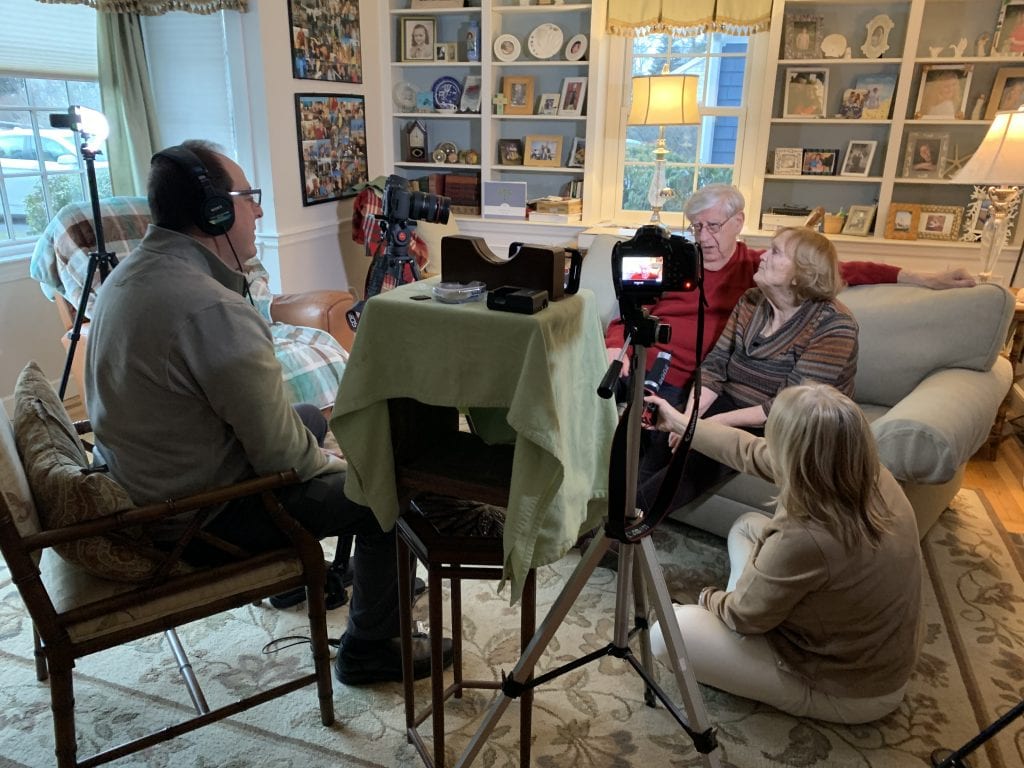 To veteran producer and EMMY award-winning editor Tom Ferdman, nothing is as precious as family. Now a resident of East Granby, the West Hartford native is a proud father of four and doting grandfather of three.

This month, after 35 years in the multimedia industry, he adds a new title to an already impressive résumé. With the launch of his video production firm Spotlight Legacy, Ferdman is diving headfirst into the world of entrepreneurship.

Although the inspiration behind his production firm is multifaceted, Ferdman says the death of his father in 1989 sparked his desire to preserve family memories in a meaningful way. Spotlight Legacy aims to capture the stories and traditions that make each family unique through personalized videos that Ferdman refers to as “modern heirlooms.”

“Like a lot of World War II veterans, [my father] didn’t have much to talk about as far as stories from over there,” said Ferdman. “He just never wanted to talk about it. When he finally aged into loosening up and he did start telling stories, it was too late. He died three months later from pancreatic cancer.”

At the time of his father’s passing, Ferdman was just 28, but he still recalls the deep sadness he felt at losing the opportunity to better know the man who raised him. “You know, that puts a gut-wrenching feeling in your stomach,” he said. “Because now all those stories that I never knew are gone forever. I thought to myself, ‘Man. I wish I had those stories.’”

Over the years, this sentiment stuck with Ferdman, but the demands of his professional life didn’t leave much time for further exploration. Ferdman spent the majority of his career employed by Aetna in Hartford, working first as a cameraman, then as an editor and producer before eventually going into management. 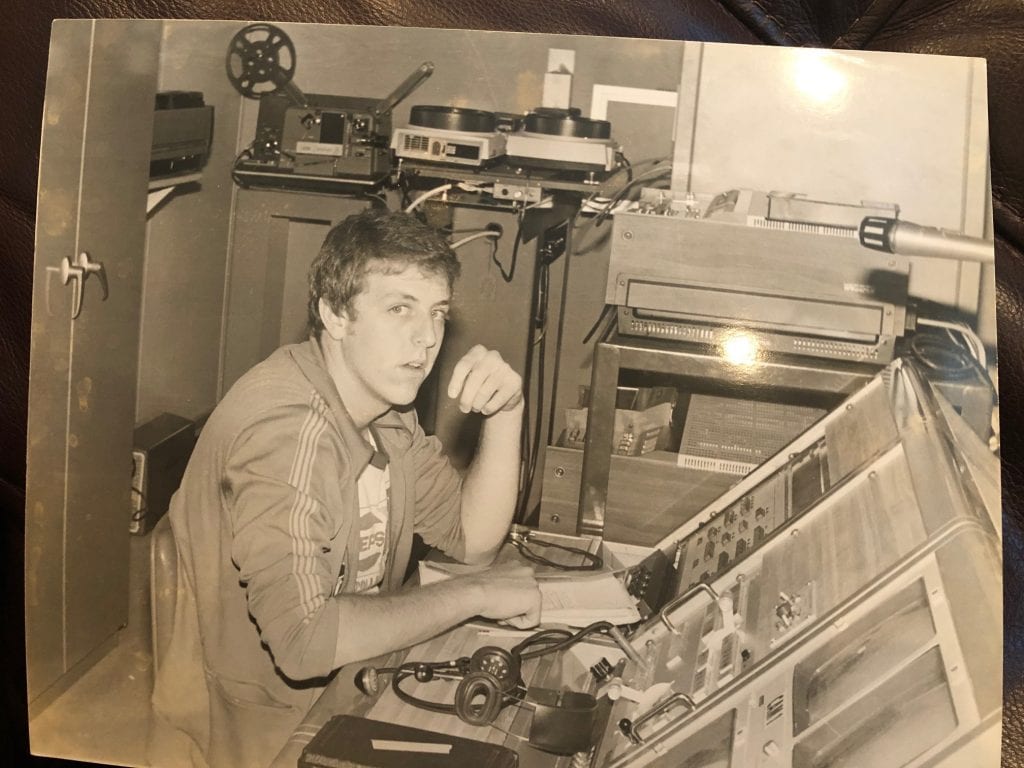 “Every stage of it was really fun and I enjoyed it,” he said. “Wherever I walk, I’m fine with it. I like all aspects of video production.”

When Aetna offered him an early retirement package, however, Ferdman decided it was time to take his work in a new direction – one that felt more meaningful.

“[Accepting the package] allowed me to have 15 months on my own and do the things I wanted to do – travel, family, projects, you name it,” Ferdman said. “Sometimes there were days where I looked up at the sky for about eight hours and did nothing. It was kind of crazy, but it was neat.”

It was during this period of professional downtime that the idea of capturing old stories came back to him in full force. “It all sort of meshed together,” Ferdman said. “I’ve been in this business long enough where I know I don’t want to do corporate work anymore. I want to do feeling – the kind of thing that makes me happy when I go to bed at night. All these components came together for me at once, and I said, ‘Okay. I know I didn’t invent this, but I’m going to go ahead and do this.’”

While his work is now driven by a new purpose, Ferdman is no stranger to listening to people tell their stories. One aspect of his job at Aetna required him to interview hundreds of individuals a year. “I was there a long time, so that’s a lot of interviews,” said Ferdman.

Throughout his career, he estimates he has interviewed several thousand people.

“This is what really interests me,” Ferdman said. “I love hearing stories about people. I love to talk to them and get their perspective on what they’re talking about. Sometimes stories kind of babble on; other times they don’t. But when they do babble on, you need people like me to form the directive.”

When spending time with his beloved grandchildren, who call him “Dodle,” Ferdman shared how storytelling plays a role in strengthening family relationships.

“We’ll be doing something like making pancakes or eggs in the morning if they sleep over or if they just come over early. I’ll do something, and inevitably one of my grandkids will go, ‘Dodle. How did you do that? Did you always do that?’” said Ferdman. “And then I’ll have a little story ready for them. You know – ‘Yeah! Back when I was in college, I didn’t have a lot of money, so I had to make food like this.’ Those stories sort of start to pile on and on and on. And I know [these kinds of stories] are just going to slip away and be forgotten forever unless I sit down and put them on tape.”

In this uncertain time, Ferdman emphasizes the gravity of preserving small moments like these.

“It’s the little trinkets that are so important,” he said. “These things have been discussed very recently through the pandemic, because there’s been a lot of time spent at home, and there’s been a lot of questions that people have had the opportunity to ask that they just didn’t before in daily life. Whatever you can get is going to be extremely vital later on down the line in terms of holding your family culture together.”

Spotlight Legacy is rooted in the beliefs that storytelling is powerful, life is fleeting, and family is ultimately everything. Ferdman is open about the fact that for him, this business is first and foremost a passion project.

“I know this sounds like a line, but after 35 years in the corporate arena, I’m not doing this for the money.” Here, Ferdman paused and laughed, displaying his easy sense of humor. “I mean, yes – I’ll take some of the money. But I’m never going to get rich off something like this. I do this because I enjoy it. And that’s it.”

Ferdman will travel to meet with clients, or can meet with them directly for initial consultations at West Hartford Coworking.

For more information on Spotlight Legacy, or to reach out to Tom Ferdman directly, visit www.spotlightlegacy.com. 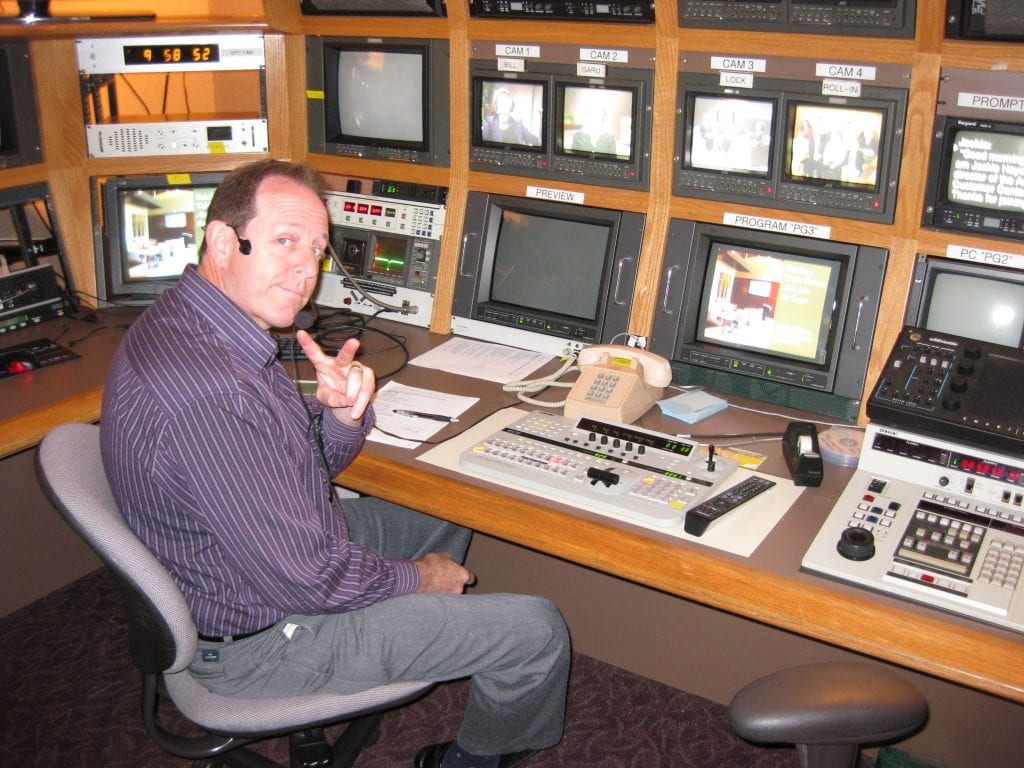