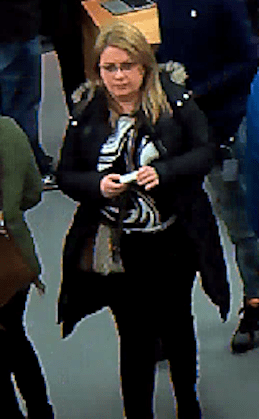 West Hartford Police have released a surveillance photo of a woman who allegedly stole a wallet from someone at Whole Foods on Raymond Road, and believe she is the same person involved in another similar case.

According to police, the woman pictured in the surveillance photo above allegedly stole a wallet from someone at Whole Foods on Raymond Road in West Hartford on Feb. 25, and then used credit cards from the stolen wallet at the Apple Store and Macy’s at Westfarms.

Police have still been trying to identify the woman pictured below in connection with a purse stolen from Trader Joe’s in Corbin’s Corner in West Hartford on Jan. 17, and believe that the suspect is the same person.

In the Jan. 17 case, police said, that woman and another suspect stole the purse and then attempted to use the victim’s credit card to purchase merchandise at Westfarms Mall. The incident took place between 3:30 p.m. and 4 p.m., police said.

Police ask that anyone with information regarding either of these cases call either Off. David Santora or Off. Ryan Dudzinski at 860-523-5203.

West Hartford Police also issued a reminder to people to keep valuable items with them at all times, and warned that thieves commonly take unattended items in shopping carts when the owners’ backs are turned. 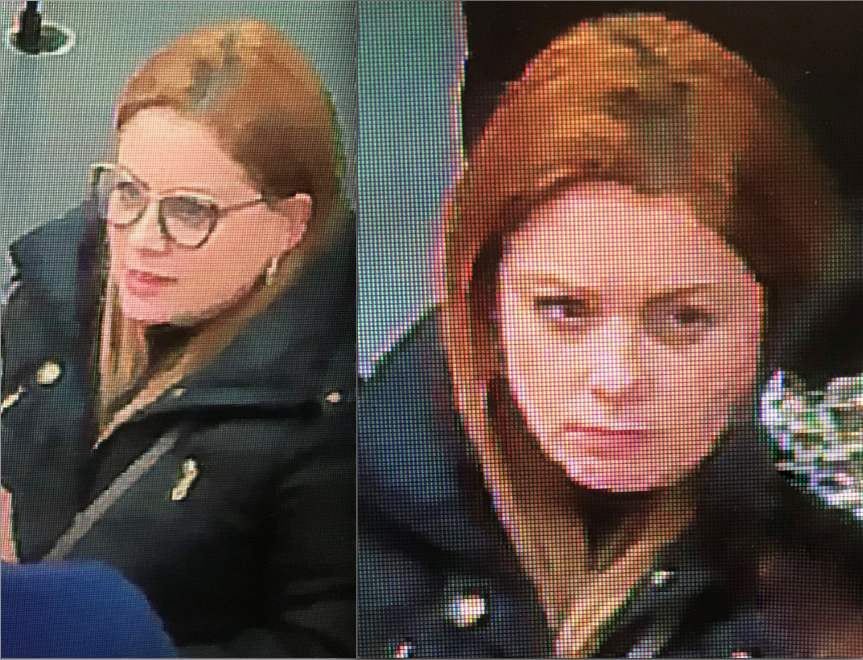 Police believe that this suspect in a purse-snatching, shown in two images from Jan. 17, is the same woman who stole a wallet from Whole Foods on Feb. 25. Courtesy of West Hartford Police