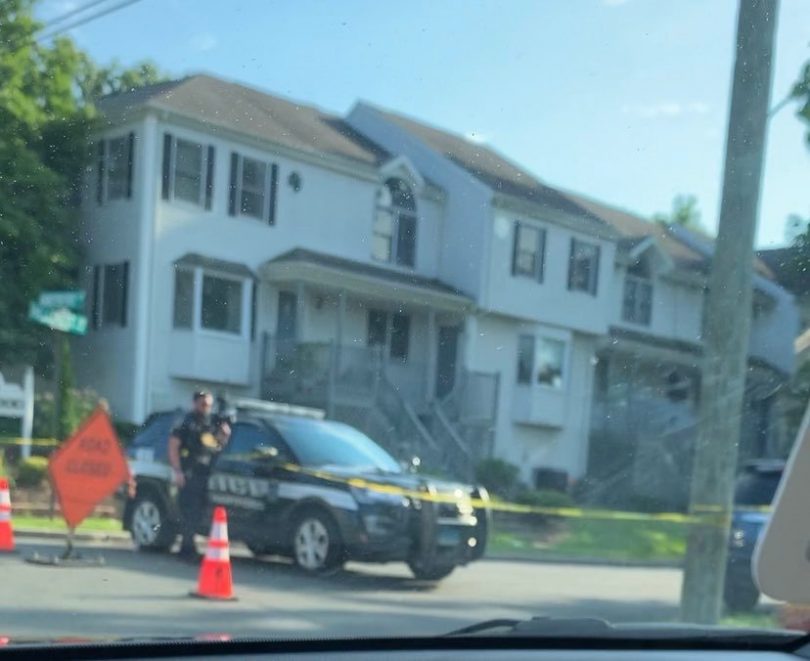 A portion of Hillcrest Avenue in West Hartford was closed for several hours while police were engaged in a standoff with a barricaded individual. Courtesy photo (we-ha.com file photo)

A man who was involved in a stand-off with police on July 22 faces multiple charges in the incident.

A 34-year-old West Hartford man has been arrested by police and faces multiple charges following an incident on July 22 that involved what police now said were bullets fired into a neighbor’s residence followed by a stand-off that lasted more than six hours.

West Hartford Police said Richard Budnick, 34, of West Hartford was arrested by warrant on Monday and has been charged with illegal discharge of a firearm, second-degree reckless endangerment, and third-degree criminal mischief.

Police said Friday night that “projectiles” had been fired into a residence on Hillcrest Avenue and according to Assistant Chief Larry Terra, “subsequent investigation determined that the projectiles were in fact bullets fired through the wall” from the residence next door. The residences are two-story condominiums.

Police had attempted to make contact with the man now identified as Budnick, but he had refused to speak with police and barricaded himself inside his unit and engaged in a stand-off that lasted for more than six hours while roadways in the area were closed to vehicles and pedestrians. Budnick was eventually detained by police and taken to an area hospital for evaluation.

No one was injured in the incident.

According to police, Budnick is being held on $20,000 surety bond and scheduled for arraignment in Superior Court on Tuesday. Online court records indicate that he has previous convictions for driving under the influence and possession of a controlled substance.