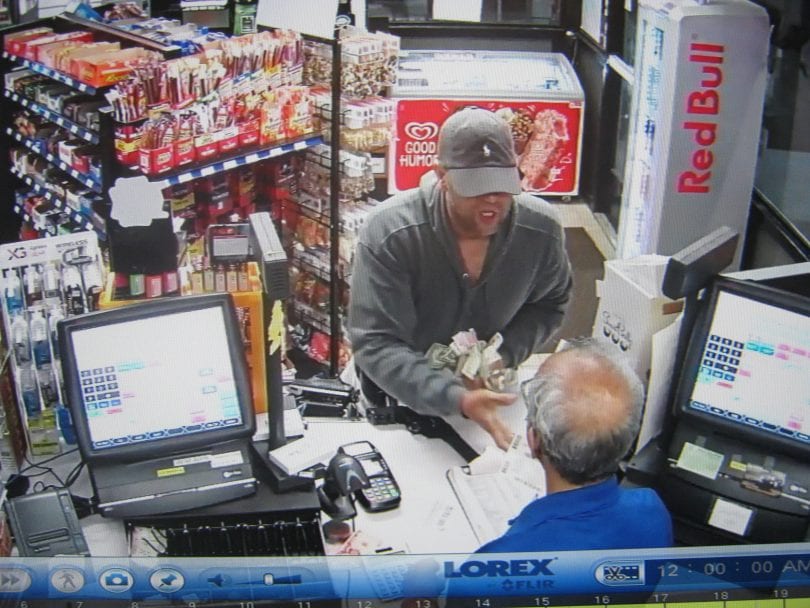 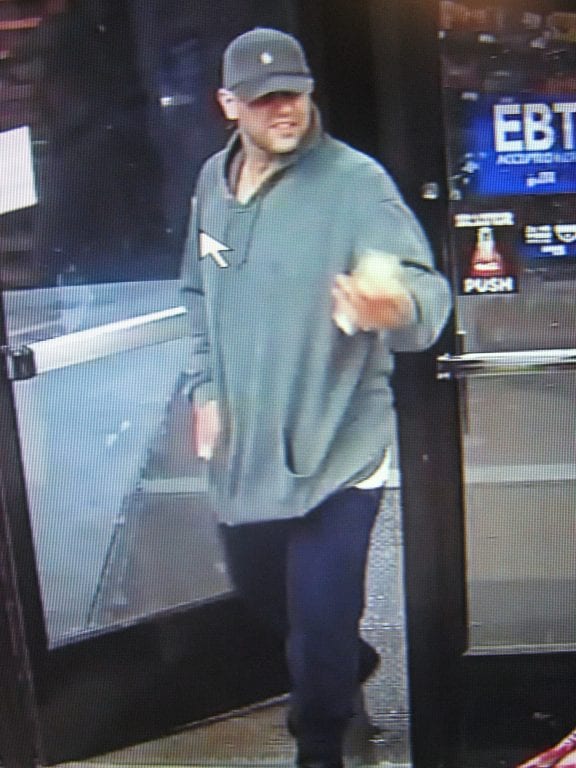 West Hartford Police released surveillance photos on Tuesday of three armed robberies that had taken place in the area over the past week, and said Thursday that they believe the same suspect has robbed yet another gas station convenience store.

On Wednesday, April 25, 2018, at 9:40 p.m., the clerk at the convenience store at the Sunoco at 3191 Berlin Tnpk. in Newington was robbed at gunpoint by a man police believe to be the same suspect in two armed robberies in West Hartford and one in Plainville over the past week.

Police described the suspect as a light-skinned male in his 30s or 40s, average height with a stocky build. In the most recent robbery, as in the previous three robberies, he brandished what police said appears to be a black revolver. On Wednesday, he was dressed in a gray long-sleeved shirt, baseball cap, and navy sweatpants. 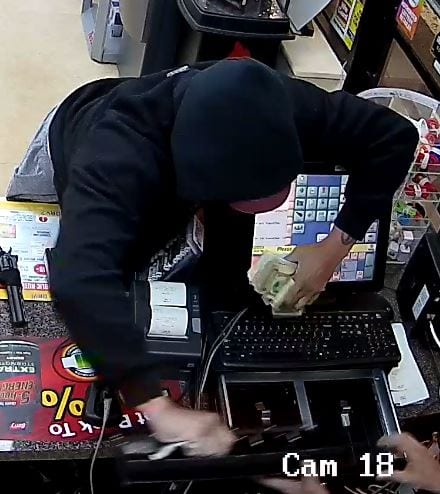 A tattoo is visible on the left forearm of the suspect in an April 23 robbery of the Supreme Gas, 141 Park Rd., West Hartford. Photo courtesy of West Hartford Police

The suspect appears to have a horseshoe-shaped tattoo on his left forearm, police said.

According to police, the suspect may be driving a small, dark-colored sedan.

Police are asking the public’s assistance in identifying the suspect.

The first incident happened on Thursday, April 19, at 8:55 p.m., at Supreme Gas, 141 Park Rd., West Hartford. In the surveillance photo released by police, the suspect was wearing a white Nike jacket with a hood, a white baseball cap, white sweatpants, and black sneakers.

On Saturday, April 21, a man who appeared to be the same suspect robbed the convenience store at the Sunoco at 380 New Britain Ave. in Plainville at 9:35 p.m., police said. In the surveillance photo he was wearing a black or navy hooded jacket and a baseball cap.

Anyone with information about the suspect is asked to contact the West Hartford Police Department Detective Division at 860-523-5203.