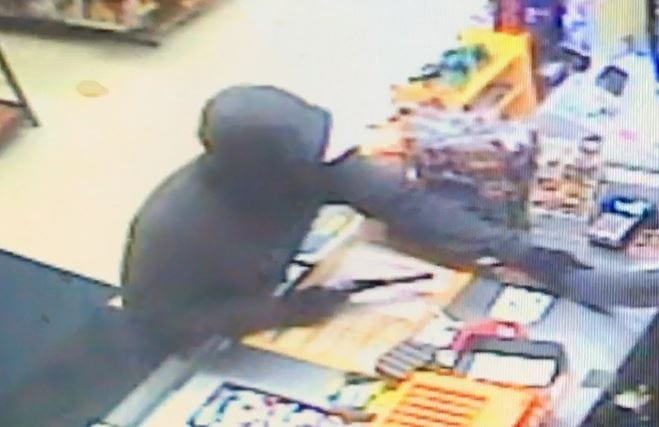 West Hartford Police said that an armed robbery took place Monday night at Sam’s Food Store in Elmwood. [This story has been updated with surveillance photos of the suspect.] 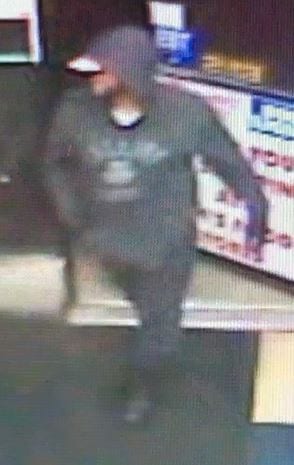 A man robbed the Sam’s Food Store at 1149 New Britain Ave. at gunpoint on Monday night, and police are currently searching for the suspect.

According to Capt. Kevin McCarthy, the incident took place at 9:26 p.m., when a suspect entered the store and pulled a large revolver from his waistband, demanding money from the clerk. He fled with an undetermined amount of cash, McCarthy said.

There were no reported injuries.

The suspect is described by police as a white male, about 5 feet 6 inches tall, and he was wearing a gray sweatshirt and gray sweatpants.

McCarthy said there is a “possibility but it is unconfirmed” that the suspect is the same man who is a suspect in four other recent convenience store robberies in West Hartford, Newington, and Plainville.

A K-9 team from East Hartford assisted with the search but the suspect could not be tracked, McCarthy said.

Anyone with information should contact West Hartford Police at 860-523-5203.