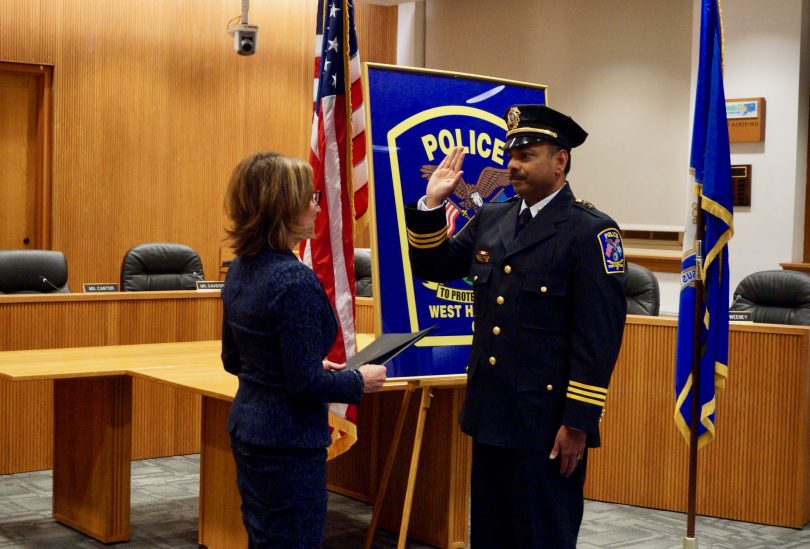 Lawrence “Larry” Terra, a former State Police trooper who was most recently with the Canton Police Department, was sworn in as assistant chief of the West Hartford Police Department on Monday, Dec. 16. 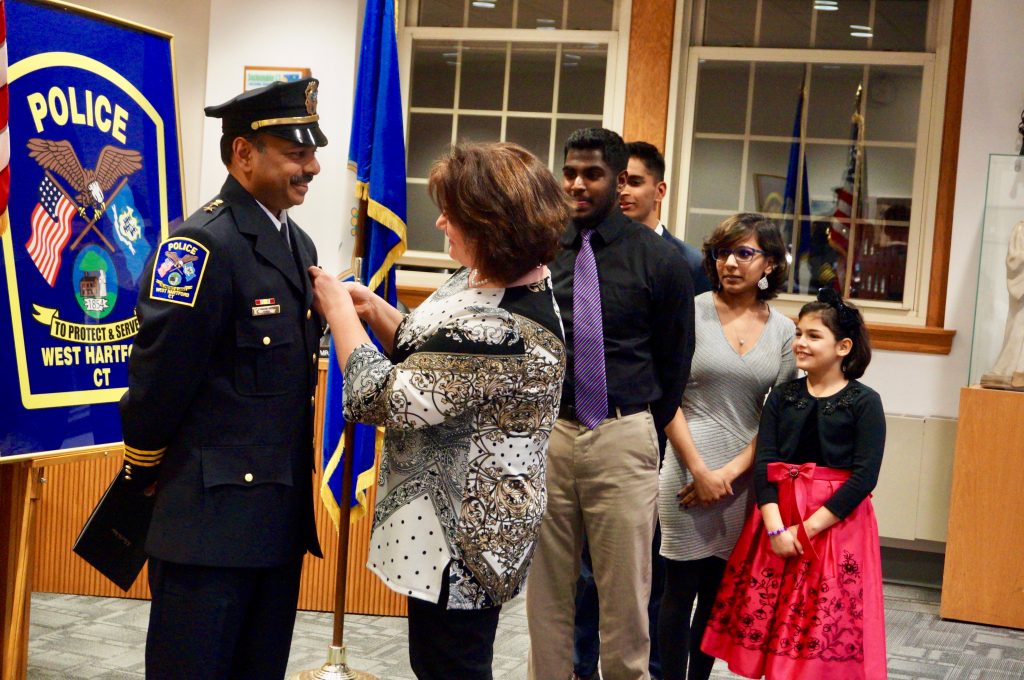 The West Hartford Police Department has announced the hiring of Lawrence “Larry” Terra as an assistant chief, and held an official swearing-in ceremony on Dec. 16.

“As you know you’re joining a department with a long and storied history,” Town Manager Matt Hart said, noting that the West Hartford Police will celebrate its 100th anniversary in 2020.

“Public safety is very much a priority for the Town of West Hartford,” said Hart, and that has been the case for many decades. Public safety is highly valued, and is a major factor in the many accolades the town has received, he said.

Hart said he was very impressed by Terra throughout the interview process – his experience, his education, and his accomplishments.

Chief Vernon Riddick said the process of selecting a new assistant chief began about six months ago, and there were initially 18 applicants. “We cut it down to the top 10 to participate in the first round of interviews and then we selected the top four for the final round. Assistant Chief Terra rose to the top of the heap,” Riddick said.

When he spoke to the other three finalists and told them that Terra had been selected, Riddick said, “Each one of them stated, “If I were chief I would have hired Larry, too.'”

He is known statewide for his commitment to excellence, Riddick said. 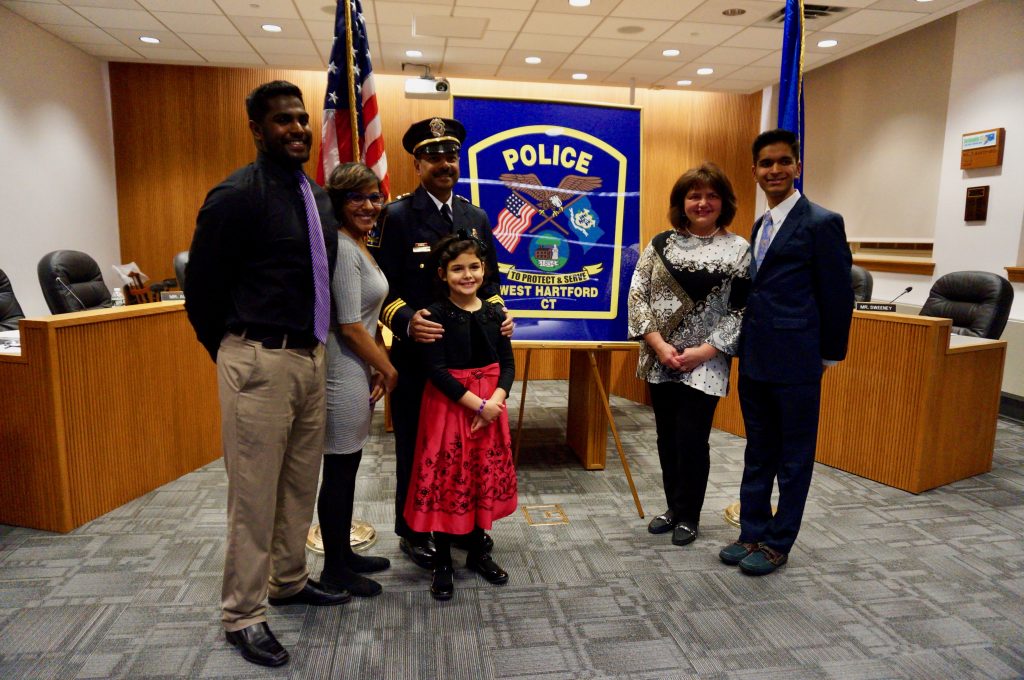 West Hartford Mayor Shari Cantor administered the oath of office, and Terra was pinned by his wife, Beth. Four of his six children, who range in age from 8-22, were also in attendance at the pinning.

Terra thanked all who have guided him throughout the years, particularly his wife who has supported him through his military service, two police academies, prior police agencies, and law school. He also thanked West Hartford officials for having faith in him.

Terra, a resident of New Hartford, brings extensive and varied experience to the position, with 32 years of service that includes a 20-year career with the Connecticut State Police from which he retired as a lieutenant, the U.S. Coast Guard Reserve, and as a seven-year veteran of the Canton (CT) Police where he most recently served as a captain and second in command with responsibilities that included operations, administration, and as the public information officer, and has developed and implemented innovative and efficient procedures for many aspects of the department operations.

According to his official bio, “Terra has extensive experience in policy and procedure development and refinement, and labor relations and grievance handling experience, labor contract interpretation and application to agency operations. He is skilled in testifying as the employer’s primary witness in labor hearings and court cases. He makes discipline recommendations for policy violations when appropriate and within progressive discipline framework. He focuses on regulatory and statutory compliance and agency liability prevention through policy development combined with training to all employees.” 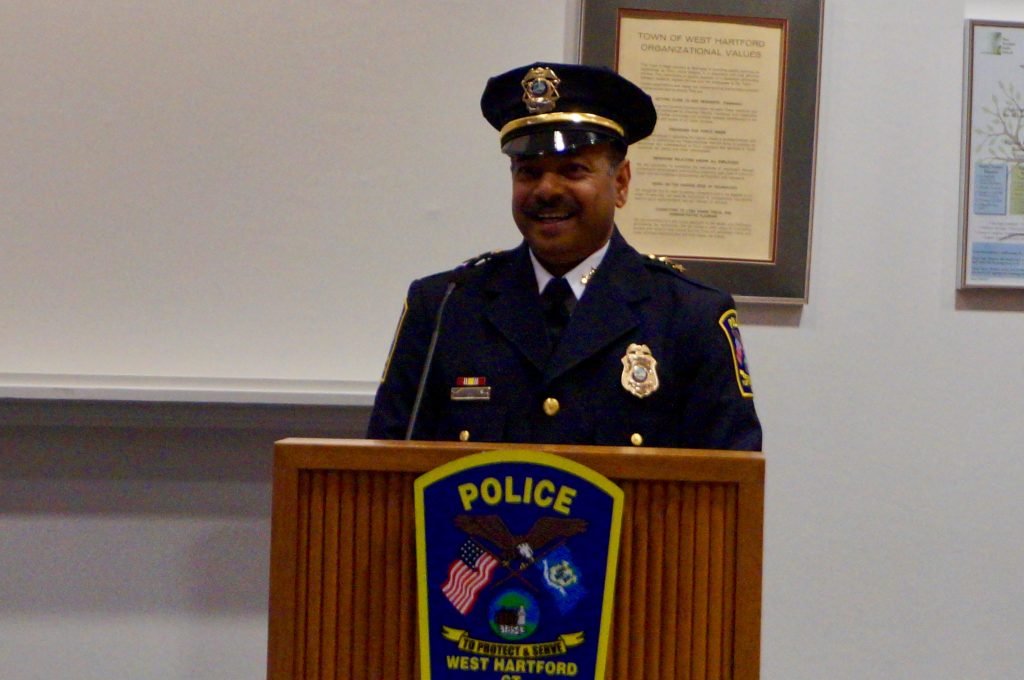 His skills also include emergency response and large community event planning, and in Canton was responsible for providing primary defense to applicants appealing pistol permit denials.

Terra also has a legal background and as an attorney with the Daigle Law Group has provided annual legal update training at the West Hartford Police Department to municipal and state law enforcement officers from 24 different agencies and instruction at the Daigle Law Group Use of Force Summit. He has also developed policy for law enforcement leadership and agencies, and has supplied corrective re-training where needed.

Terra is also certified as a trainer in police officer standards, a Training Council legal trainer, and an associate professor in the criminal justice program at Post University.

While with the Connecticut State Police, Terra commanded a variety of units, including Special Licensing and Firearms and the Sex Offender Registry, and held leadership positions with the Western District Major Crime Squad, Internal Affairs, and the State Forensic Lab-Scientific Service. He was previously a resident trooper in Norfolk and East Granby.

Early in his career, Terra was a patrol officer, SWAT team member, and a street-level narcotics officer with the Bloomfield (CT) Police Department.

Terra’s eight years with the U.S. Coast Guard Reserve, where he was a petty officer, included responsibilities as a port security officer and marine law enforcement officer, and he conducted vessel boardings in Long Island Sound to enforce federal regulations.

For the past seven years, Terra has been an active participant in Avon/Canton Rotary Club food and toy donation drives. 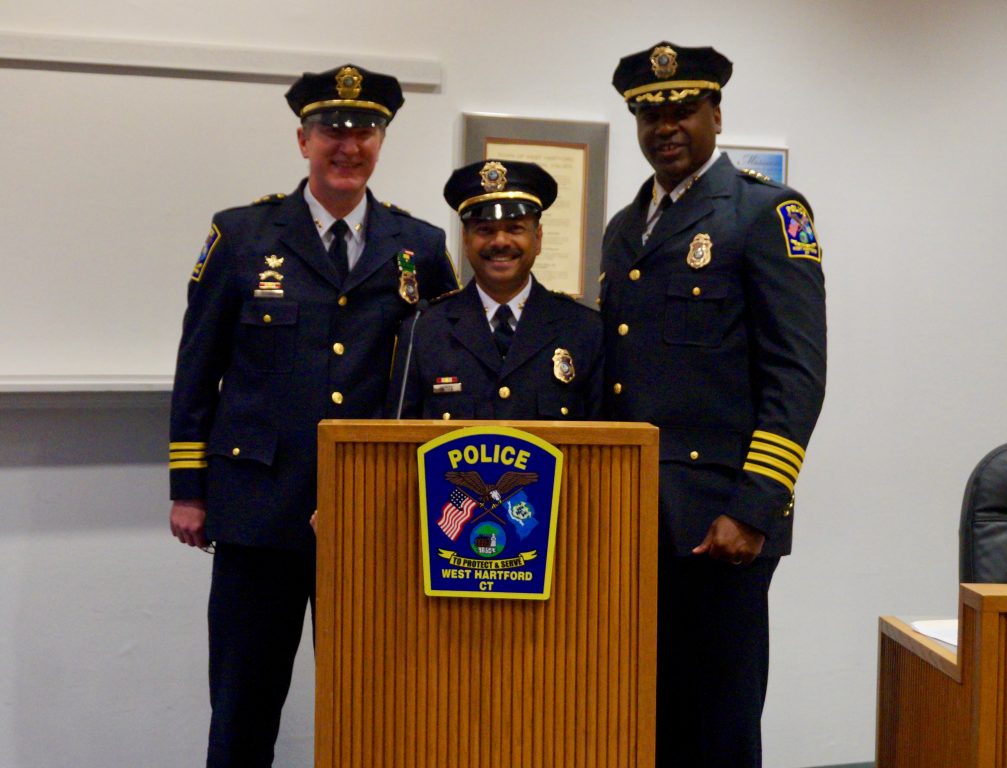 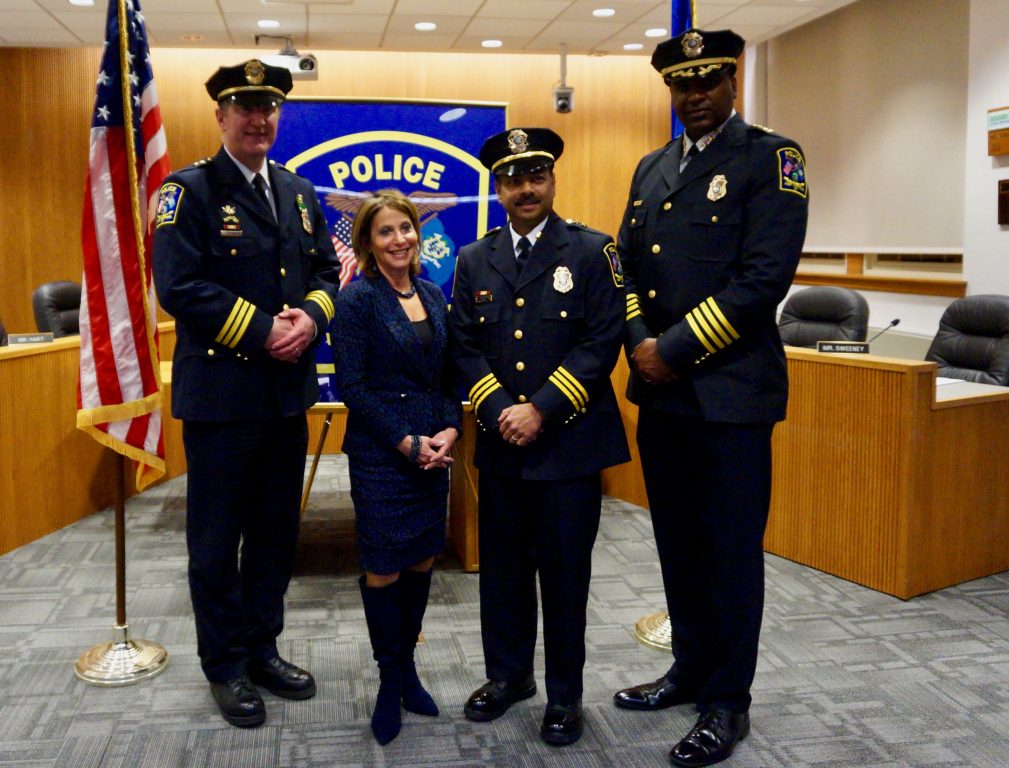