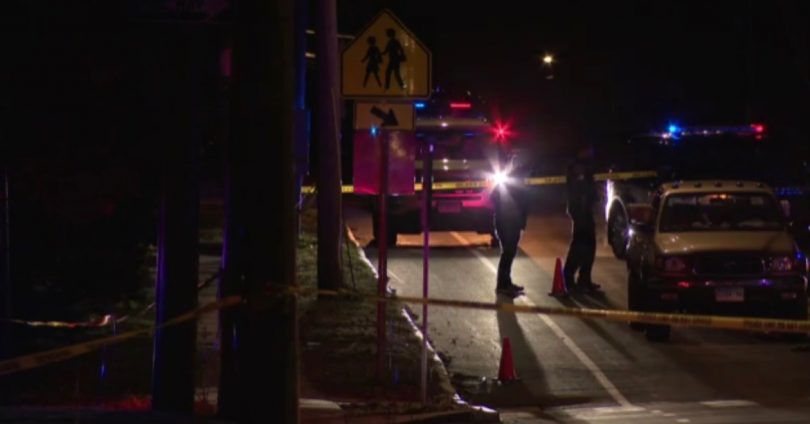 West Hartford Police on the scene of a fatal incident involving a car and a pedestrian. Photo courtesy of WTNH

West Hartford Police are continuing their investigation into the incident and are actively seeking the public’s help.

West Hartford Police said Wednesday that Eugenia Yurovsky, 89, of West Hartford, was the pedestrian who was fatally struck by a driver who then fled the scene.

The incident occurred near the intersection of Boulevard and Whiting Lane, shortly before 5 p.m. Tuesday. Police said their initial investigated suggests the vehicle involved was a white or light-colored sedan. 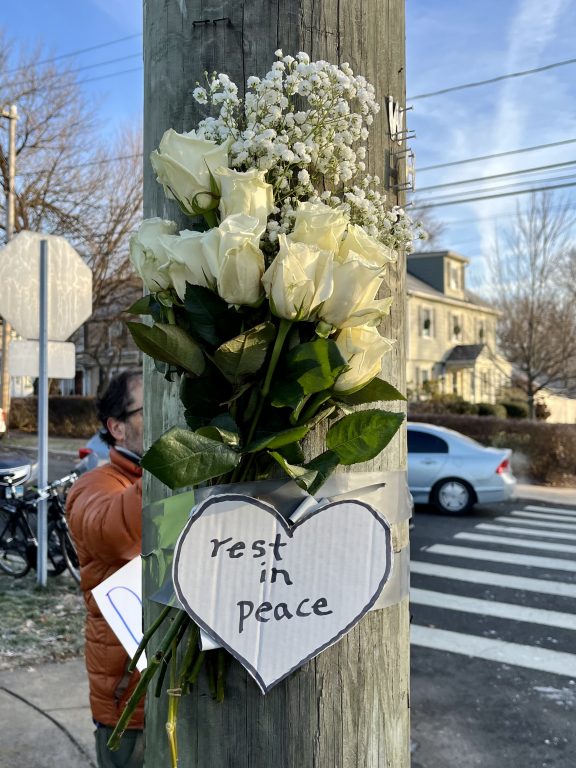 A memorial to Eugenia Yurovsky, who was killed by a hit and run driver has been attached to a utility pole on Boulevard. Photo courtesy of Bike West Hartford

Responders provided medical care at the scene, but Capt. Daniel Moffo said in an email Tuesday evening that “despite life-saving efforts, the pedestrian suffered fatal injuries as a result of the collision.”

The incident remains under active investigation by the West Hartford Police Department Accident Reconstruction Team, and police are looking for eyewitnesses and also asking any residents of Boulevard between South Quaker Lane and Prospect Avenue “to review and provide any doorbell or video surveillance footage that may depict a light colored sedan with front end damage, or any vehicle that may have been involved in this collision. Additionally, any motorists who traveled through the area of Boulevard and Whiting Lane that have in-car camera systems are encouraged to review their footage and provide us with any information that matches the previous descriptions.”

The town also utilized the Everbridge network to transmit a message to residents requesting information, and also said they are looking to identify and speak with any passengers who may have been aboard CT Transit bus No. 69, which is the Capitol Avenue Route, around the time of the collision.

Anyone who has information regarding this incident is asked to contact West Hartford Police at 860-523-5203, or via the anonymous tip line email 860-570-8969 or by email at [email protected].