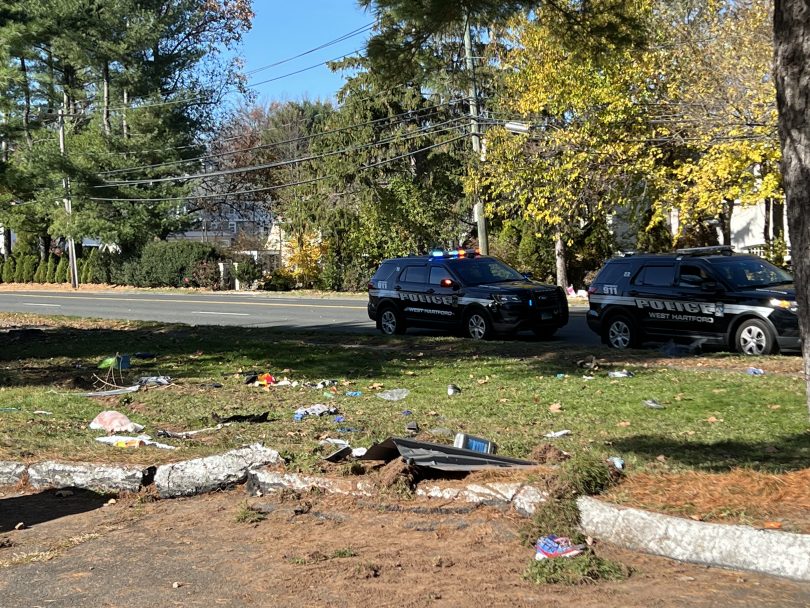 West Hartford Police said early Friday morning that they are investigated reported gunfire in a parking lot on the campus of the University of Saint Joseph, and at the same time investigating a motor vehicle crash nearby which may be related.

According to police, there was a report of shots being fired just after 2:20 a.m. Friday in a parking area on the western portion of the University of Saint Joseph campus. The campus is located between Asylum Avenue and Albany Avenue, just west of Steele Road.

Police also responded to a nearby motor vehicle crash involving a single car that had rolled over nearby, on Albany Avenue near Bainton Road.

Police said the motor vehicle crash “is possibly connected to the initial report of gunfire.”

The driver of the vehicle was transported to an area hospital for evaluation and treatment of what police said were “serious injuries” but no further details were made available.

In statement this morning, Stacy Routhier, director of marketing and communications for USJ, said their Department of Public Safety had been notified by West Hartford Police about a shooting incident on campus.

“West Hartford Police have assured USJ that there is no threat to the community and that the campus is safe and secure,” the statement reads. “West Hartford Police are currently on campus investigating the incident. Classes and activities at USJ will proceed today following their normal schedule.” 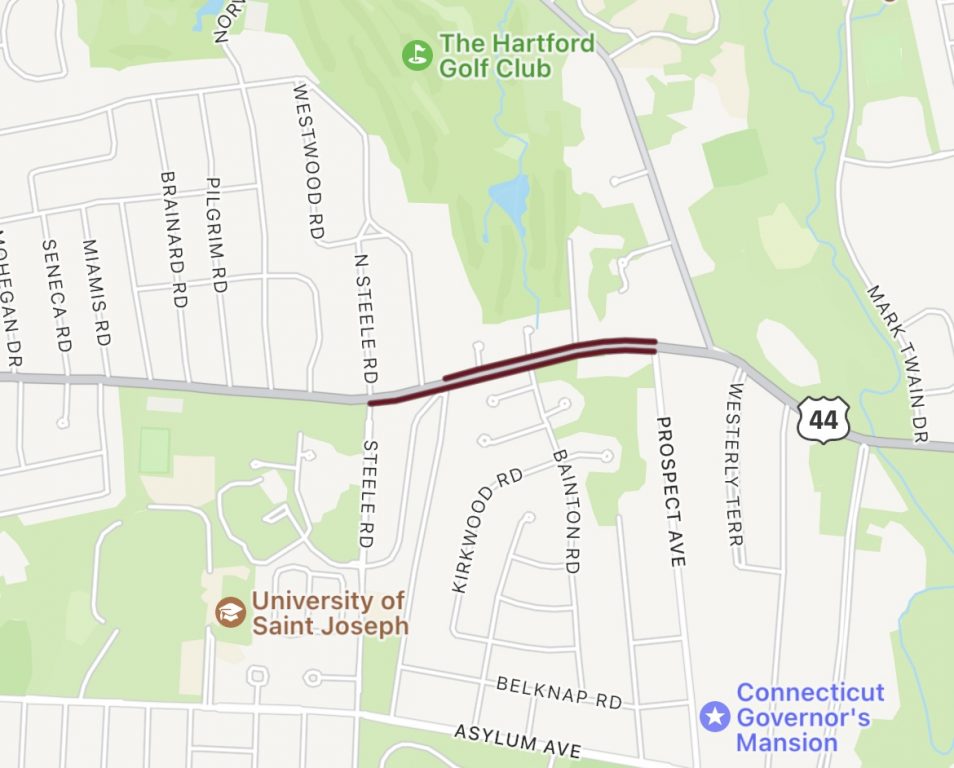 Moffo said no further information is available from police at this time.

West Hartford Police are asking for the community’s patience while roads are closed for the investigation, and are also asking that anyone who may be a witness or has further information about either the gunfire or the motor vehicle crash contact them at 860-523-5203 or through the confidential tip line by phone at 860-570-8969 or via email at [email protected]