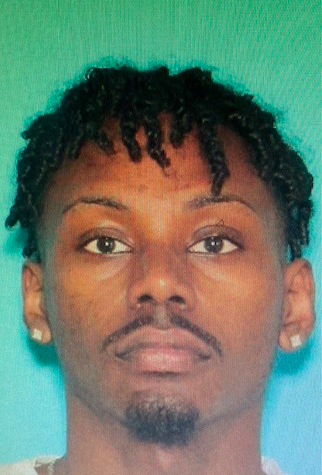 West Hartford Police said late Sunday night that Darnell Barnes, 22, who had been the subject of a manhunt since Friday morning in connection with a shooting on the campus of the University of Saint Joseph and subsequent motor vehicle crash, has been taken into custody and arrested by warrant on multiple charges.

He is being held on $1 million and and scheduled to appear in court on Monday, Nov. 7.

No details were immediately available from police regarding where and how Barnes was taken into custody.

West Hartford Police are asking for the public’s help in locating an individual determined to be a person of interest in a shooting that occurred around 2:20 a.m. Friday on the campus of Saint Joseph University at 1678 Asylum Avenue, and have confirmed that the the shooting and a single-vehicle rollover crash on Albany Avenue near Calvary Church are related.

Sgt. Amanda Martin said the person of interest has been identified as Darnell Barnes, 22. He is a black male, roughly 5-feet 5-inches tall, and weighs 145 pounds.

Police said caution is advised, as Barnes is believed to be armed and dangerous because the firearm has not been recovered.

On Friday evening, Martin said that police have obtained an extraditable warrant for Barnes’ arrest, which is valid anywhere in the United States and in Puerto Rico. When Barnes is located, he will be charged with first-degree assault, first-degree reckless endangerment, evading responsibility, first-degree criminal mischief, and second-degree assault with a motor vehicle. The court has set bond at $1,000,000, Martin said.

Earlier today USJ issued a statement that read: “West Hartford Police have assured USJ that there is no threat to the community and that the campus is safe and secure,” the statement reads. “West Hartford Police are currently on campus investigating the incident. Classes and activities at USJ will proceed today following their normal schedule.” 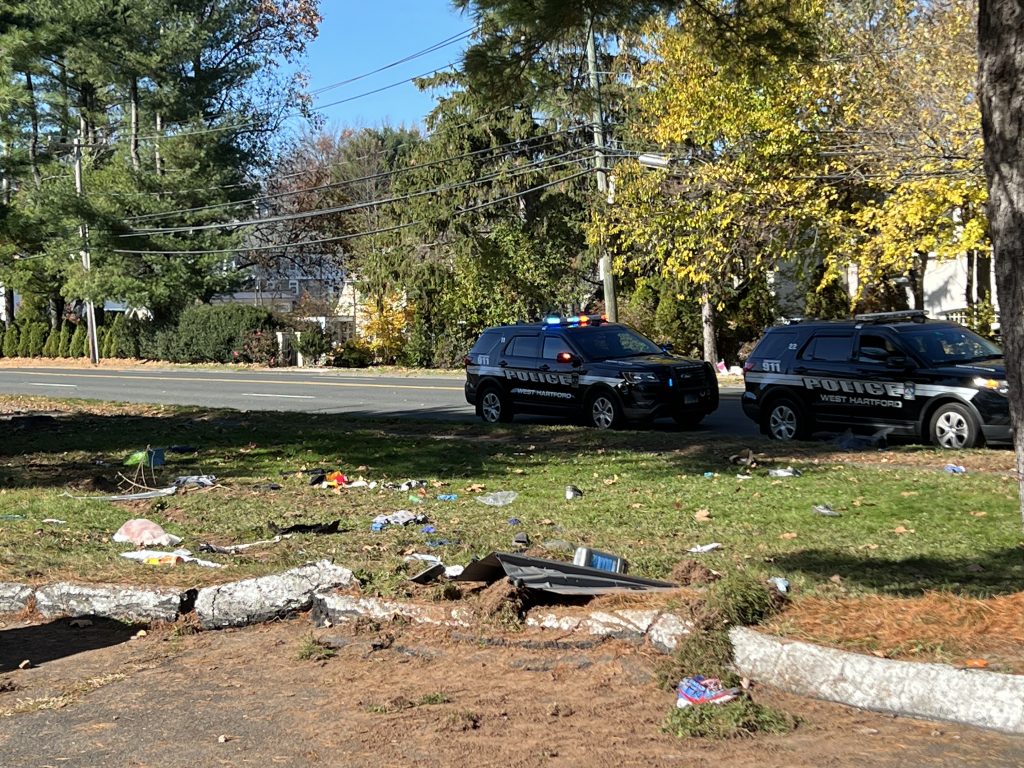 Martin confirmed that the shooting and the rollover crash nearby are related, and said the driver of the vehicle “did suffer gunshot wounds.” The victim sustained “serious” injuries, she said, and was transported to a local hospital. She said no further information about the victim, or that person’s condition, is available at this time.

Barnes is believed to have fled to Massachusetts and according to information posted by the Massachusetts State Police on their official Facebook page, troopers found the vehicle that Barnes had been driving on the west side of the Massachusetts Turnpike, near Mile Marker 31.6, in Blandford. The vehicle, a black Nissan Pathfinder with New Mexico plates, was unoccupied.

The Massachusetts State Police Special Tactical Operations Team checked the vehicle, and did not recover any firearms.

A thorough search of the area near Blandford and Russell, MA, along the Massachusetts Turnpike west of Springfield, was conducted, that included the use of K-9 teams and drones as well as patrols, Massachusetts State Police said, but as of 1:40 p.m. they determined that Barnes was not in the area. “We are working with West Hartford Police on the follow-up investigation. Residents should practice basic caution and maintain awareness as they go about their normal activities. Please call 911 if you see anyone or anything suspicious,” Massachusetts State Police posted on Facebook.

Massachusetts State Police said on their Facebook page that they believe Barnes is from Hartford and previously lived in Bristol, CT.

West Hartford Police are also asking that anyone who may have any idea of Barnes’ whereabouts, or is a witness or has further information about either the shooting or the motor vehicle crash contact the Detective Division at 860-570-8770 or through the confidential tip line by phone at 860-570-8969 or via email at [email protected]