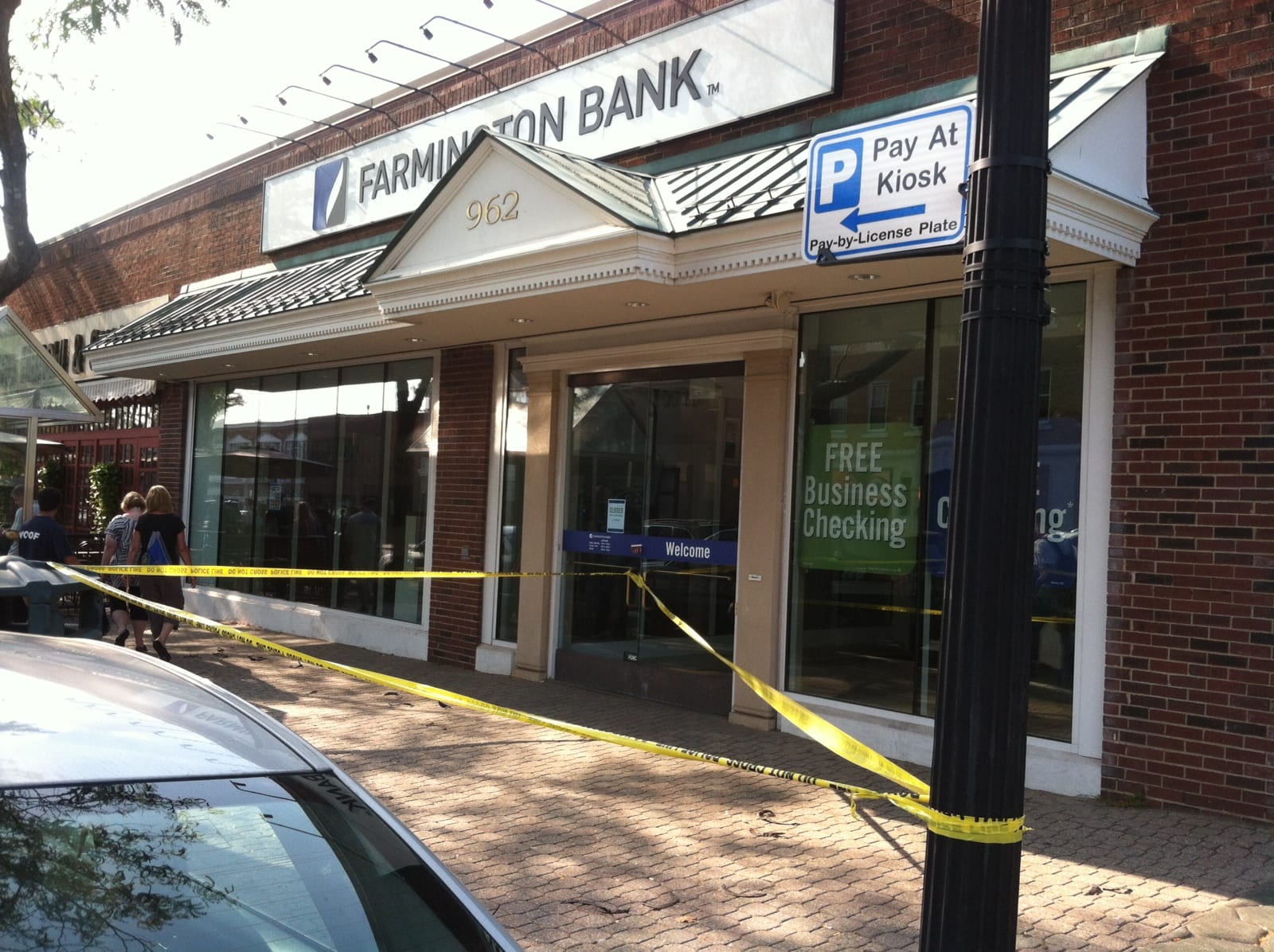 The Farmington Bank branch in West Hartford Center was robbed just after 3 p.m. on Wednesday afternoon. 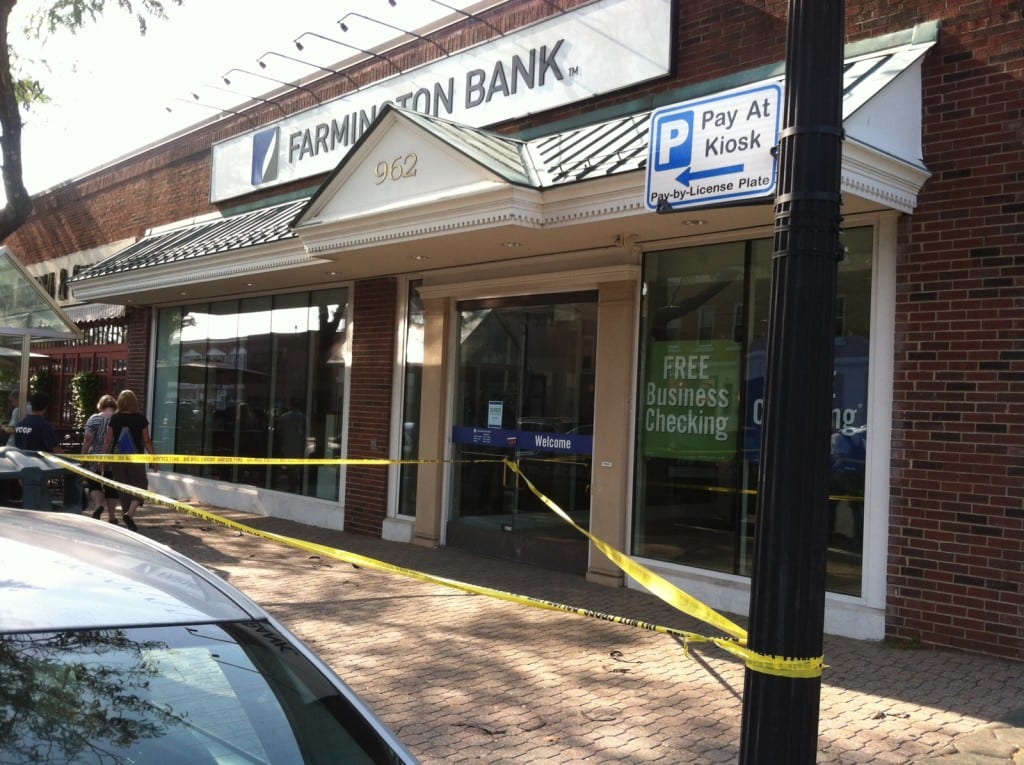 According to West Hartford Police Lt. Ted Stoneburner, the suspect is described as a white male, between 5’8″ and 5’10”, thin, with a scruffy beard. He has reddish-blonde hair and was last seen wearing a baseball cap.

No weapons were shown or implied during the robbery and there were no injuries, Stoneburner said. The suspect left with an undisclosed amount of cash.

Police have not been able to positively determine how the suspect left the scene. A K9 from Berlin was employed to track the suspect but that effort was not successful, Stoneburner said.

Anyone with information about this incident is asked to contact West Hartford Police at 860-523-5203 and ask for a detective.

This is the fourth bank robbery in West Hartford in the past five weeks. The suspects in the other robberies have been apprehended.