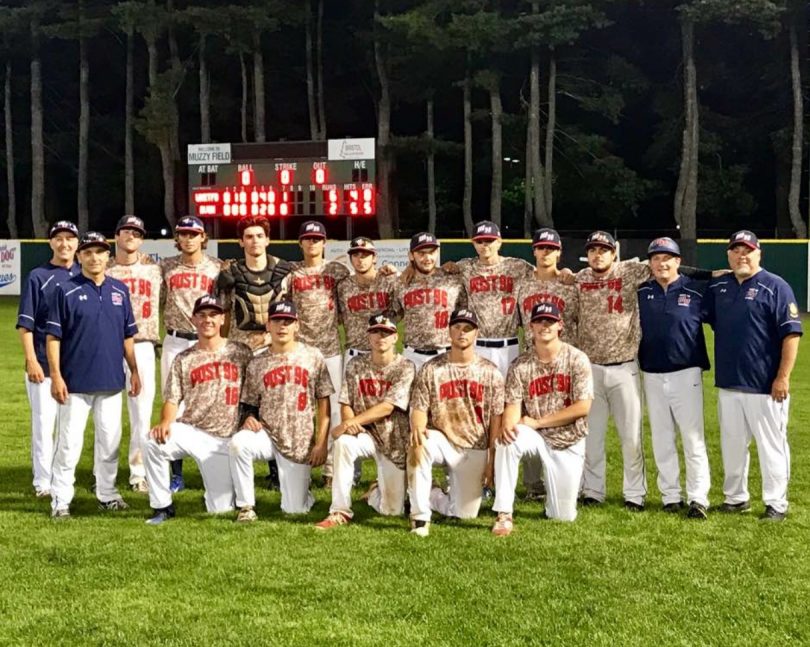 The West Hartford Post 96 American Legion team defeated Avon Tuesday night, and will play for the State Championship beginning Friday night with a game at Palmer Field in Middletown.

For the first time since 1973, West Hartford’s Senior American Legion team is heading into State Championship play, with the first contest scheduled for 6:30 p.m. Friday at Palmer Field in Middletown.

Post 96, the winner of the Connecticut Northern Division, will face Stamford, which defeated Trumbull to take the Southern Division, in a best-of-three series that concludes on Saturday.

“I’m very, very proud of these guys,” Manager Jim Hungerford said of the West Hartford team. The team started off the season plagued by injuries, he said, and at one point it looked as if they might not even make the playoffs.

West Hartford, seeded no. 8, clinched the Northern Division title with a 6-2 victory over no. 1 Avon Tuesday night at Muzzy Field in Bristol, behind the strong pitching of Michael Mathews, a 2017 Conard High School graduate who plans to continue his baseball career at the collegiate level at Salve Regina in Newport. Mathews went the distance for the win. 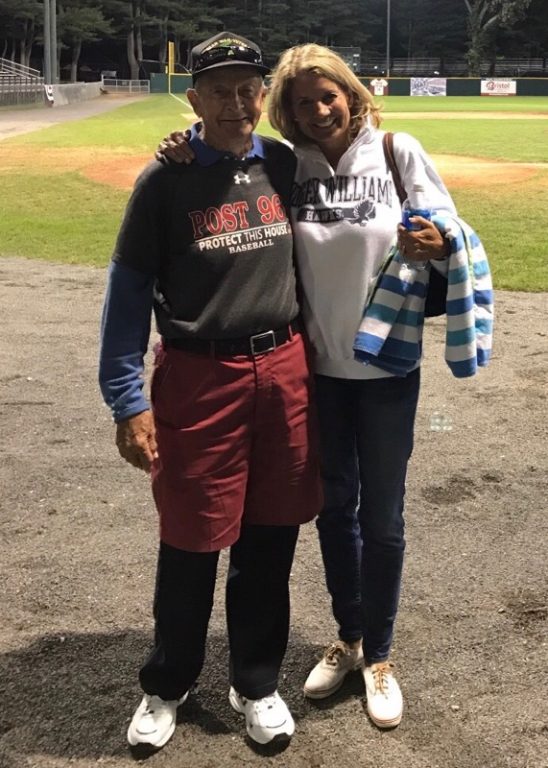 Ken Hungerford in his lucky outfit, modified for the chilly evening, with Angie Roth, parent of Danny Roth, at following the win against Avon. Photo courtesy of Margie Mathews

“We’re a very superstitious crew, even the coaches,” said Margie Mathews, Michael’s mom. Jim Hungerford’s father, Ken Hungerford, had been wearing the same Post 96 t-shirt and red shorts since the beginning of the winning streak. Tuesday night was very chilly, but so he added pants under the shorts and a long-sleeve shirt under the t-shirt.

The West Hartford Amateur Baseball Association (WHABA) had this to say about Post 96’s win Tuesday: “This is a different defensive West Hartford team than a few weeks ago, very confident, crisp, and stingy while Avon had five errors and allowed West Hartford to pull away. The locals went 3-0 in the Northern Bracket, showing that Zone 7 remains the dominant zone in the North.”

Getting to the finals of the Northern Regional was also quite the achievement, with Post 96 knocking off perennial nemesis RCP (Rocky Hill/Cromwell/Portland) in a best-of-three series. West Hartford won the first game 2-1, but lost in extra innings the following day 3-2.

“Since we made the playoffs – especially in the series with RCP – my message to the team has been: ‘Let’s not just focus on winning. Let’s focus on each other, the friendships, the bonds,'” Hungerford said.

That final against RCP was a thriller of a game, a curse-breaker that West Hartford players and their families won’t soon forget. In a news update, WHABA wrote: “A gritty pitching performance by Ben Kreidel and Danny Roth sealed the deal  in game 3 as West Hartford stole one with a final score of 4-1. An incredible two days of baseball that should have been watched by anyone that feels Legion baseball is dying in Connecticut.” 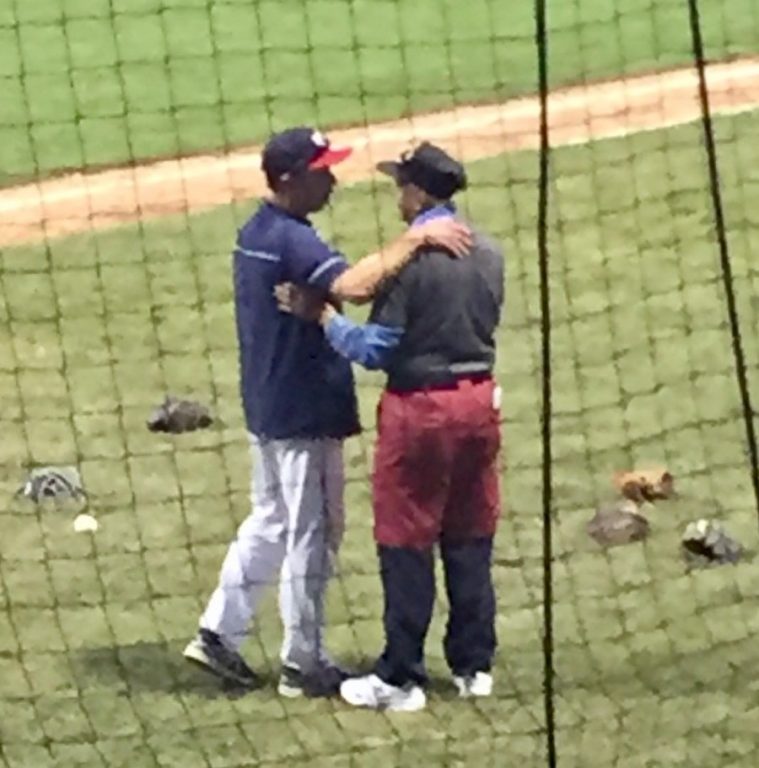 Jim Hungerford with his father, Ken Hungerford who is dressed in his lucky outfit Tuesday night. Photo courtesy of Margie Mathews

Hungerford said the team really seems to have picked up on and connected with his message, and have been playing looser and enjoying the experience.

“What you guys are going to remember is not who won in Cromwell, but being friends for the rest of your life,” said Hungerford. “Have fun, play loose, take a step back and look at your parents in the stand and smile,” he said he told the team.

“Every night a different player has been coming up big,” said Hungerford. The season, the recent games, have been a true team effort – by a team he said has been a joy to coach.

Because of the structure of the region and the number of teams in the state, both Connecticut teams that contend for the State Championship also receive an automatic berth in the 19U Northeast Regionals at Holy Cross in Worcester, MA.

The West Hartford team departs for Worcester by bus on Aug. 1, and the tournament begins Aug. 2, with the champion crowned on Aug. 7. The tournament winner will immediately head to the airport, for the World Series in North Carolina.

The last West Hartford team to reach the state playoffs, in 1973, won that title, as well as a regional title before losing in the World Series.