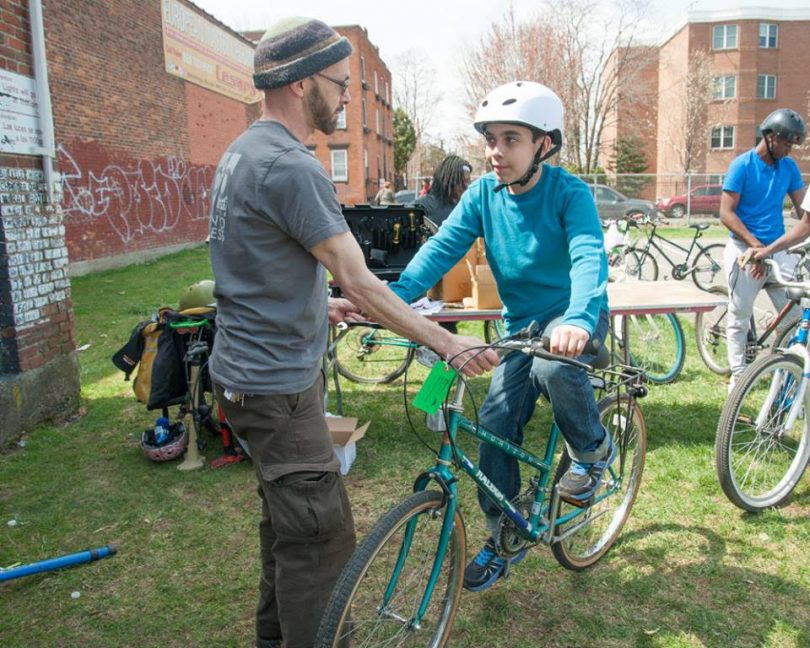 More bicycles will be made available to needy youth and adults who can use them for transportation as well as recreation following a donation drive scheduled for Saturday, May 13, at the REI store in West Hartford’s Blue Back Square.

“Dusty and rusty is perfectly fine,” said West Hartford resident Jack Dougherty. He is a volunteer and member of BiCi Co (short for “bicicleta, which means bicycle, and “comunidad,” which means community), Hartford’s community bike shop, and volunteered to be coordinator for Saturday’s donation.

BiCi Co will repair and up-cycle the bikes.

“This is a new one,” he said of the event. “It’s the first time that REI has sponsored a donation with community bike shops,” Dougherty said, and he is very happy that BiCi Co was chosen as the recipient.

And it’s not just the West Hartford store participating. All three REI stores in Connecticut are sponsoring a bike donation drive on Saturday, in celebration of National Bike Month, and collaborating with community bike shops.

Dougherty said the role of community bicycle shops like BiCi Co is to get bikes into the hands of people who really need them, as well as to promote bicycles as an environmentally-friendly means of transportation.

BiCi Co is located at 97 Park St. in Hartford, at the crossroads of the Downtown, South Green, and Frog Hollow neighborhoods, and according to its website was created in July 2015 by the Center for Latino Progress as a program for 30 summer youth interns participating in hands-on bicycle education and service learning projects.

It’s now a year-round effort with a storefront, and according to Dougherty runs programs for teens and young adults who fix up bikes and then provide them to those in need. Recently the organization handed out more than 60 bicycles through its “Earn a Bike” program to kids who completed a safety training course.

Do-it-yourself mechanic hours are also offered at BiCi Co, including some for women only. Bikes are also sold for profit.

Dickerson said that BiCi Co is organized as a co-op model, as is REI. “We ask people to become members,” he said.

Working with REI is a great opportunity to extend the organization’s reach. “It’s a great bond with a premier retailer,” Dickerson said.

Through BiCi Co, bikes that might otherwise be thrown away are instead put into the hands of those who otherwise can’t afford them and can use the bicycles for many purposes, said Dickerson. “It gives them sustainable, efficient access to jobs, with more reliable bikes for transportation.”

Increasing the number of bikes in the community also reduces the impact on traffic, and as an additional benefit makes the city think more about ensuring that its infrastructure can accommodate bikes as well as vehicles, Dickerson said.

“We know that we live in a political society and anything that we can do to build bridges between West Hartford and Hartford – everyone wins,” Dougherty said.

Because it’s a new event, Dougherty can’t predict how many bicycles will be donated on Saturday.

“I’m hoping to have to go rent the U-Haul to move the bikes,” he said.