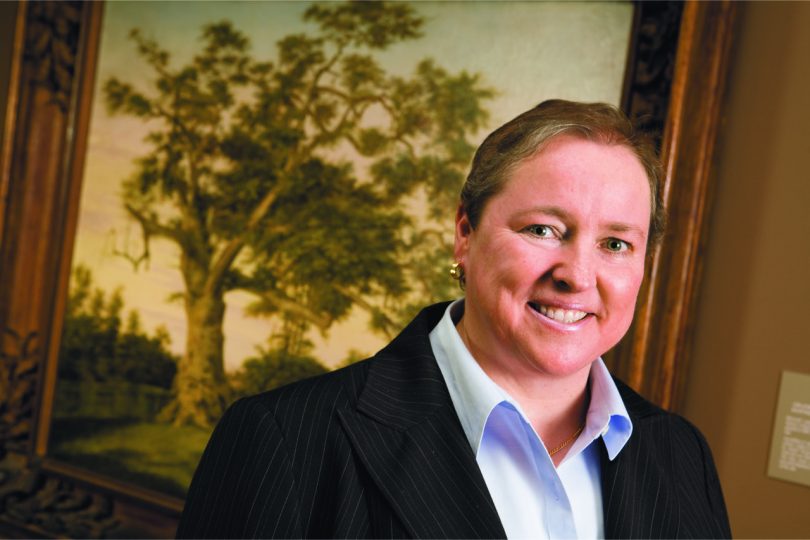 Shawn Daly has taken over the role of chairman of the West Hartford Republican Town Committee, in accordance with the organization’s by-laws, and he said the formal vote on a replacement chairman and new executive team will come in June. Mark Merritt, who was previously RTC chair, resigned from the role after also leaving the party last week.

“As the party of inclusion, we welcome diverse ideas and thoughts within our party,” Daly said in a statement announcing Fay as minority leader.

“Our committee’s focus has always been and continues to be enhancing the resident experience for all West Hartford citizens in an economically sustainable manner while helping candidates get elected who share that vision,” Daly said. Mary Fay shares the vision of our platform for West Hartford and will do a tremendous job helping us execute the platform.”

Fay entered politics with a successful election to the Town Council in 2017 and was re-elected in 2019. She has also run for the state legislature and challenged U.S. Rep. John Larson for the 1st Congressional District seat last fall.

“I’m thrilled to be named the minority leader on the Town Council” said Fay. “The West Hartford Republican Town Committee formulated a fantastic platform in November 2019 outlining the four pillars of Economic Development, Education, Safety and Security, and Fiscal Responsibility. Now that Lee Gold has left, I feel that we can execute and bring the platform to light in a more expedient fashion.”

Gold and Merritt, along with former Town Council candidate Rick Bush and resident Roni Rodman, announced Friday that they left the Republican Party and the four planned to run for Town Council in November as a slate of third party candidates. They also announced plans to resurrect the currently-dormant “A Connecticut Party” (ACP) which was founded in 1990 by former Gov. Lowell Weicker.

“By introducing the income tax to our state, the ACP was an extremely destructive fiscal steward for Connecticut,” Swanton said in a statement. “Given Councilman Gold’s record of supporting unsustainable budget increases, approving the issuance of $365 million in pension obligation bonds, and signing-off on tax abatements for developers, we can anticipate that the ACP’s policies will be equally destructive to West Hartford’s fiscal situation if implemented and we cannot let that happen.”

Daly told We-Ha.com that West Hartford Republicans will caucus in July and will endorse candidates for the fall municipal elections, which include Town Council and Board of Education.

“We will definitely be announcing a slate of people who will be running,” he said.