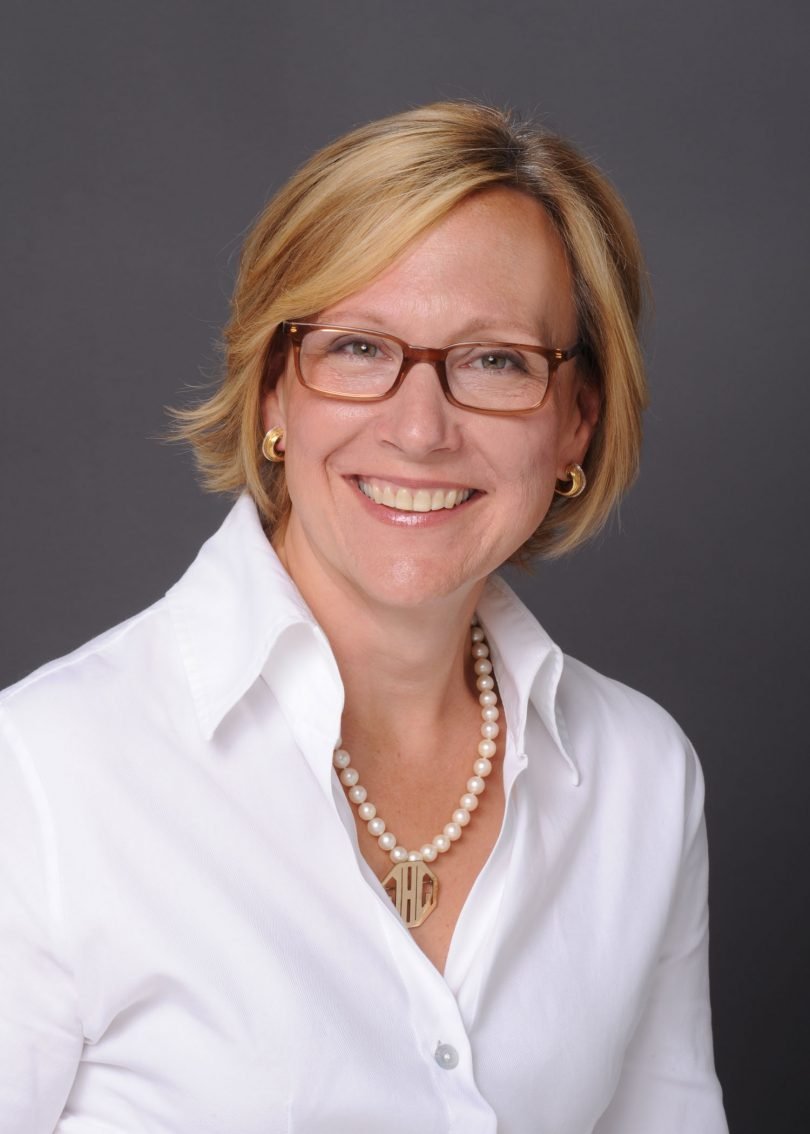 Wendy Avery has been elected president of the Board of Trustees of Watkinson School. Submitted photo

Watkinson School has elected West Hartford resident Wendy Avery as president of the Board of Trustees, and has also appointed new officers and elected new trustees.

Watkinson School, a co-ed independent day school for grades 6-12/PG offering inventive teaching to Hartford and surrounding communities since 1881, is pleased to announce that Wendy Avery of West Hartford, owner of Wendy Avery Design, has been elected president of its Board of Trustees effective July 1, 2017.

Avery worked in graphic design and marketing in London and Seattle before coming to West Hartford. She has held a variety of board and leadership positions at nonprofit organizations in the Greater Hartford area. These included the Junior League of Hartford (Board president, Community Service Council director, Annual Fund and Development chair, PR chair, New Project Development chair), the Connecticut Forum (Board member), Renbrook School (corporator), and the Association of Junior Leagues International (Brand Task Force).

Lisi chaired Watkinson’s board for seven years and was a member of the board for 10 years.

“We are delighted to have someone with the leadership and passion Wendy brings to this role,” said Teri Schrader, head of Watkinson School. “I am excited to partner with Wendy as we head into our second year of implementation on Watkinson’s five-year strategic plan.”

Kathleen Kane-Francalangia (West Hartford) has been elected to the position of vice president of the board. Kane-Francalangia has served on the Board for five years, beginning on the Development Committee and subsequently serving as Chair of that committee for the past four years. She has worked on all five “A Watkinson Affair” gala events and has chaired the Gala Committee for the past two years. She joined the Executive Committee this year and also sits on the Facilities Committee.

Marcus Harwood (West Hartford) has been elected to the position of treasurer of the board. Harwood is a partner in BlumShapiro’s Accounting and Auditing Group, Healthcare Services Group and Educational Institutions Group. Harwood serves on myriad industry and nonprofit committees, including the Finance Committee for the National Association of Independent Schools (NAIS).

Laura Dake Roche (West Hartford) has been elected to the position of secretary of the board. Roche is a Doctor of Optometry practicing in Naugatuck for 32 years where she takes care of people of all ages. She joined the Board of Trustees six years ago, and has been a member of the Advancement Committee, and then the Finance Committee and the Investment Committee, which she chairs.

Paul Gossling ‘69 (Cambridge, MA) started his professional career working in the wood manufacturing industry. He purchased and became CEO of Gilbert and Bennett, one of the oldest hardware manufacturing companies in America. Paul expanded the company and established targeted manufacturing in China. In 1999 he established what is now Origin Point Brands, a major supplier of retail wire, steel and aluminum. The company has established equity partnerships that manufacture in Asia and serve the global retail and building material markets, including major U.S. retailers and building supply distributors.

Doe Hentschel (Hartford) is the vice president of Leadership Greater Hartford, a mission-driven nonprofit organization that supports and strengthens communities by training and connecting aspiring and established leaders. In that role, she oversees curriculum development, program implementation, and evaluation of all of LGH’s programs and its training and consulting services and supervises its program staff. She also designed and implemented The Third Age Initiative, a system to identify, develop and engage older adults as community leaders, which has served more than 350 older adults since its inception in 2001.

Janice Klein (Hartford) spent 17 years working for Connecticut General/Cigna and eight years as an educator at the Connecticut Historical Society. An active resident of Hartford’s West End, Klein is a passionate volunteer for The Village for Families and Children and the West End Civic Association, having spent 11 years as the co-chair of their Architectural History and Resources Committee and co-chair of WECA’s DineAround fundraiser The Village for Families and Children.

Anthony Nwachukwu (Avon) is the founding member and current President of Innovate 1 Services, Inc., a global provider of Passport and Visa application processing and payment services. He is also the founding member and current Executive Director of SW Global Limited, a World Bank funded indigenous technology company in Africa with a focus on biometric and border control solutions. SW Global also has operations in the United Kingdom, United Arab Emirates, India and China. Nwachukwu served as a business development and management consultant for the American Soft Drinks Association, the Government of Uganda, the United States Trade Representatives Office for Africa, and the United States Agency for International Development (USAID). He is also the founder of Atlantic Gums Corporation, the largest U.S.-based direct importer and processor of Gum Arabic (founded in 1998).