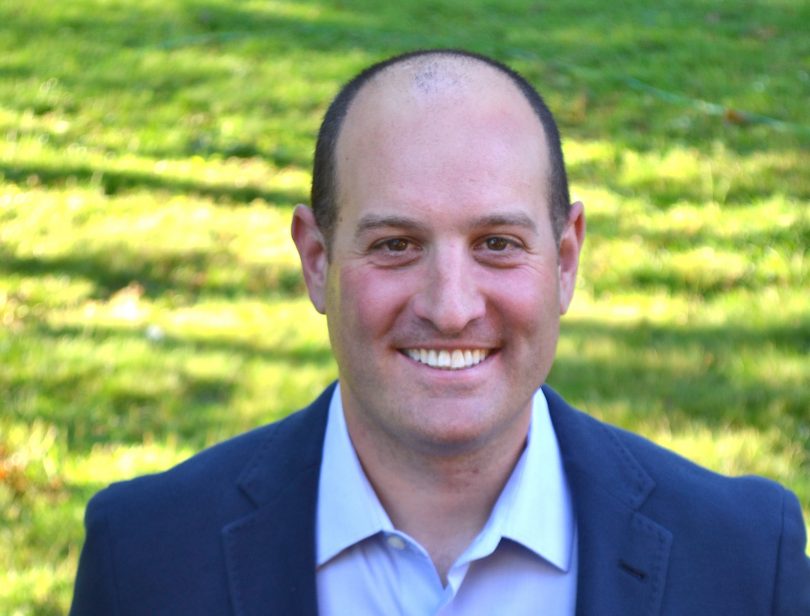 Jed Kornbluh of West Hartford takes the helm of the growing nonprofit.

The Connecticut Cycling Advancement Program (CCAP) announced Tuesday that Jed Kornbluh has been named executive director of the nonprofit organization.

CCAP’s mission is to better the lives of youth and young adults through the sport of cycling. Its mission is to support youth cycling in Connecticut’s schools, town programs, and independent organizations and provide opportunities through middle and high school cycling clubs, parks and recreation programs, and youth travel teams.

A lifelong cyclist whose family has been active in cycling since the 1970s, Kornbluh started racing at the age of nine and much of his childhood involved cycling-focused tours and rallies throughout the Northeast, the West Coast, and Europe.

“These cycling trips laid the foundation for my love of cycling and for the cycling community a whole,” said Kornbluh. “My family’s passion for the sport became a business enterprise in 1987 when they formed Tandems East, a tandem-specific shop run out of their home. My parents kept their day jobs and ran the shop in the evenings and on weekends, so I grew up in a bike shop,” he added.

Throughout his cycling career, Kornbluh helped organize major local, regional and national cycling events. In 2009, he formed a Mid-Atlantic regional elite and junior development team called the Philadelphia Cyclocross School (PCS).  The program eventually expanded to include elite riders, competing in events throughout the Mid-Atlantic, New England, and nationally.

In 2015, Kornbluh was invited by Team26 leader Monte Frank to join the Sandy Hook Ride on Washington, on which he had the fortune to meet former CCAP Executive Director Dave Hoyle who tragically passed away in a biking accident in April of 2019.

“Dave and I became fast friends and his passion for the CCAP program was infectious. Upon returning home from the five-day ride I beamed about my experience with Dave and the young riders from CCAP who rode with us, and hoped to cross paths with them in the future. Shortly after, my wife was offered a position in Pratt & Whitney’s legal department and we found ourselves moving to West Hartford just a few months later,” continued Kornbluh. “Once in Connecticut, I joined the ERRACERS as a cyclocross coach and eventually a road coach. I also joined the CCAP Advisory Board, a group comprised of coaches, friends, and parents of the program.”

“All of us at CCAP are thrilled to have Jed lead us in this exciting stage of growth,” said Aidan Charles, founder of CCAP. “We worked hard to narrow down a very strong list of applicants for the position, and we are really excited to have someone with Jed’s experience help head up CCAP going forward.”

Kornbluh’s lifelong professional career has been centered around the sport of cycling. Whether working as an independent sales and international sourcing specializing in the sports apparel industry, opening and managing a store for cycling and tri-athlete training and retail center, promoting large scale granfondo/gravel-style bicycle events, or leading marketing programs through partnership with cycling teams and race promoters, his experience covering every aspect of the sport comes as an asset to the organization. His hiring comes as CCAP implements a plan of strategic growth in grant programs, development and outreach, building on the successes of the previous years since the organization’s inception in 2015.

“I am honored to have the opportunity to lead the CCAP,” said Kornbluh. “The organization is poised to really develop its vision and build on the tremendous momentum of the past four years. I’m thrilled to have the opportunity to introduce cycling to the next generation and inspire young riders. CCAP’s program provides access to knowledgeable coaches in a safe, nurturing atmosphere. Riders get more than just racing experience – they become advocates and ambassadors of the sport. This will help effect positive change in communities and beyond as more children and families embrace cycling as a healthy activity, safe and effective mode of transportation, and most importantly a viable, mainstream sport.”

Kornbluh holds a Bachelor’s Degree in history from Temple University in Philadelphia. Originally from Vineland, NJ, he currently lives in West Hartford with his wife, Sara Kennedy Kornbluh, and his three children, Evelyn, Ben, and Nate.

CCAP is a non-profit 501(c)(3) charitable organization with a mission to better the lives of youth and young adults through the sport of cycling. Its goal is to provide opportunities in cycling through middle and high school cycling clubs, parks and recreation programs and youth travel teams. In just over three years, the CCAP has established 44 youth recreation programs across the state with almost 547 participants. CCAP’s programs provide coached, fun, team-oriented atmospheres for youth to learn and thrive in the sport of cycling.