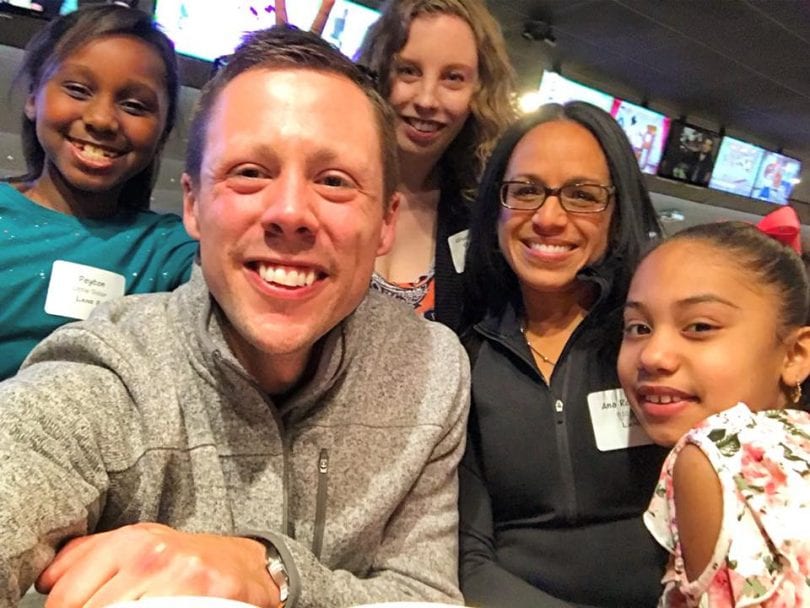 At 32, Ryan Matthews of West Hartford is making a major impact with several nonprofits, and on peoples’ lives. 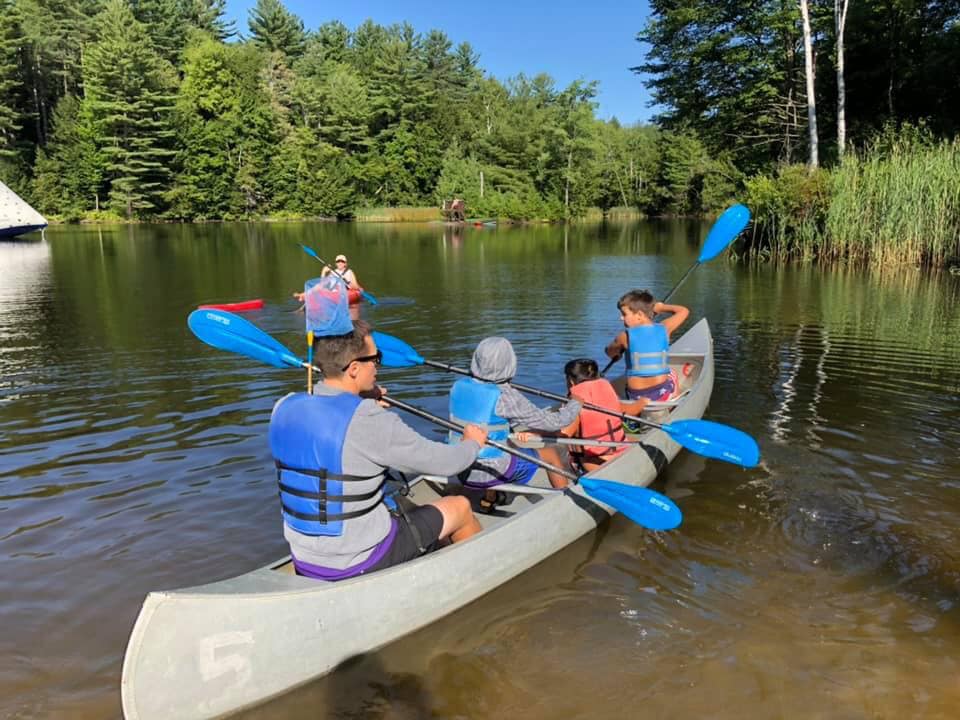 Two things are clear about Ryan Matthews, even if you’ve only just met him over the phone for a grand total of 45 minutes: 1. he has the energy of a kitten on cappuccino; 2. his optimism is both infectious and absolutely genuine.

The West Hartford resident, who is only 32, has already risen through the ranks of Nutmeg Big Brothers Big Sisters to become the director of programs, a position he’s held since 2016. 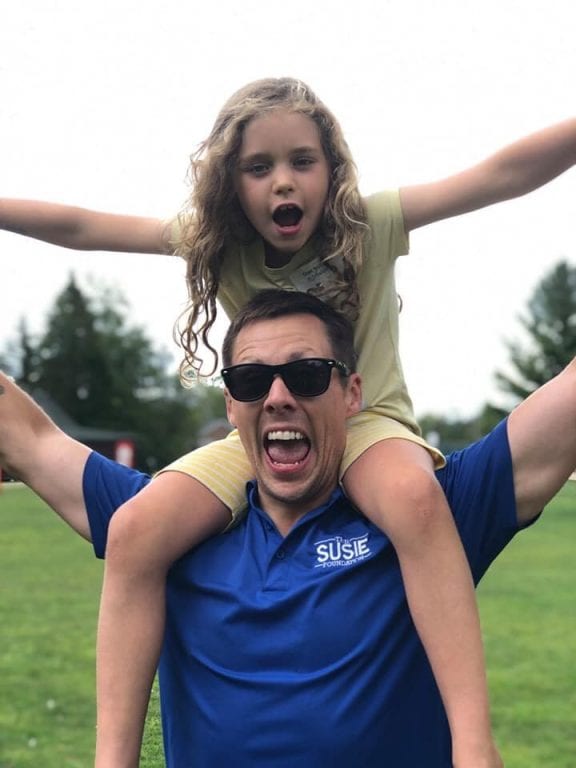 In addition, he is the founder and executive director of The Susie Foundation, a nonprofit named after his mother, who died in 2011 of amyotrophic lateral sclerosis (ALS), more commonly known as Lou Gehrig’s disease. The foundation serves people with ALS and their families.

Either one of those jobs would be enough to wear out even the most energetic person, but Matthews approaches both roles with uncommon zeal. Asking him why he does what he does is like asking a fish why it swims. The common theme, between both of his jobs/passions is service, something near and dear to Matthews’ heart.

“I’ve always been involved in the community growing up in Beacon Falls,” Matthews said, adding he graduated from Woodland High in 2005. “I got involved in the community at a young age. I joined the Leos Club, which is a youth version of the Lions Club, which is supportive of community service. In middle school and high school, I did a lot of one-off service projects, like community clean up and helping with building projects for local homeowners, and volunteering at local soup kitchens.”

But Matthews really hit his stride at the University of Connecticut, where he was studying to become a teacher. While on that trajectory, he began tutoring at Mansfield Middle School, near UConn’s main campus.

“I was connected with a kid named Jared, who was struggling in a single-parent household,” Matthews said. “He was easily distracted, he didn’t know his dad. Him and his siblings were kind of left to their devices when school was out because his mom had taken care of everything, including work. Jared was also struggling in school.”

While an undergraduate, Matthews tutored Jared for two years and became hooked on seeing Jared’s progress and seeing the boy grow academically.

“I saw the benefit of out-of-school-time activities, what a role youth sports, mentoring and tutoring could be and what’s helpful with pro-social activities,” Matthews said.

After Matthews graduated from college, he (naturally) signed up for Americorps and moved to New Orleans, which, at the time, was still recovering from the devastation wrought by Hurricane Katrina. He grew to love Louisiana.

“I very much became a pseudo-resident of New Orleans,” he said.

But then came the devastating news in 2009 that his mother was diagnosed with ALS. So Matthews moved home to be a full-time caregiver to his mother for 16 months.

“[The disease] moved quickly and it was aggressive,” he said, adding that there is no cure for ALS and the disease typically has a two-to-five-year progression. “I emerged from that experience with a new appreciation for one-to-one service. The direct impact it had on me was patience. But I also learned suffering can be made better when it’s recognized, appreciated and supported.”

But after his mother’s death, Matthews still had to restart his career and he was in his mid-20s.

Because he had seen the positive impact the mentor/mentee relationship can have on both sides of the equation, Matthews began working at Nutmeg Big Brothers Big Sisters working to matching adults with kids. Half his time was spent, he said, in people’s living rooms.

The territory was expansive, with the organization covering 132 towns across the state. But, as he says, he “fell in love with the program.”

“It’s inspiring from a family/child perspective, the challenges and difficulties they are facing and overcoming,” he said. “You also see mentors step up improve the community in such a specific way. I want to take my experiences and passions and pass them along to my little brother or sister. I’ve seen how beautiful those relationships can become. It’s incredible.”

The relationship typically lasts between six months to a year, but the ties between the mentors and the mentees can often go beyond the initial program.

“The littles, if everything goes right, can have an adult with them through all life’s transitions: elementary school to middle school, middle school to high school, etc. It can be a lifelong tie,” he said.

Matthews acknowledged that not every match works out that way, however.

“We don’t bat 1.000,” he said. “It’s not necessarily supposed to be lifelong, but that’s the potential of the program. We’ve had so many matches that, in an enduring way, has been transformational for the child, to have an advocate, an additional person in their corner.”

If it endures, the relationship between big and little can pay dividends for decades.

Matthews’ infectiousness and hard work has led him to be moved into five different roles at Big Brothers Big Sisters. It’s something he’s grateful for.

“It’s been nice to take steps in my career and be challenged and supported at work and contribute to the mission of an organization that means a lot to me,” he says.

The novel coronavirus hasn’t put a stop to the Big Brothers Big Sisters mission. Like most other things, it’s just carried over to Zoom and other technology

“The common theme is we have incredible mentors and mentees who have risen to the challenge,” he said. “We have hundreds of relationships that are really strong – a lot stronger than distance or a pandemic. We’ve persevered despite the difficulties.”

That includes a lot of virtual activities.

For his work with Big Brothers Big Sisters as well as the Susie Foundation, Jared was named one of Hartford Business Journal’s “40 under Forty” four years ago. He was just 28 years old when the accolade was bestowed on him. It was nice, he said, but his father needled him, asking why he couldn’t make it to a 30 under 30 list.

Jokes aside, it’s reasonable to think Matthews will continue to contribute and give back to the community for years to come. It’s in his DNA.

You won’t be shocked to learn he’s married to a ninth-grade teacher.

“If I approach life with sense of exploration and discovery and amusement and have fun along the way, What’s better than that?” 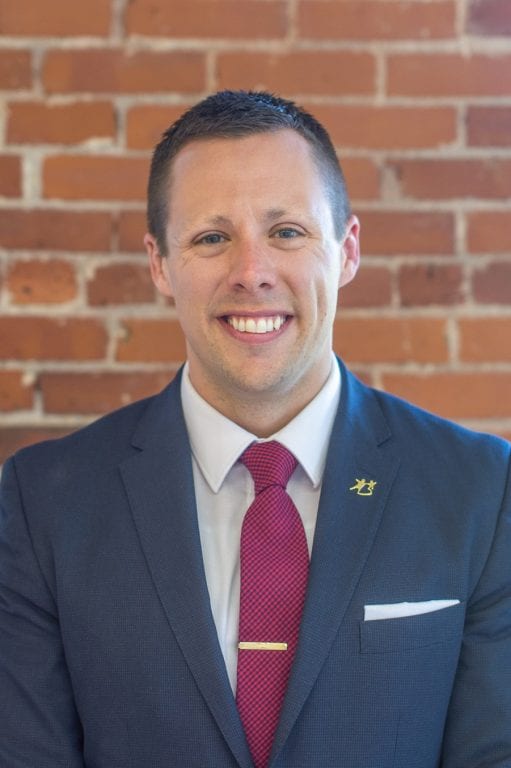 A version of this story originally appeared in the July 2020 issue of West Hartford LIFE.