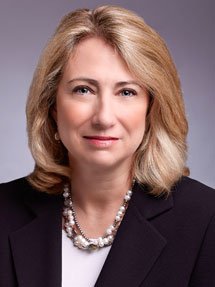 Gov. Dannel P. Malloy announced the names Wednesday of 13 lawyers selected to fill some of the 40 vacancies on the Connecticut Superior Court, and three West Hartford residents were among those nominated.

While a significant number of vacancies remain, Malloy said that the newly-appointed judges, if approved “will provide critical judicial capacity in performing the essential duties of the court system.”

Three of the nominees, Matthew Dallas Gordon, Kimberly A. Knox, and Margaret M. Murphy, are from West Hartford.

“One of my most important duties as Governor has been to nominate a selection of qualified and diverse judicial nominees who possess the qualities that mirror the residents of our state while also meeting the high principles and integrity that our citizens deserve,” Malloy said in a statement.  “It is a careful, meticulous process because we want to ensure that the men and women who sit on our bench will serve our state with distinction, fairness, competence, ethics, and above all, respect for the people of Connecticut.”

Gordon, currently the owner and managing partner of West Hartford-based Matthew Dallas Gordon LLC, is a former partner with Skelley Rottner PC and associate with Day Pitney LLC. According to a news release from the governor’s office, his five-member firm focuses on professional, commercial, and municipal liability, and personal injury, employment, and insurance related litigation.

Gordon has a B.A. from Bard College and a J.D. from the University of Connecticut School of Law.

Knox is a principal with the Hartford law firm Horton, Shields & Knox, PC in Hartford focused on appellate litigation in the Connecticut Appellate Courts and the Second Circuit Court of Appeals.

Knox earned a B.A. from Connecticut College and a J.D. from the University of Connecticut School of Law.

Murphy is currently the House Democratic Caucus legal counsel, and previously served as associate director with the Center for Medicare Advocacy representing Medicare beneficiaries in federal court and before administrative law judges. During her tenure she also was responsible for analyzing and developing policy and litigation positions on issues related to Medicare coverage.

Murphy earned a B.A. in economics from Mount Holyoke College and a J.D. from the University of Connecticut School of Law.

According to the governor’s office additional nominations may be made in the next several days.