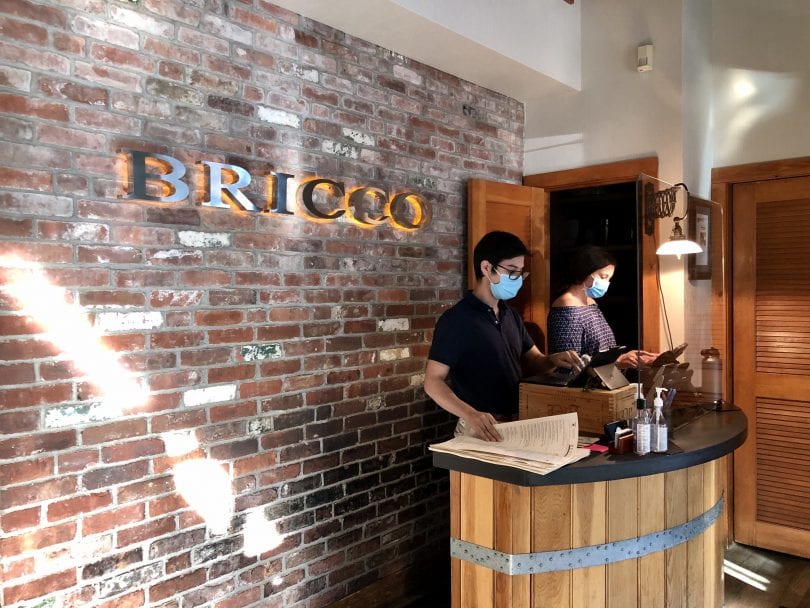 Restaurants and other businesses in West Hartford continue to open as the state enters Phase 2 of Reopen Connecticut and indoor dining returns along with other business operations. 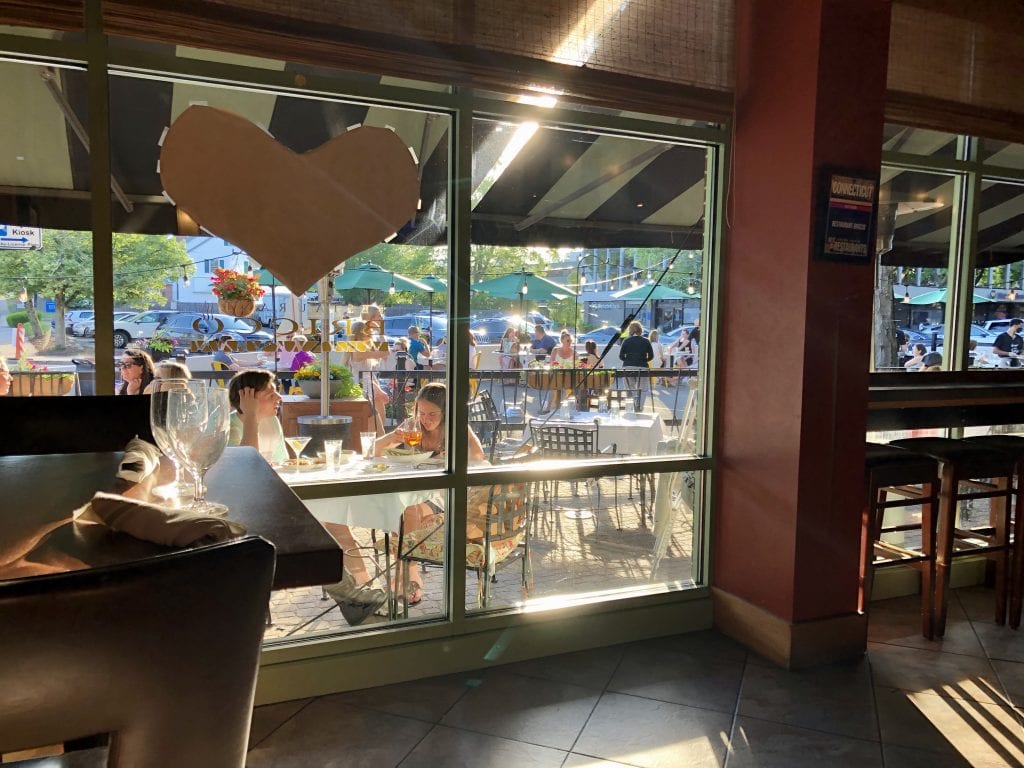 In the middle of March, West Hartford Center transformed from a place where people would “shop, dine, and stroll” as the tagline states, to a virtual ghost town.

The “closed temporarily” signs in the windows of stores and other businesses, or the posters declaring that restaurants were offering takeout and delivery, have been gradually replaced with open doors and patio and dining corral seating. 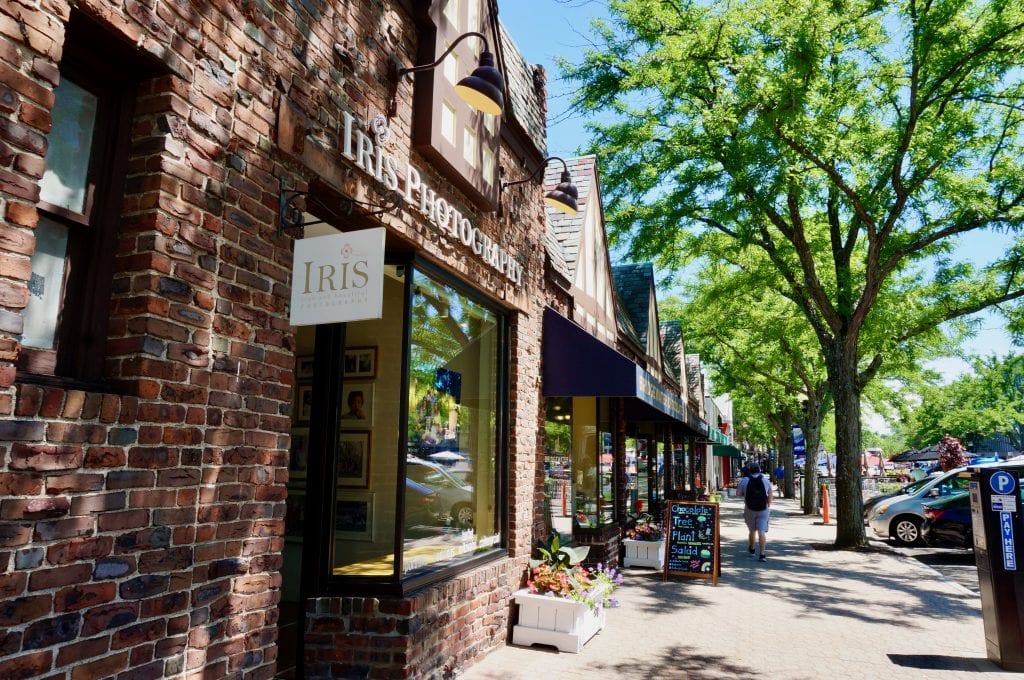 On June 17, the first day that Reopen Connecticut entered Phase 2, West Hartford Center was alive with a new, albeit somewhat different vibrancy and a definite sense of optimism as people carried bags from local shops, dined outdoors or inside for the first time in three months, and strolled with ice cream cones in hand including from the newly-opened Arethusa Farm Dairy store.

In addition to the dining corrals, there are new traffic patterns, new types of parking spaces, and sanitation stations in front of restaurants and shops.

“Last night went pretty good,” said Billy Grant, owner of Restaurant Bricco on LaSalle Road, one of the restaurants that sparked the Center’s transformation into a popular dining scene nearly a quarter century ago.

Wednesday night’s weather was clear and mild, not too hot, and Grant said he didn’t know if many people would want to eat inside, where seating was spread out to allow for required physical distancing and capacity of 50% maximum. Indoor dining was more popular than he expected. 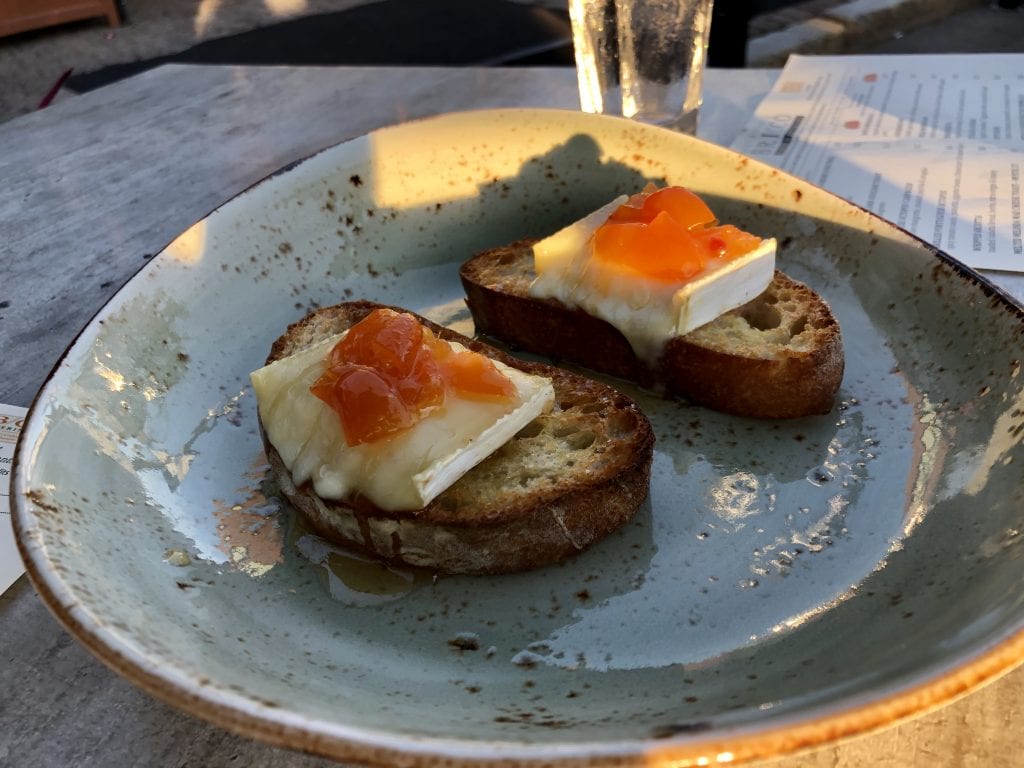 “Most tables that could be filled were,” Grant said. “I didn’t expect it to be gangbusters,” he said, but while there only ended up being one seating inside, but he said people seemed to be enjoying themselves. Tables outdoors, both on the patio and in the corral, turned over several times.

Seating inside at the bar was permitted in addition to seating in the dining room, with plexiglass installed to separate diners and the servers behind the bar.

In total, between inside and the regular patio and corral, Grant said Bricco has space for 131 diners. The normal capacity is 150.

Lunch was quiet both Wednesday and Thursday, but Grant said he doesn’t expect that to really pick up until more people are going to work at their offices. 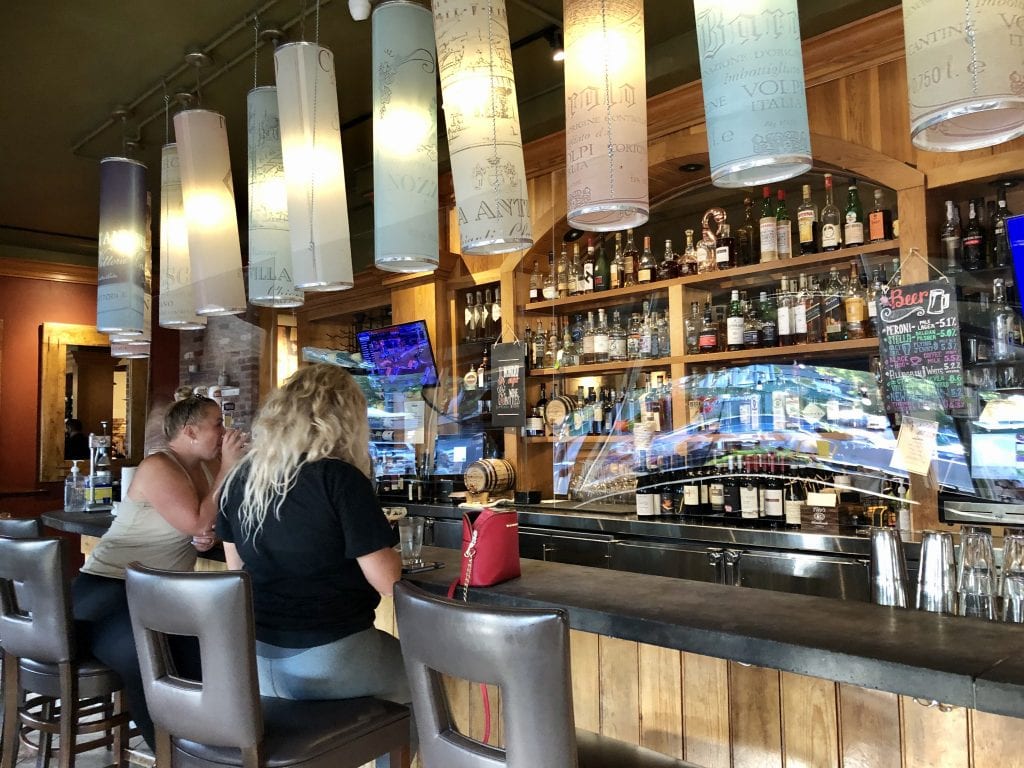 Dining is open inside Bricco at 78 Lasalle Rd., including at the bar which now has a plexiglass shield, as well as on the patio and in a temporary dining corral. Photo credit: Ronni Newton

Takeout at Restaurant Bricco has fallen off since dining on-premises has returned, but Grant said that his brother Mike, who was at Bricco Trattoria in Glastonbury, said takeout remained a popular option there.

The town has asked that masks or cloth face coverings be worn when walking through the Center because it is difficult to keep at least 6 feet of distance, but while most people wear their masks when entering a restaurant – as required – not everyone is complying while walking along the sidewalk. Grant said that all but one customer complied with the requirement to wear a mask when approaching the hostess.

In addition to Bricco, Max Restaurant Group opened its dining rooms on Wednesday – including at West Hartford Center’s Max Burger, Max’s Oyster Bar, and Savoy. All have outdoor dining options as well.

Nail salons were among the personal service businesses permitted to reopen June 17, and many of them were back open, as were tattoo parlors. Indoor museums and movie theaters are permitted to be open but those in West Hartford are waiting a bit longer. Some gyms and fitness facilities in town reopened, but others are delaying. 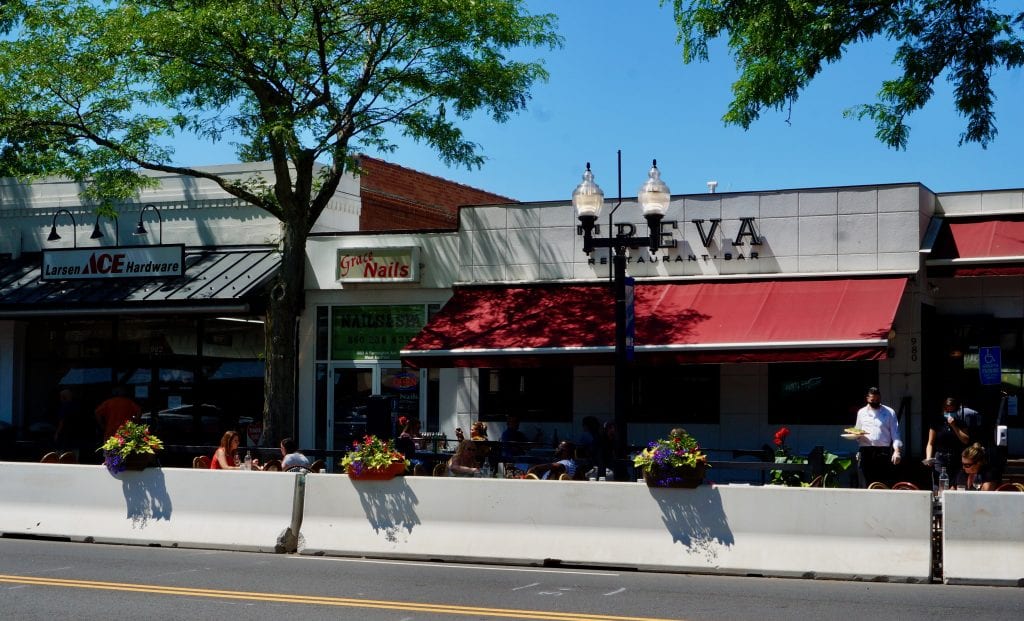 The Delamar West Hartford Hotel, which has been closed to the public but housed some essential workers over the past few months, was ready to welcome guests. There were ample supplies of hand sanitizer stationed throughout the lobby, and plexiglass at the counter, but other than that the lobby looked as elegant as ever. 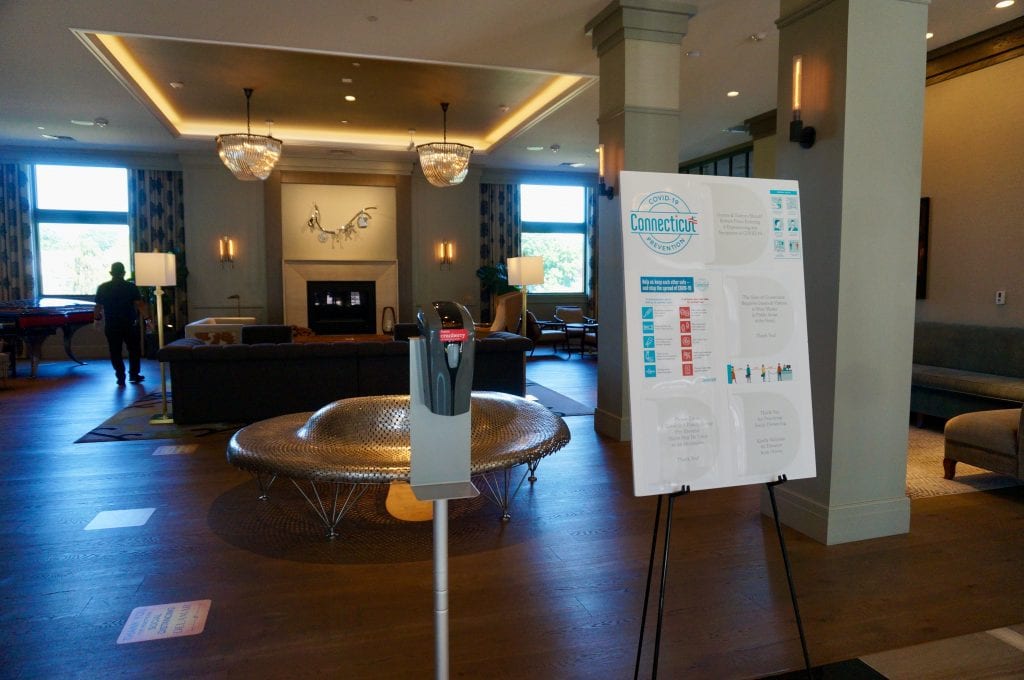 Sanitation station and signage in the lobby of the Delamar Hotel. Photo credit: Ronni Newton

“We have a lot of people coming in tonight,” said Elizabeth Spear, assistant front office manager. “We are very excited.”

The lobby is open only to guests, she said, and the continental breakfast has been replaced with grab and go.

Artisan Restaurant at the Delamar is welcoming diners in the expansive garden, as well indoors with reduced capacity. 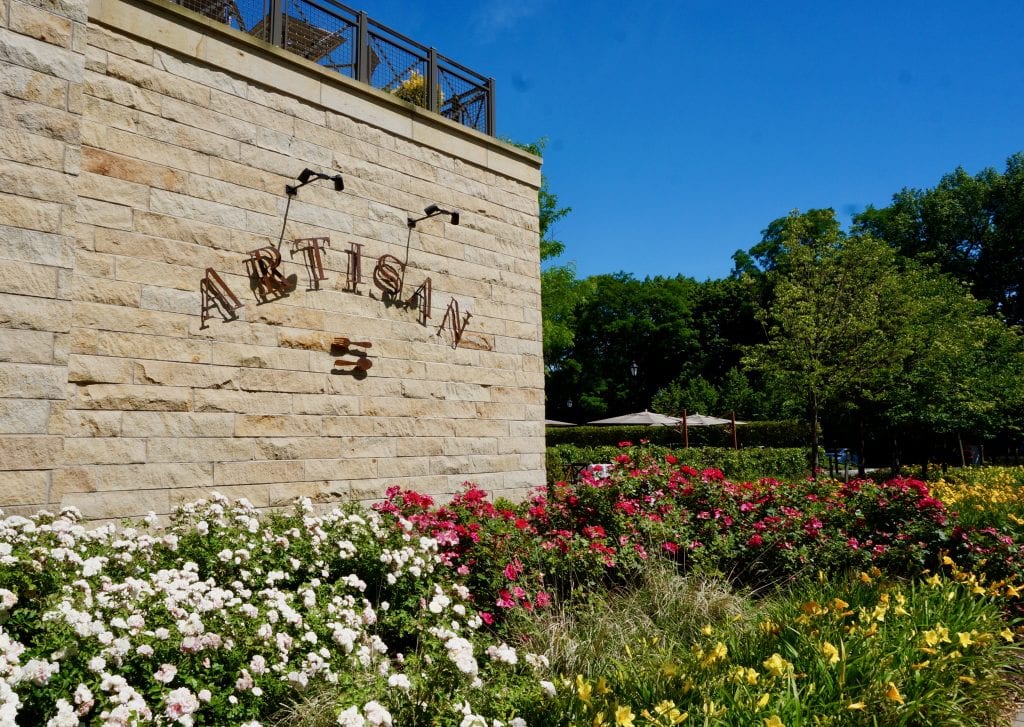 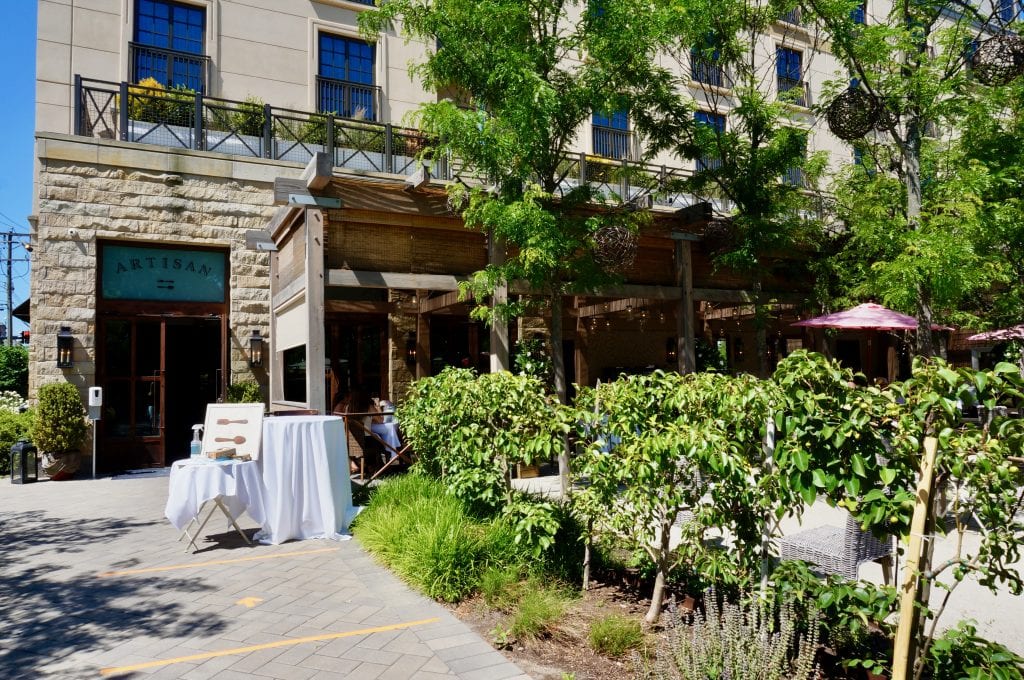 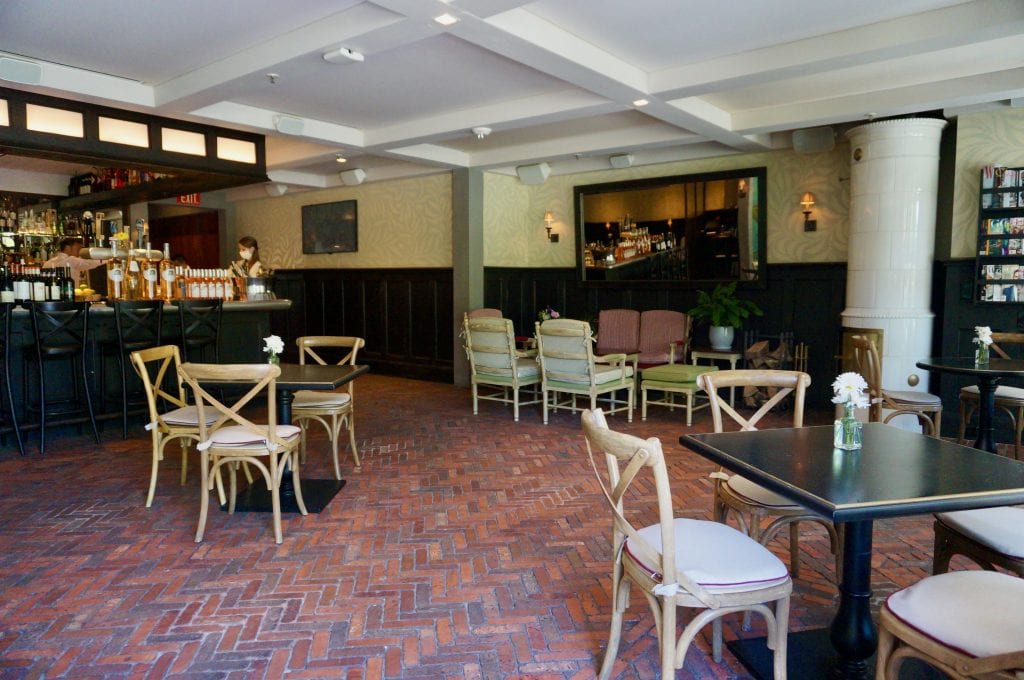 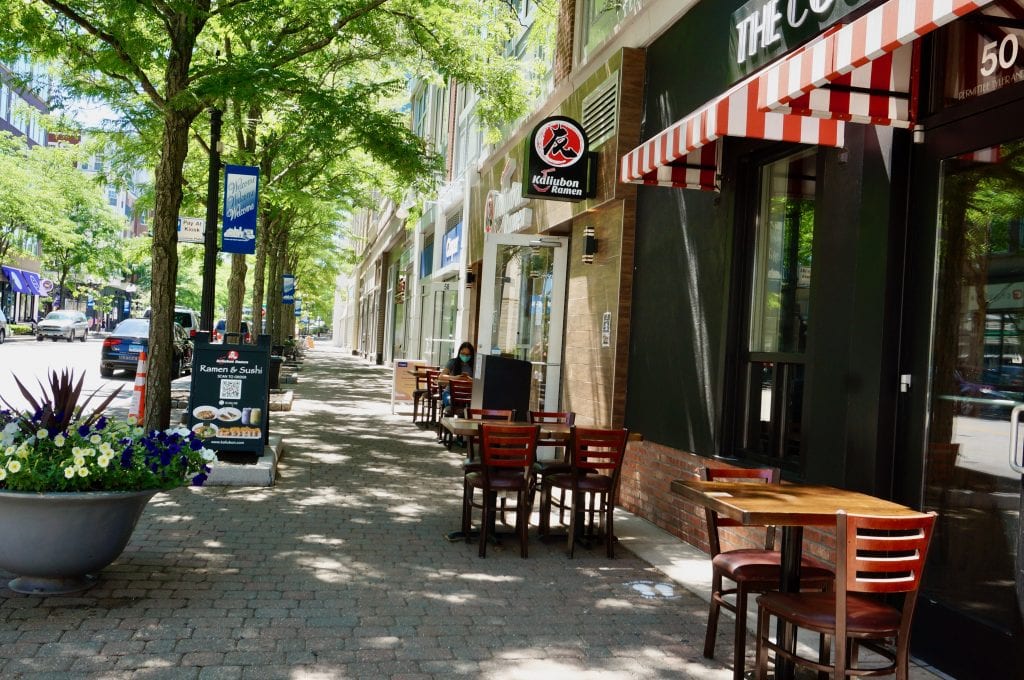 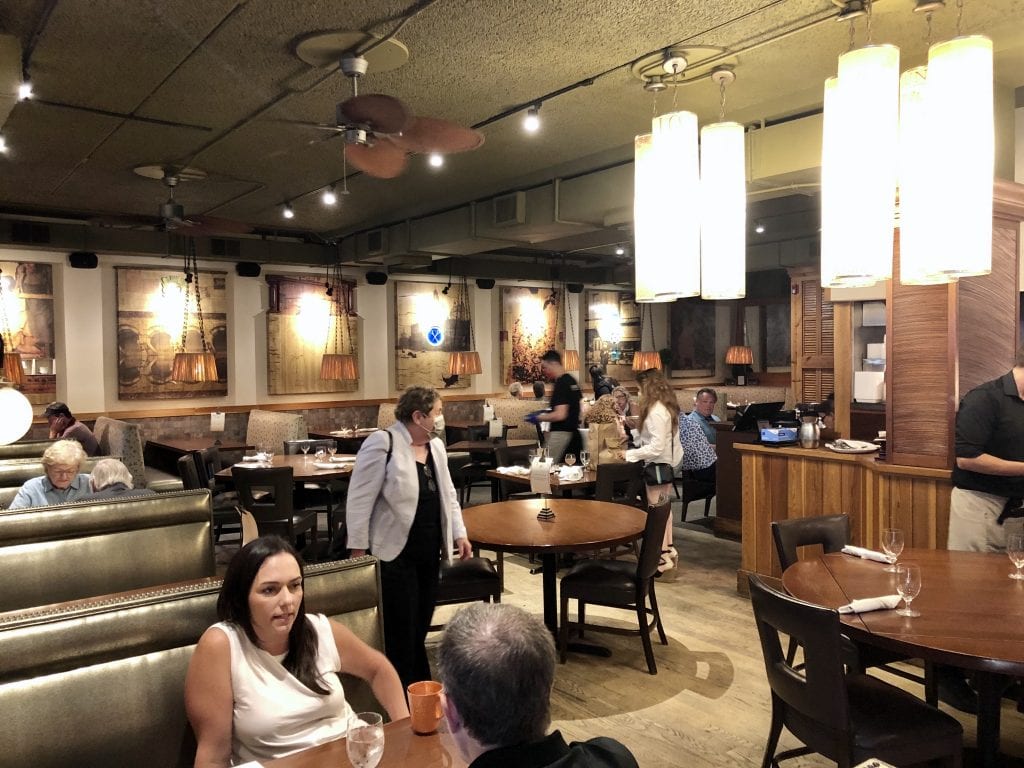