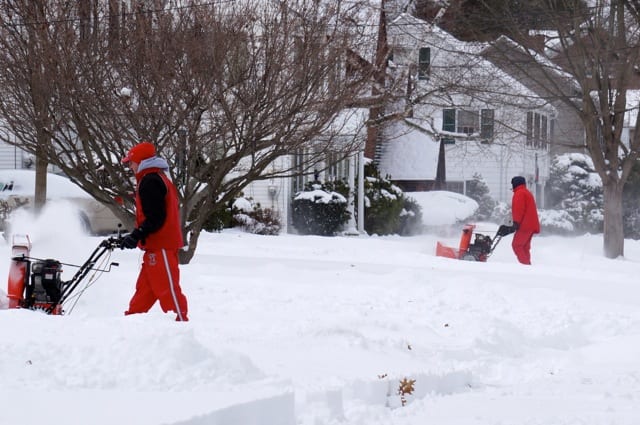 Just under a foot of snow fell in West Hartford between Monday night and Tuesday, but most things are expected to be back to normal by Wednesday morning and schools plan to open on time. 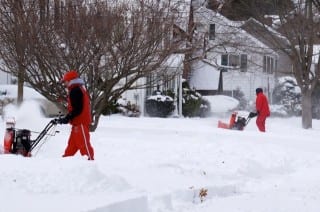 Monday and Tuesday’s snowfall failed to reach the historic proportions that were being forecast for West Hartford, but the town did receive a substantial amount of snow, along with high winds that caused blowing and drifting.

Although West Hartford was a ghost town on Monday night and throughout most of the day Tuesday as residents complied with the statewide travel ban and stayed home, once the ban was lifted businesses began to reopen and the town began to spring back to life.

Director of Public Works John Phillips offered one last update before he and his crews took a much-needed break to get some rest.

“We have secured for the night. With 38 hours working the crews need a good night’s sleep,” Phillips said in an email at 6:30 p.m. Tuesday. “We did not leave before every street had been cleared and made safe. Some roads are not pretty partly because of increased traffic, contractors, and property owners throwing snow back into the street along with 11-12 inches of snow. Driving conditions could be tricky tonight as treated wet roads could refreeze and certainly slushy roads will freeze up again,” Phillips said.

He said that crews will be back at work at 4 a.m. Wednesday to start post-storm cleanup work.

On Wednesday, everything should be pretty much back to normal, although winter boots along with a scarf and hat are highly recommended. The National Weather Service forecast is for highs of only 24°F, along with gusty winds and windchills as low as -4°F.

West Hartford Public Schools Assistant Superintendent Andy Morrow sent an email to all parents just before 5:30 p.m. Tuesday, thanking DPW and the building and custodial staff for the great job clearing roads and walkways, and indicating that West Hartford schools will open and operate on a regular schedule on Wednesday.

Any updates to the school schedule, if necessary, will be announced early Wednesday morning. We will provide any updates on We-Ha.com.

All town buildings, including libraries, senior centers, and recreation facilities will reopen on Wednesday. Westfarms will open at 10 a.m.

Trash and recyling collection will resume on Wednesday, on a one-day delayed schedule.

Several snow events are in the forecast for the next week. Do you have enough milk and bread?