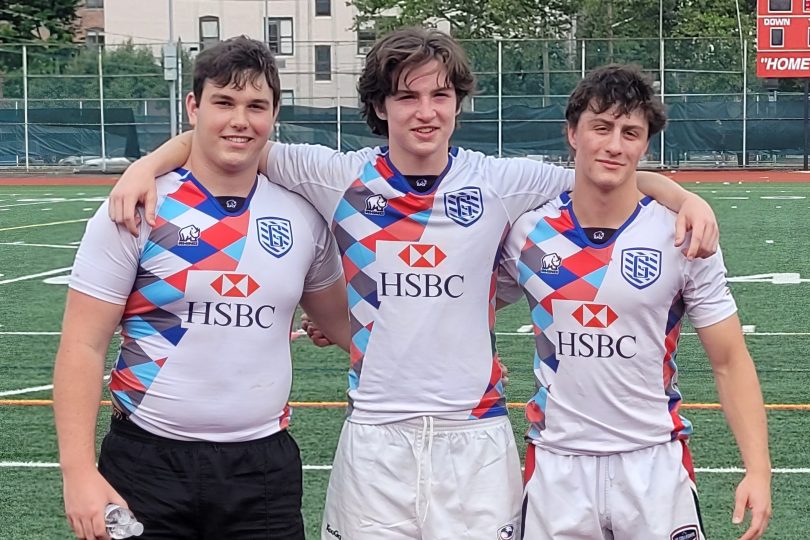 Three boys from the West Hartford Black Hearts Rugby team, all members of the Conard Class of 2022, were selected for the Connecticut All-Start Rugby Team.

The Connecticut squad was led by Michael Lackowski, coach of the Greenwich High School team. Coach Lackowski praised the contributions of the trio, saying, “Most of our players come from varsity programs that are supported by the local school district. The fact that West Hartford can generate such high quality athletes as a self-run club is a great testament to the hard work of the coaches and players.”

West Hartford back Griffin O’Connell was elated to have one more game with his fellow co-captains. “After going undefeated for the past two seasons, this was a special way to finish our high school careers. It was great to hoist another trophy with my brothers,” he said.

Held, Kirklin, and O’Connell will all continue their rugby careers in college next year, having signed letters of intent for Wisconsin, Providence, and Coastal Carolina, respectively.

The West Hartford Black Hearts is a nonprofit high school rugby team founded in 2011. Its mission is to promote the sport of rugby and help young people develop life skills such as teamwork, leadership, and accountability.  More information about West Hartford Rugby can be found at www.whrugby.org.