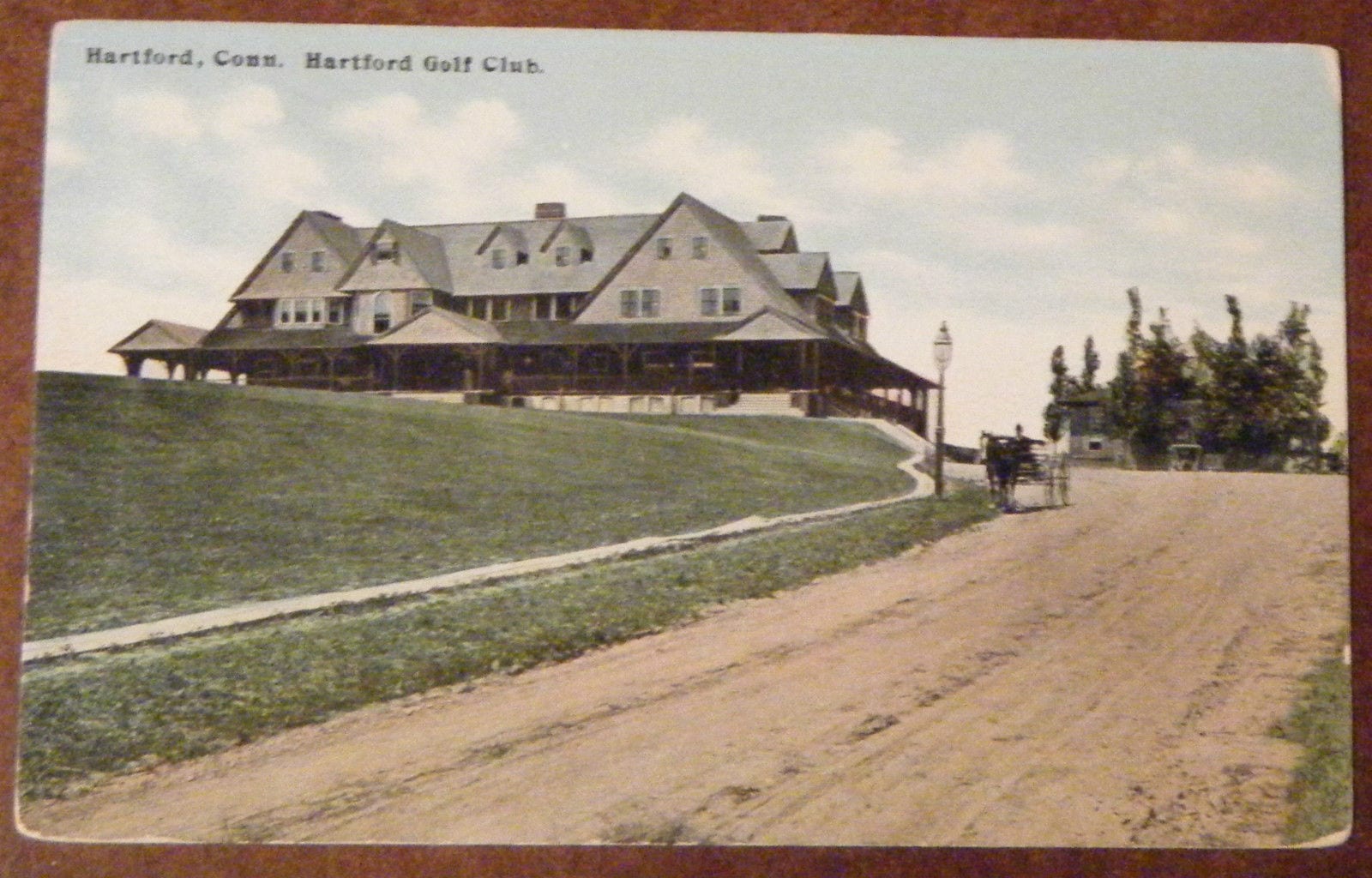 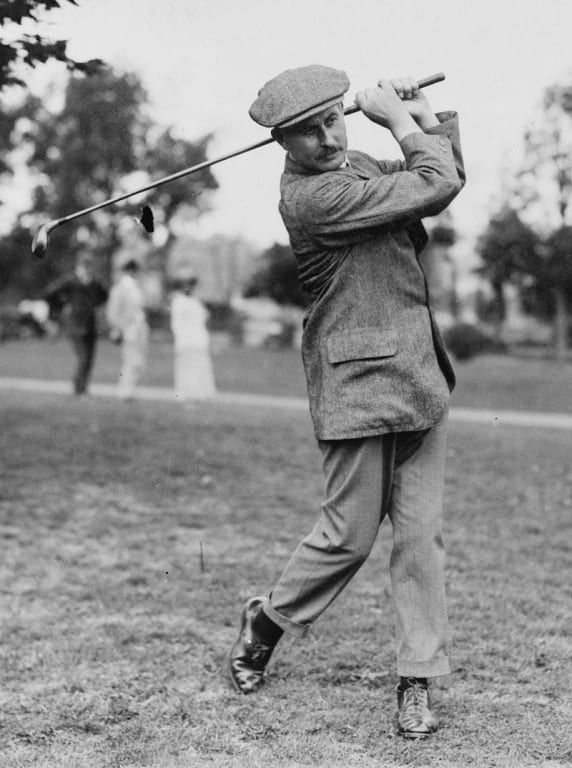 Harry Vardon, circa. 1910 from the Library of Congress. Submitted photo

If you’ve ever attended one of Elizabeth Park’s summer concerts, you might have sought parking refuge across the street from the main entrance, on Vardon Road.

Ever wonder from where the name Vardon comes? Golf enthusiasts might recognize the name. Henry William “Harry” Vardon (1870 -1937) was a preeminent professional golfer from the Channel Islands. He won The Open Championship a record six times and was golf’s first international celebrity, touring the United States and Canada in 1900. That year, Vardon played in more than 90 matches and finished the trip by winning the 1900 U.S. Open.

So why would a suburban street in West Hartford, Connecticut be named after him? You may have noticed that some of the other streets in the Vardon Road neighborhood allude to the game of golf. There’s Fairway Street, and then the more obvious Golf Road. The names of all three streets are due to the fact that the neighborhood once housed the Hartford Golf Club.

The Hartford Golf Club, founded in 1896, was originally located east of Prospect Avenue, where Elizabeth Park is today. Around 1900, the first formal club house and an 18-hole course was built on the land between Albany and Asylum Avenues.

After the removal of the club house and golf course, additional houses were added to the neighborhood. If you take a trip down Vardon Road, you will notice that the houses on the south end of the street are from the 1920s and 1930s, while the north end of the street has homes from the early 1960s. 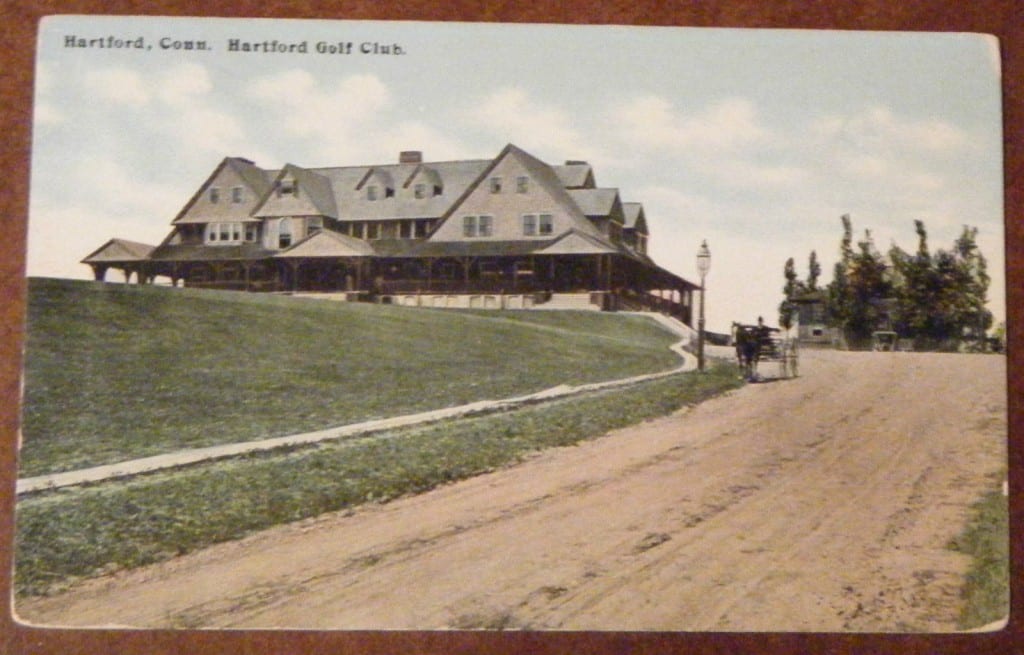 During his American tour, Harry Vardon made a stop at the Hartford Golf Club. Vardon played an exhibition game against the Club’s members on Sept. 18, 1900. According to a Hartford Courant article from the same day, the Hartford police were called upon to handle a crowd of 500 spectators who had come out to see the famous golfer. Despite the enthusiasm of the Greater Hartford community, Vardon called the Hartford Golf Club course “. . . positively the rottenest course I ever played in my life.”

Shortly after, the Club purchased the land between Albany and Asylum Avenues, and built the club house and the 18-hole course. And the street itself? They named it Vardon Road.

Jennifer DiCola Matos is the Executive Director of the Noah Webster House & West Hartford Historical Society. Her new series “West Hartford Street Smart” pays tribute to the Town’s rich and colorful past. If you have information about the history of West Hartford’s streets, please email her at [email protected].

The Noah Webster House & West Hartford Historical Society is a cultural destination where citizens can learn to understand and appreciate the past. The museum preserves the birthplace of Noah Webster, the founding father, educator, author, and lexicographer who taught generations of Americans what it means to be American. This National Historic Landmark is also a repository for the history of West Hartford, the community that molded Noah Webster’s future, and is still thriving over 250 years later. The historic house and exhibit spaces are open daily 1 p.m. until 4 p.m. For information on the museum’s extensive school and public programs, please visit www.noahwebsterhouse.org, call (860) 521-5362, or follow the museum on Facebook and Instagram (NoahWebsterHouse) and Twitter (@NoahWebHouse).