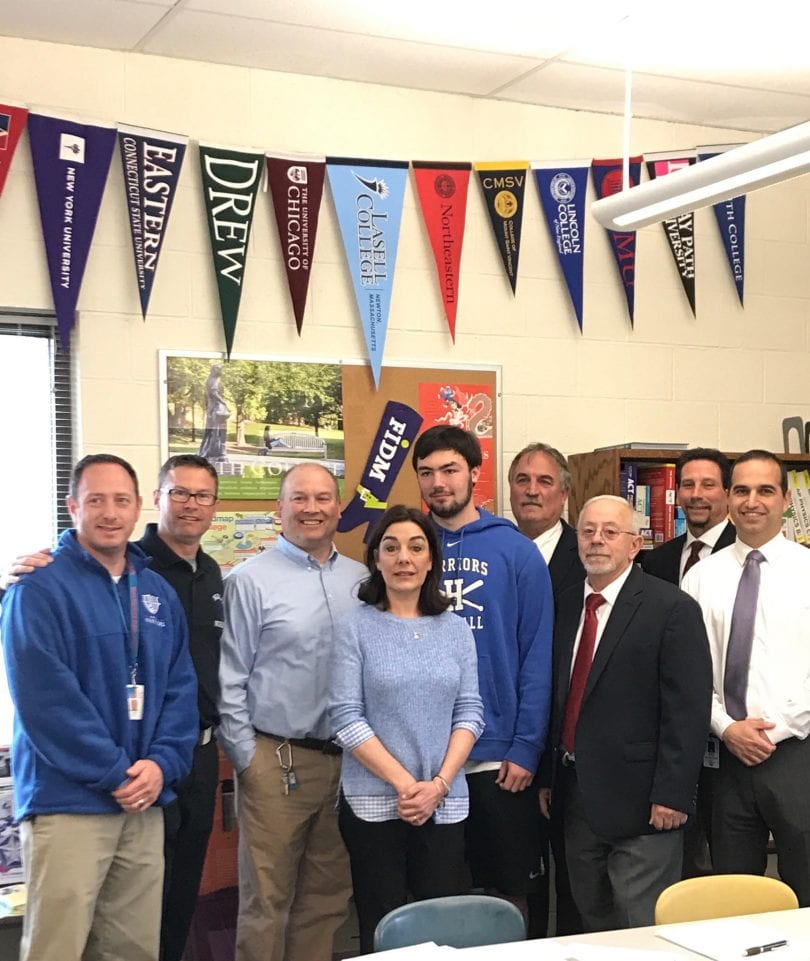 Colin Fitzsimonds of West Hartford’s Hall High School earned the honor, which is based on football performance, scholarship, and leadership.

“Colin exemplifies the term student-athlete and conducts himself as a positive role model in our community,” Hall head football coach Frank Robinson said in an email.

When he submitted Fitzsimonds’ name to the National Football Foundation for the award, Robinson said he highlighted the fact that Fitzsimonds was respected by coaches as well as players, has complete command of his emotions, and is a true team player.

“There is not a player that has demonstrated a better vision to success than Colin Fitzsimonds. As a two-year starter at the demanding Left Offensive Tackle Position, Colin improved on a daily basis to become the player he is today. Through his career, Colin was the player you could always count on to give his best effort and be productive,” Robinson said.

As a top-notch student-athlete, Robinson said, Fitzsimonds used “his technique and intelligence of film study to defeat his opponent. He is the epitome of doing the right thing and giving your all.”

He also mentored younger players, including his brother who was a freshman on the football team this year.

Outside of football, Robinson said that Fitzsimonds works with special needs students through the Miracle League of CT, is a teacher’s assistant in an algebra class, and plays the saxophone in the Concert Jazz Band. He also plays baseball for Hall.

Academically, Fitzsimonds excels in multiple honors and AP classes, and is a member of the National Honor Society National Latin Honor Society, and the CCC All Academic Team.

Fitzsimonds will be recognized during the National Football Foundation and College Hall of Fame banquet scheduled for May 21, 2017, at the Aqua Turf.

He plans to attend UConn next fall, but will not be playing football

Honorees have their names listed at the College Football Hall of Fame in South Bend, IN.