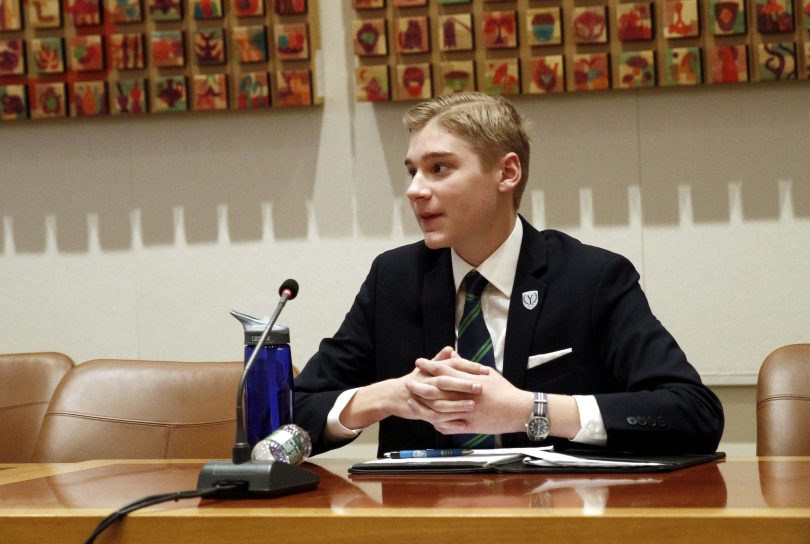 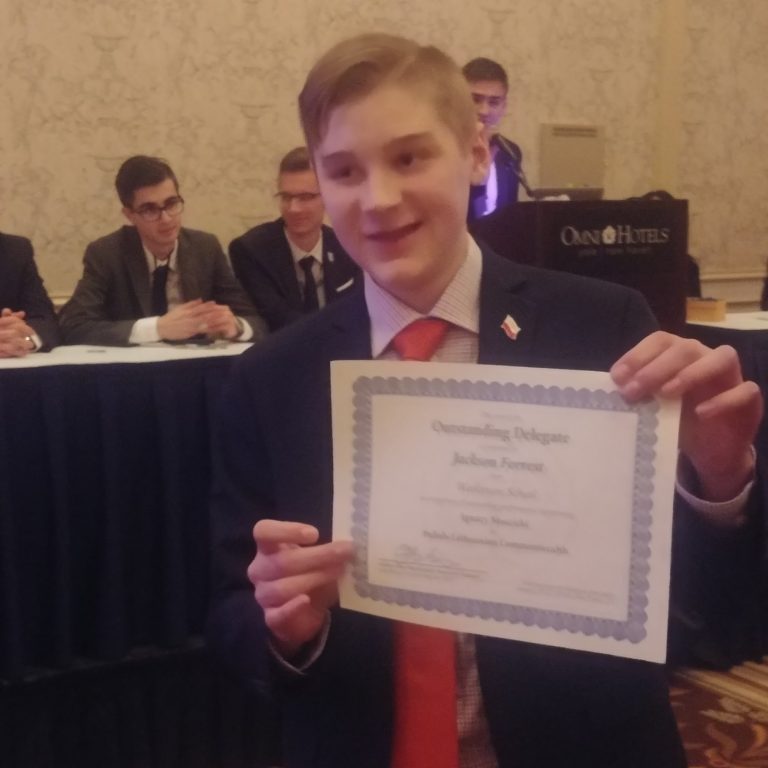 Jackson Forrest of West Hartford, a sophomore who joined Watkinson’s Model United Nations last year, was invited to apply to the “All American Model UN Program.” He went with this national group to Budapest, Hungary, over Thanksgiving break, and participated in the Model UN debate there where he won the “Best Delegate” award, and his team altogether won the “Best Delegation” award.

Andrew Aavatsmark, who is the Model UN club coordinator and an upper-school history teacher, said, “Model UN is a great example of intellectual fun. Students that participate have a great time because they are thinking and working really hard with other academically serious students from around the world.”

Model UN is a club at Watkinson that consists of 14 students in grades 9 through 12 who debate on international issues that are based on topics relevant to today’s world. The club participates in conferences that are modeled after events that the actual UN has. The students get the opportunity to attend three simulations per school year, which take place at several colleges or universities around the country. For each simulation, the students represent a new country and are assigned one to two topics that they need to be prepared to discuss.

They write position papers, go through a UN style debate, and come out of it with the end result of all the groups cooperating to come to a common solution together. The debates are structured so that people can make statements on their issues, and they also allow for some unstructured time to be incorporated.

The first simulation took place from Nov. 30 through Dec. 1 at the University of Hartford and was hosted by The World Affairs Counci . At this debate, Watkinson students represented the country of South Korea.

Two Watkinson students were officers at this simulation: Matteo Carrabba of West Hartford as well as Forrest.

The second simulation coming up is from Feb. 14-17  at Georgetown University, in Washington DC, where students will be participating in two sessions. The last simulation will be taking place in New Hampshire at Dartmouth College in April.

Watkinson School is Hartford oldest independent school for grades 6-12/PG. Learn more at an upcoming info session for prospective families on either Dec. 14 or Jan. 10 at 9 a.m.