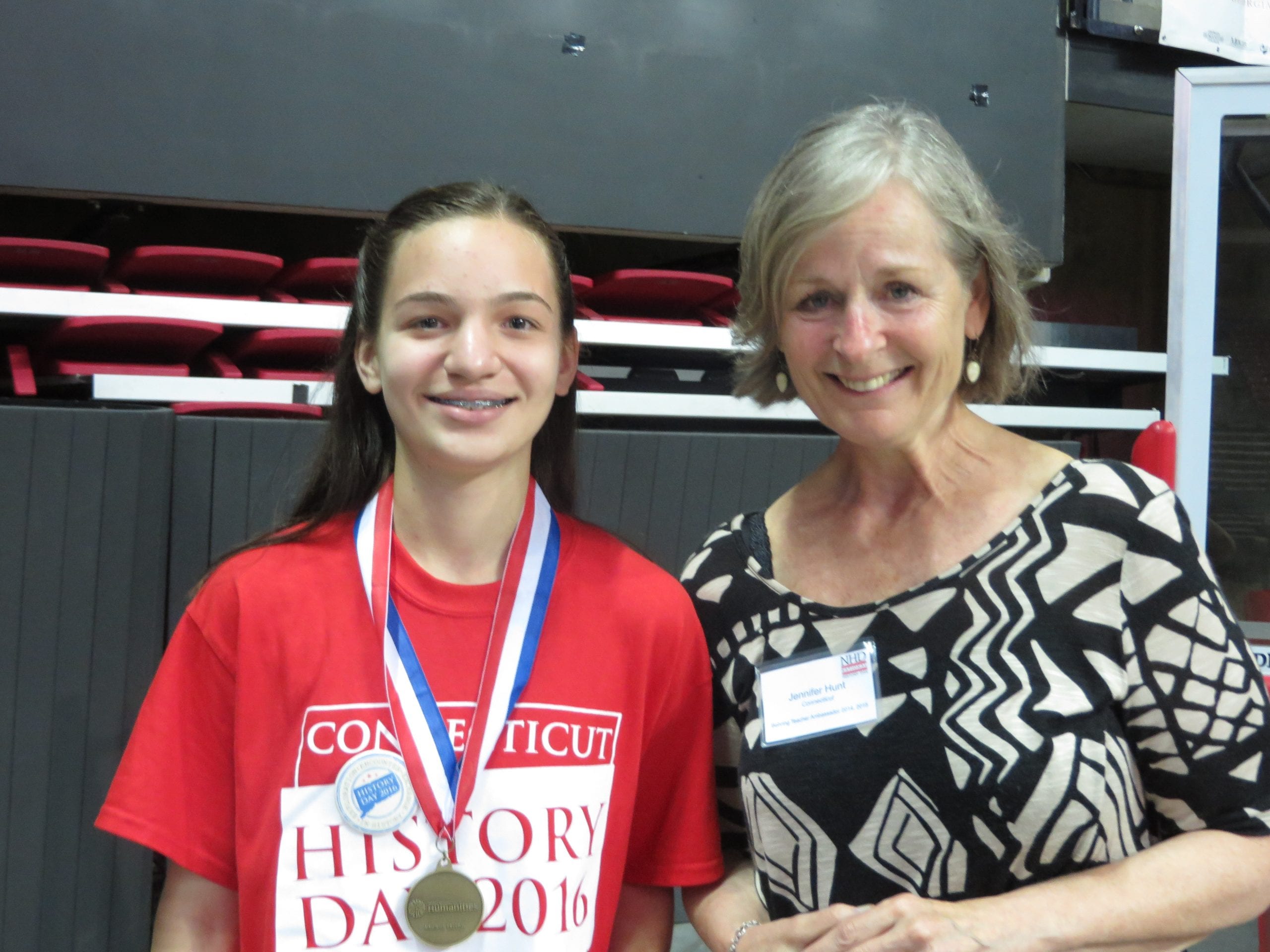 Middle school student Mia Porcello of West Hartford, who won the Junior Individual Exhibit Category, was one of several Connecticut students to win an award at the National History Day Contest Contest at the University of Maryland. 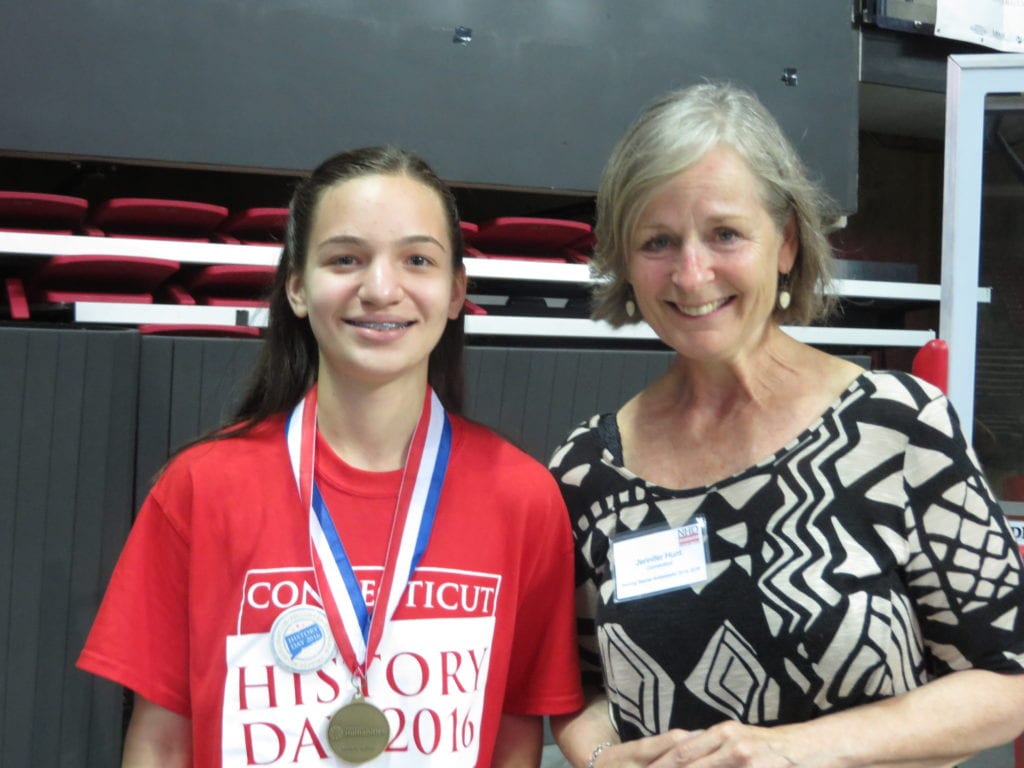 Sixty-eight Connecticut students represented the state and the Connecticut History Day (CHD) program during the prestigious 2016 National History Day Contest at the University of Maryland from June 12-16, and a West Hartford middle schooler took home a top prize.

CHD, a statewide history program led by Connecticut’s Old State House, sent the state’s delegation to the annual contest to compete against 2,900 students from across the country. Several students won awards at the NHD Contest, resulting in the most successful year in the program’s history: 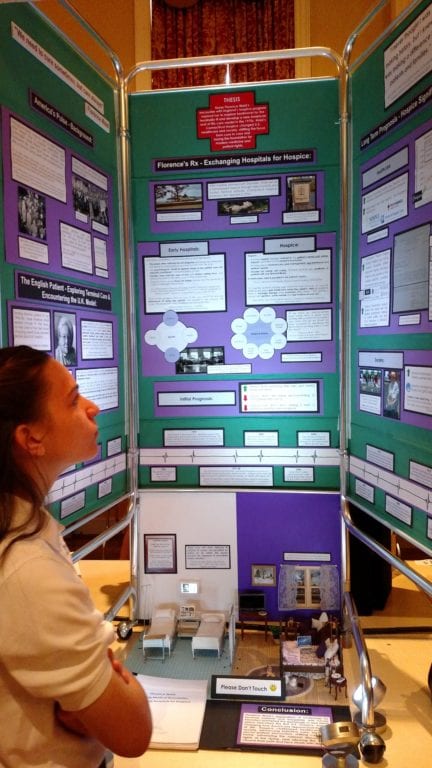 “Good strategic thinking by our History Day team has increased the number of students who learn and grow through this program,” said Sally Whipple, Executive Director of Connecticut’s Old State House. “Old State House workshops, resources and coaching have helped students develop high quality projects based on sound research. We serve thousands of students through this program, but more important than the number served, is the quality of that service. Students develop critical thinking, writing and research skills, along with increased confidence, curiosity and the ability to ask and find answers to compelling questions. The Old State House staff strives to do this every day through all of its programs. It’s great to see student work that we’ve helped nurture receive the highest National History Day honors possible.”

Other Connecticut award winners include:

During their stay at the five-day contest, the Connecticut Delegation spent time exploring Washington, D.C. They toured the U.S. Capitol Building and were able to observe a filibuster from the Senate Gallery. Students also enjoyed the opportunity to visit and tour the National World War II Monument.