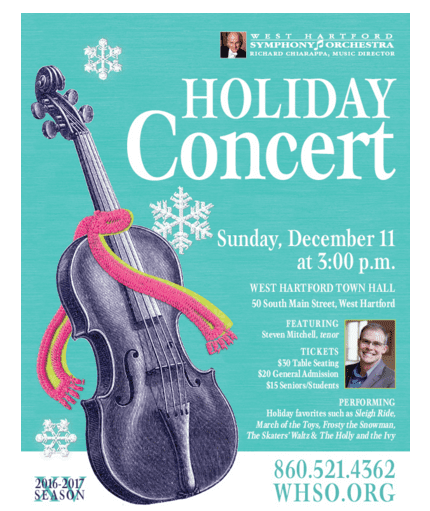 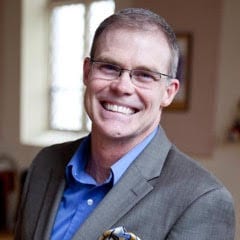 Tenor Steve Mitchell will be the featured soloist at the WHSO Holiday Concert on Dec. 11. Submitted photo

The West Hartford Symphony Orchestra (WHSO), under the direction of musical director Richard Chiarappa, continues its Triumphant 15th Season on Sunday, December 11, at 3 p.m., at Town Hall with the Holiday Concert.

This is a special concert for a several reasons. The orchestra will be celebrating the holidays with the West Hartford community by playing 17 different seasonal musical works – Christmas Music for an Orchestra, March of the Toys, An Overture for Hanukkah, The Holly and the Ivy (Mannheim Steamroller) to name a few.

Also featured will be soloist Steve Mitchell, a tenor with a well-known and admired reputation. His past association as Minister of Music and Arts at Asylum Hill Congregational Church has rewarded him with a sizable following.

Mitchell was largely responsible for expansion of the annual Boar’s Head and Yule Log Festival and the creation of the Asylum Hill Neighborhood Parade, memorable for their pageantry and professionalism. The WHSO is so pleased to have Mitchell grace the concert with his magnificent voice.

Founded in 2002, the WHSO is composed entirely of volunteer musicians providing Classical, Holiday and Pops throughout the year. Conductor Richard Chiarappa is a co-founder of the orchestra. Additional information is available by contacting the Conductor, the Public Relations Director, or by visiting whso.org.