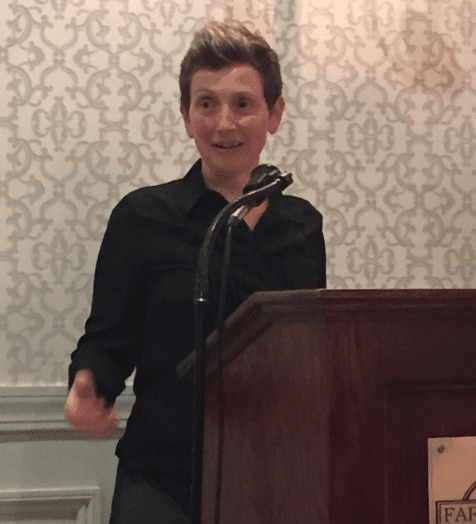 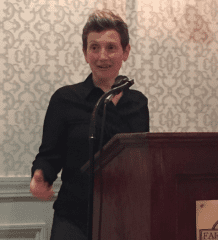 Lanese began teaching in the English Department at Hall in 2001, and currently teaches freshman English as well as a British Literature course that is an elective for juniors.

“We try to have fun everyday,” Lanese told We-Ha.com when asked earlier this month about her teaching style. She said that a student once said that students are awake at school more hours than they are at home, and she has never forgotten that.

When Superintendent of Schools Tom Moore informed the Board of Education that Lanese was one of the finalists, he said that she is extremely devoted to her students. “They seek her out in the hallways, seek her out after school, they want to make her proud,” he said.

In addition to teaching English, Lanese also serves as faculty advisor to the Action Club which promotes social justice and youth leadership, and has just taken on the role of co-advisor to the Drag Society at Hall.

“She’s deeply committed to the culture and community at Hall and making sure that each student has a place,” Moore said.

The other finalists were Jennifer Hall, a Morley 4th grade teacher and Christine Newman, a Duffy kindergarten teacher.