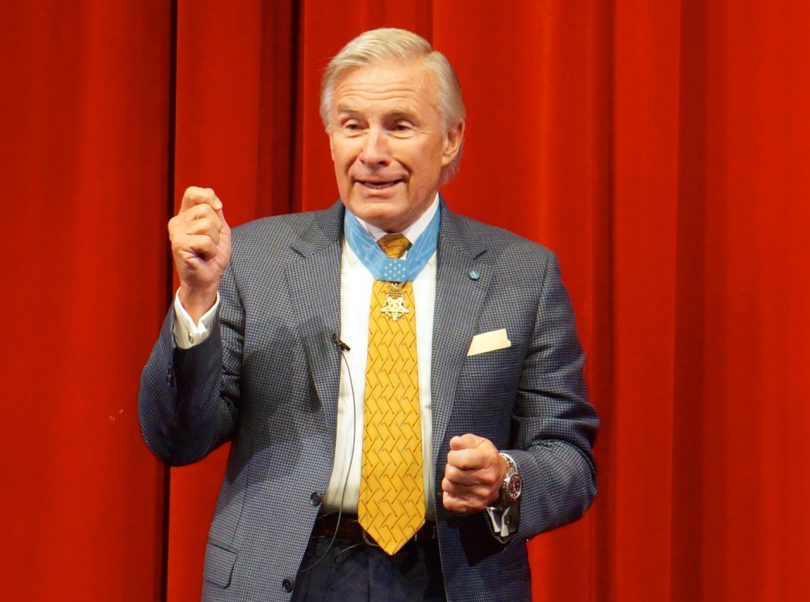 The 2018-2019 academic year officially began Monday for teachers in West Hartford Public Schools with a lively and inspiring convocation. 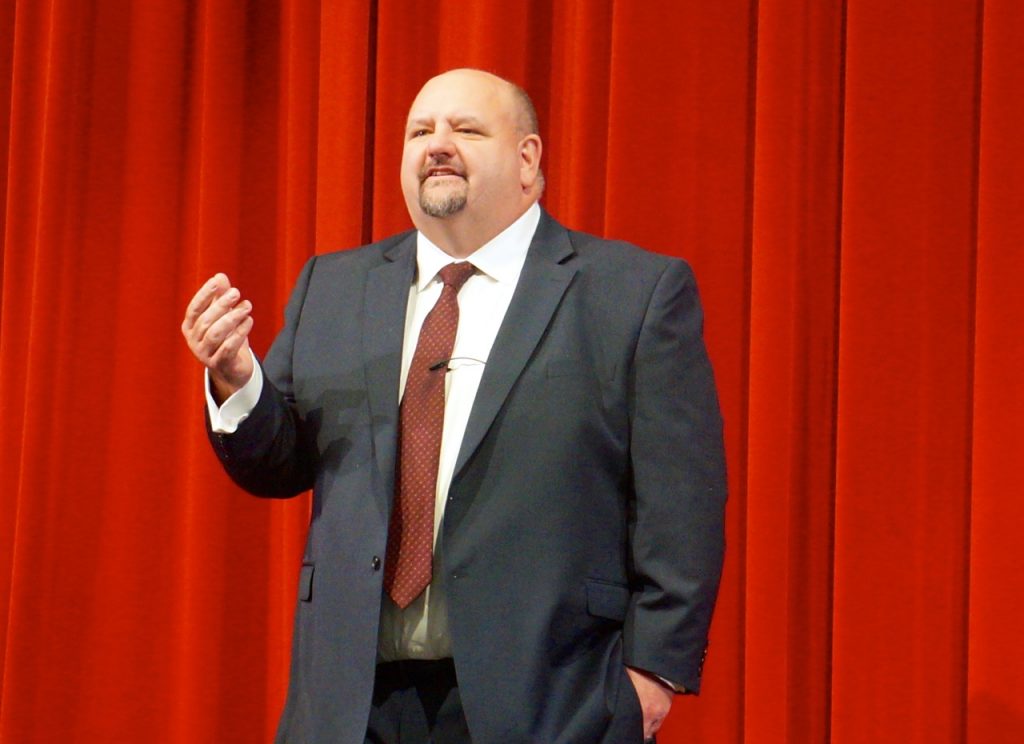 For the first time in his five-year tenure, Superintendent of Schools Tom Moore brought in an outside speaker for the annual “Celebration of a New Year” convocation ceremony – a Medal of Honor winner whom he said would do an incredible job speaking about leadership.

Moore’s respect for the speaker was so great, that he said he didn’t even feel he should have the right to introduce him. He turned that role over to Assistant Superintendent and Air National Guard Command Sgt. Major Paul Vicinus. 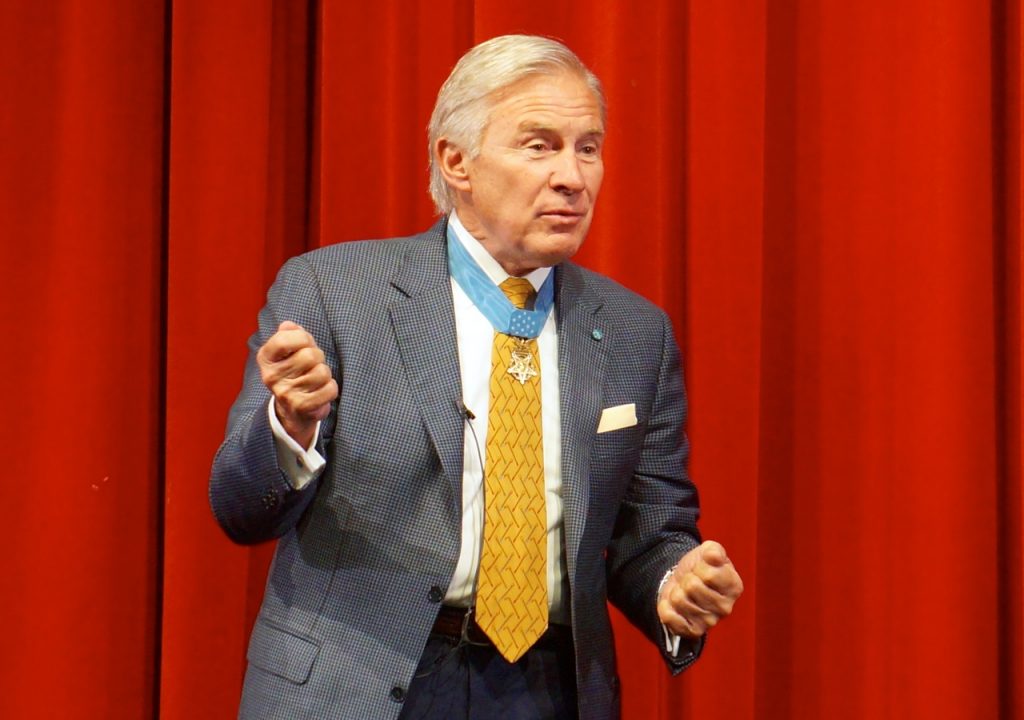 The crowd of about 900 teachers that filled the Conard High School auditorium Monday morning was a rapt audience as Paul (Buddy) Bucha, a retired U.S. Army captain, West Point graduate, former professor, and recipient of a Medal of Honor for his actions leading his company in Vietnam, spoke about how he took a group of “misfits” – some of whom started off unable to “march and chew gum at the same time” – and turned them into “the highest decorated unit in the Vietnam War.”

The men in Bucha’s company started off labeled as losers, but he figured out how to lead them. Leading is the role that teachers have, he said.

Bucha provided a roadmap for the teachers, outlining what he believes are the five elements of leadership.

“The foundation of leadership is integrity,” he said. “If people don’t trust you they will not follow.” A leader needs to demonstrate and live by ethics, because everyone will figure out if you’re a fraud.

“You’ve got to have confidence,” Bucha said – the confidence that you can teach your students what they need to know and prepare them to lead this country.

Competence is the third element of leadership, Bucha said. “You have to know what the hell you’re talking about.”

The fourth element is compassion. “These are not machines,” Bucha said. “The same fears you have, they have.” He said that it’s okay to be afraid, to not always be the one who is able to help or fix things. When his own daughter, who is one of Conard’s lacrosse coaches, was diagnosed with breast cancer, he couldn’t cure her, but what he could do was provide emotional support.

All of the students are the most important people on the planet to someone, Bucha said. “You have to understand that the job you’re doing, the people you’re teaching … you’re proving their beliefs that their kids are the most important people in the world.” They need to be treated with politeness, with dignity, civility, and respect, with your time.

Bucha received a rousing round of applause, and a standing ovation, as he concluded his speech.

Before Bucha took the stage, other speakers and presenters also provided inspiration, and received standing ovations.

Each year a different school officially hosts convocation, and this year the honor belonged to Wolcott Elementary School. 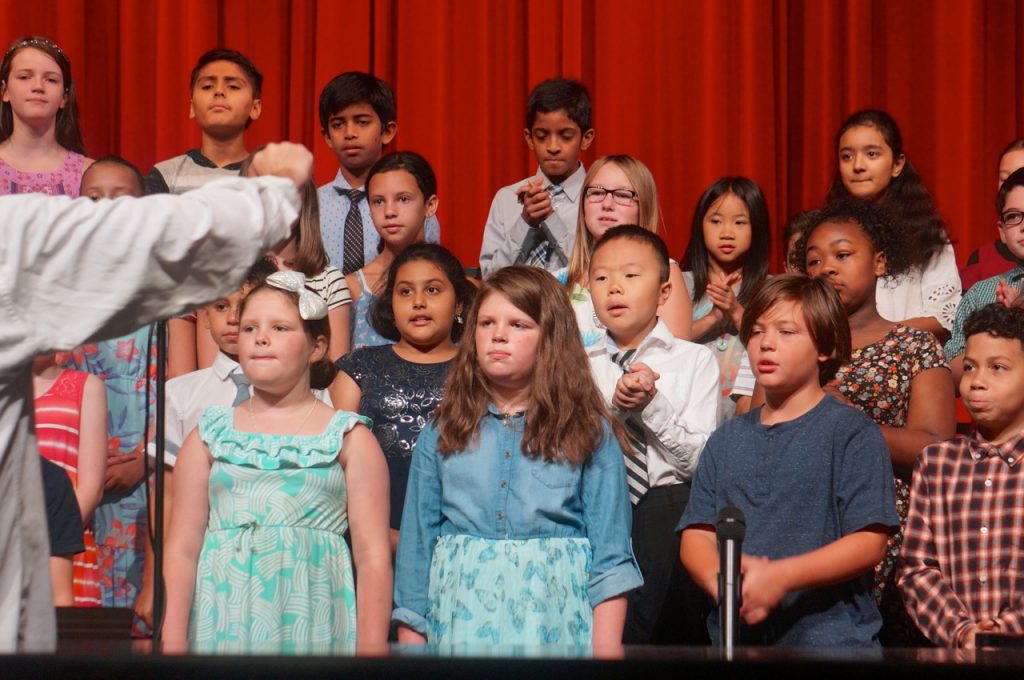 Wolcott Principal Scott Dunn welcomed the teachers, noting that for teachers and students, the start of school is really the beginning of the new year. “It’s the people – you, us – that make our district what it is,” he said, and urged the faculty and staff to commit to treating each other with respect and love.

Roszena Haskins, director of Continuing Education and Diversity Advancement, welcomed the approximately 65 new staff members, recognized those teachers with more than 25 years of service, and welcomed members of the Board of Education, town and state officials, and town staff who attended the convocation.

“This year for the first time in 25 years there are no new principals,” Haskins said.

Haskins also had some words of inspiration for the crowd as they prepared for the new school year: “If it is not us, then who? If it is not now, then when?” she said.

Mark Zydanowicz welcomed the teachers to the new school year on behalf of the Board of Education. Using the analogy of a well-built home, he said that all of the teachers have a role in the foundation and building the success that has led to the accolades that West Hartford Public Schools consistently receive.

“Thank you in advance for building such wonderful homes,” Zydanowicz said.

Shyloh Peak, who graduated from Wolcott and will be a sixth-grader at Bristow as of Wednesday, was chosen to provide “Insights of a Student.” As an organizer of Wolcott’s town meeting, member of the editorial board, book buddy, and actress in a production of “Hamlet,” Shyloh had the audience laughing as she gave a summary of her fifth grade year in Matthew Dicks’ class.

Shyloh said she will miss Wolcott School – not just one thing, but everything. “The teachers at Wolcott were so helpful, so kind … I was kind of a pain in the butt, still am,” she said.

Addressing her new teachers seated in the audience, she said, “My name is Shyloh Peak. I’m loud and energetic – and ready to learn.”

Stemmer said that she was inspired to become a teacher by her father, a now-retired history teacher. His advice to her was: “If you want to reach your students, they have to know you really hear them … teaching is an exercise in hope.”

That type of hope, she said, is more than just wishful thinking. “Hope with legs … it has some strength, some action behind it,” Stemmer said.

“As teachers we are lucky that we participate in hope every day,” she said, but the challenge is to convince students that they should have hope and that everyone should invite hope into their lives.

It starts with just taking two minutes of time, making connections, being an active listener. “As active listeners we have immense power to facilitate change,” Stemmer said.

Before he yielded the stage to Bucha, Moore read the last words of Sen. John McCain, who died a few days ago after a battle with brain cancer – an inspiring message to “believe always in the promise and greatness of America.”

Moore said that now that his oldest child has started college, and he is personally experiencing a new phase of life, he understands even more what a tremendous impact West Hartford Public Schools has made.

“You have no idea what I owe you,” Moore said, eliciting laughter when he said it was because his son, Jack, a Morehead-Cain Scholar at the University of North Carolina, had received a full scholarship. “That’s not why. It doesn’t hurt, but that’s not why,” Moore said.

“When we set them off in the world, they’re ready,” Moore said.

Moore said that there’s no one happier in the world to be at college than Jack. Recounting a phone conversation they had over the weekend, Moore said, “He said, ‘You know what’s the best, dad, it’s that nobody knows me. Nobody knows where I’m from, and I can be the best version of myself.'”

At the start of a new school year, that’s a message that applies to each and every teacher, administrator, staff member. “I really want to be the best district, the best version of ourselves, the best schools,” said Moore.

He encouraged family engagement, partnership, and creating welcoming schools. Sharing some stories about how comfortable his kids’ friends are at his house, including one boy who he saw helping himself to some pickles straight from a jar after playing basketball, “We need to see their dirty hands in the pickle jar. … We need to stop putting out the fine china … we need to just be together, get rid of the fineries … be truthful, be hopeful,” he said.

“You are our greatest leaders,” Moore said, the ancestors that your descendants will speak about.

Shock registered on some faces when Moore said, “I want us to be a faith-based system” –  until he clarified his meaning.

Faith, he said, is “belief in something you can’t see,” and that’s belief in what children can do, and will become.

“Don’t believe they can’t … believe in who they are, it’s there. … Have faith in our kids, in their parents.” That’s the way you lead.

“You get a fresh start Wednesday, have faith,” said Moore. “Make them their best selves.”

For information about what can be expected as students return to school, including construction updates and links to lunch menus, click here. 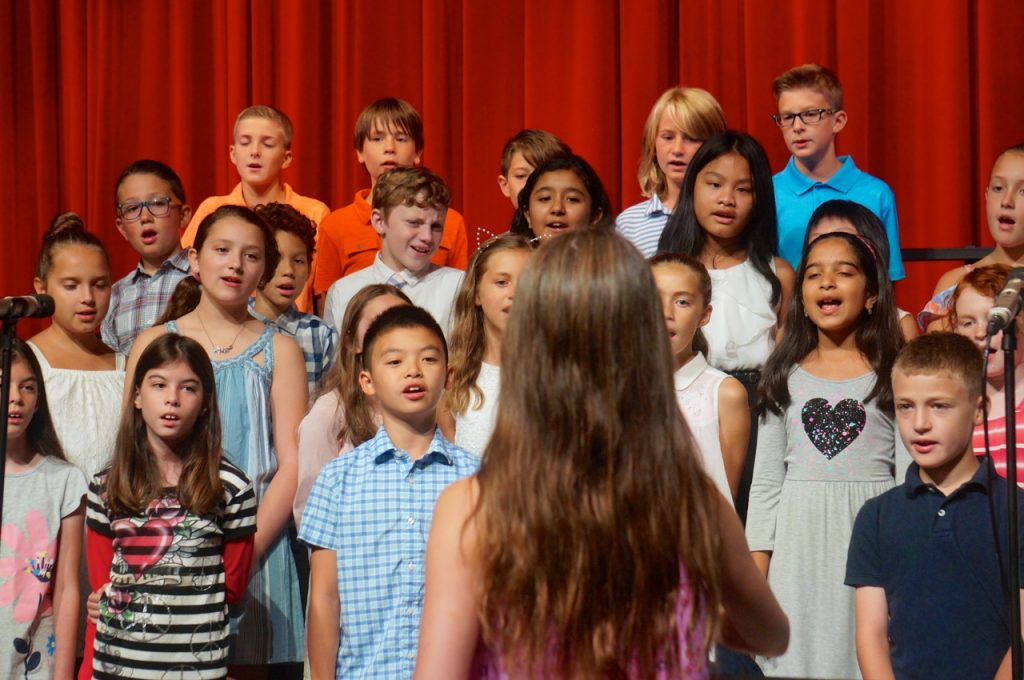 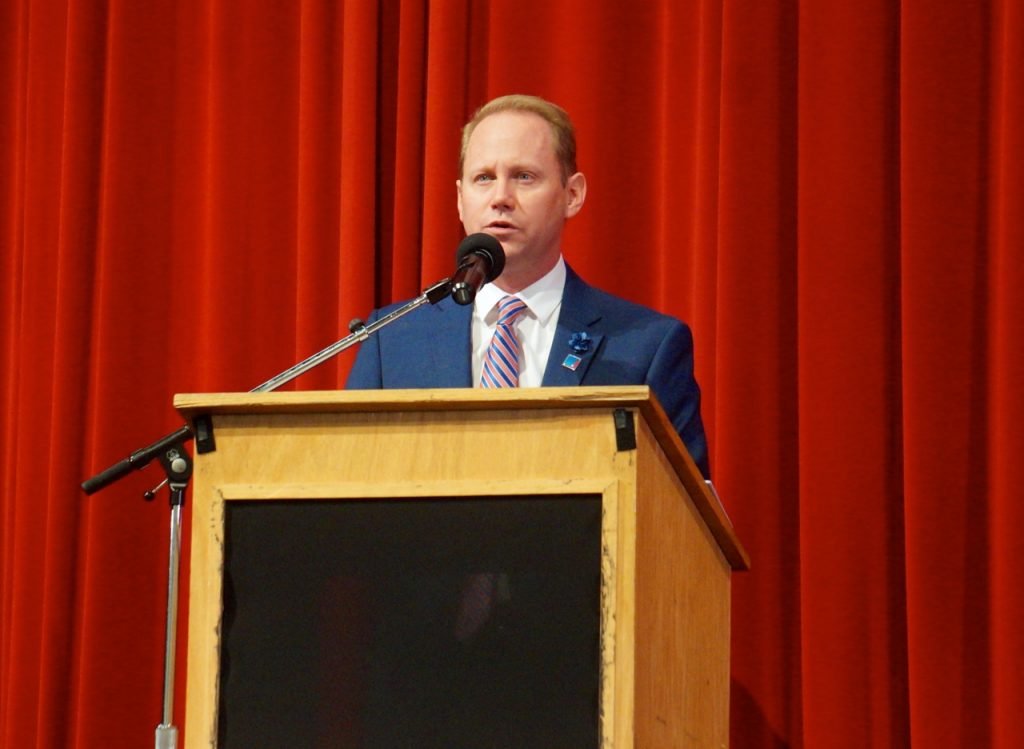 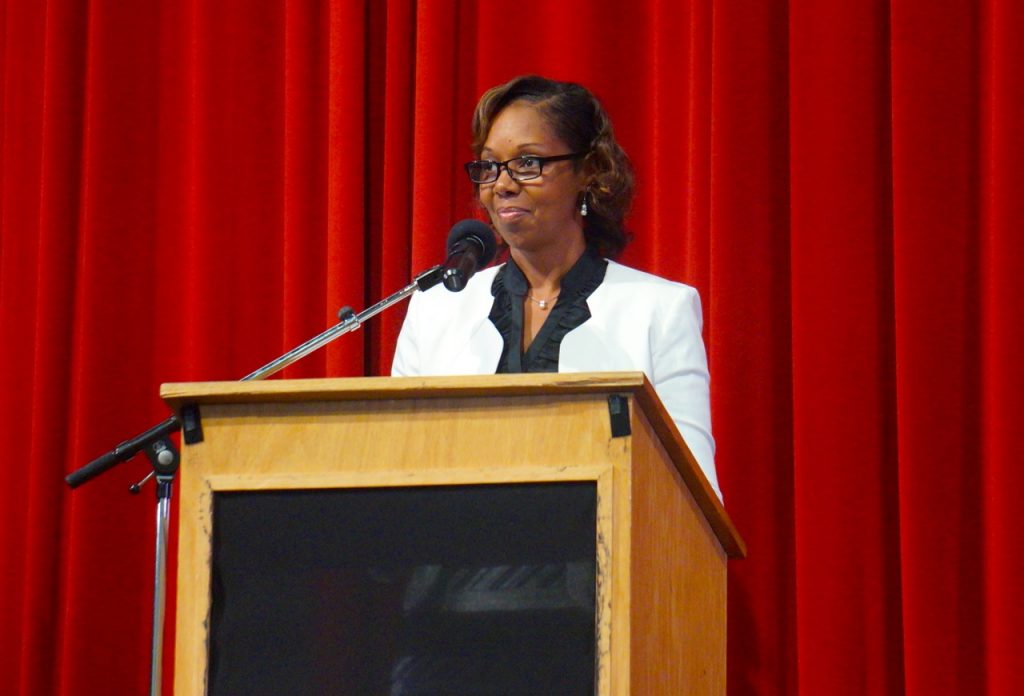 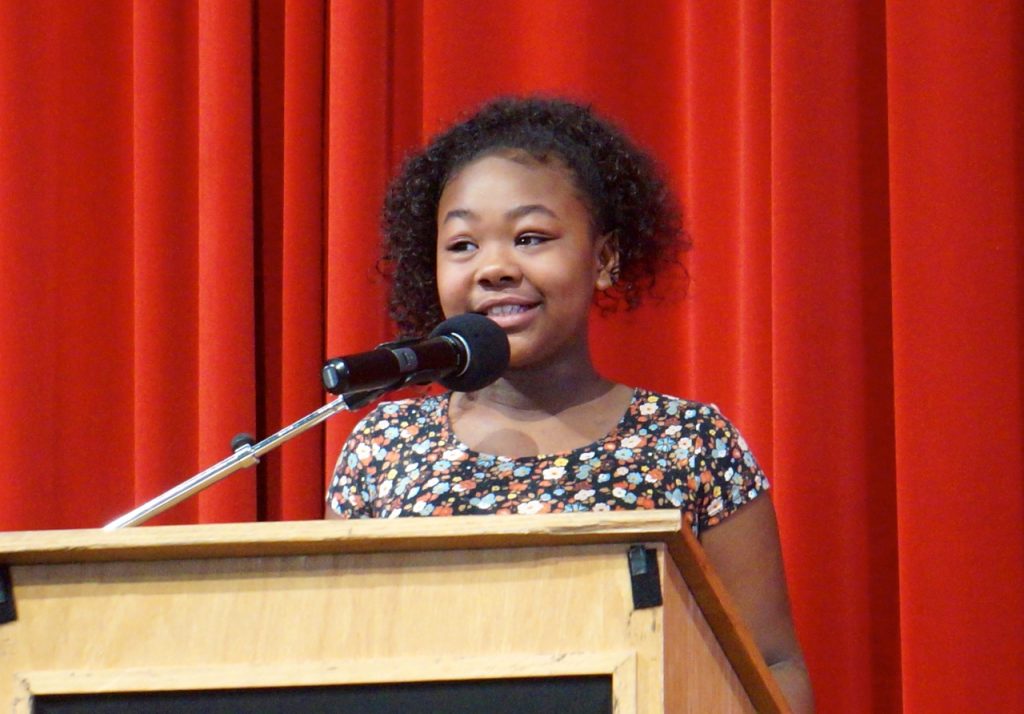 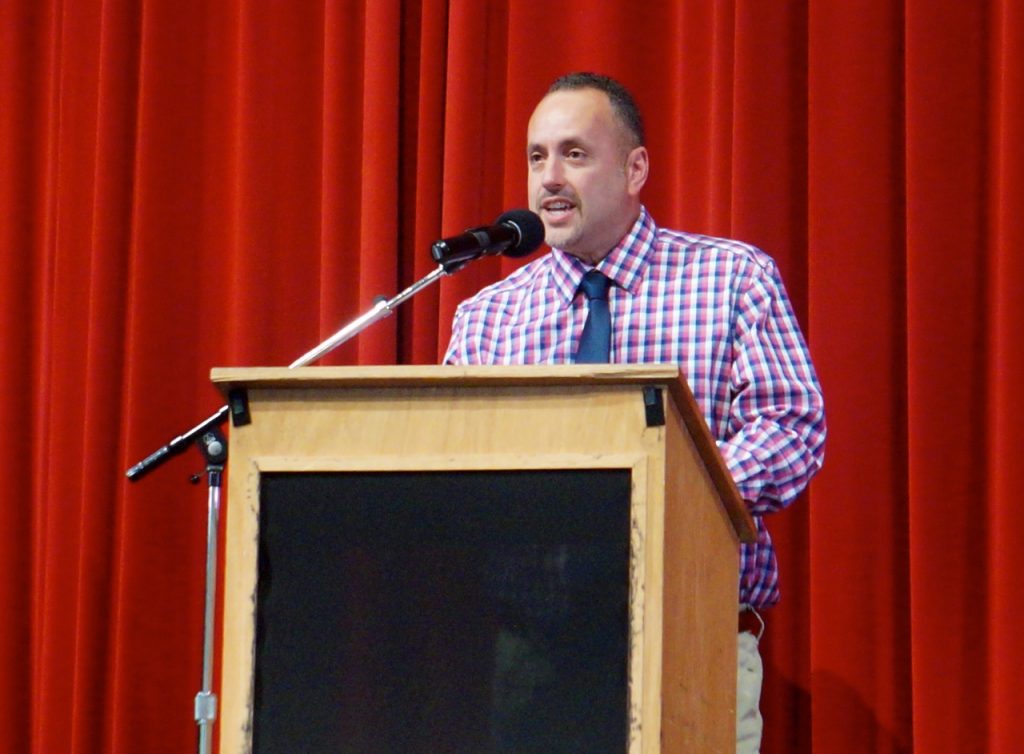 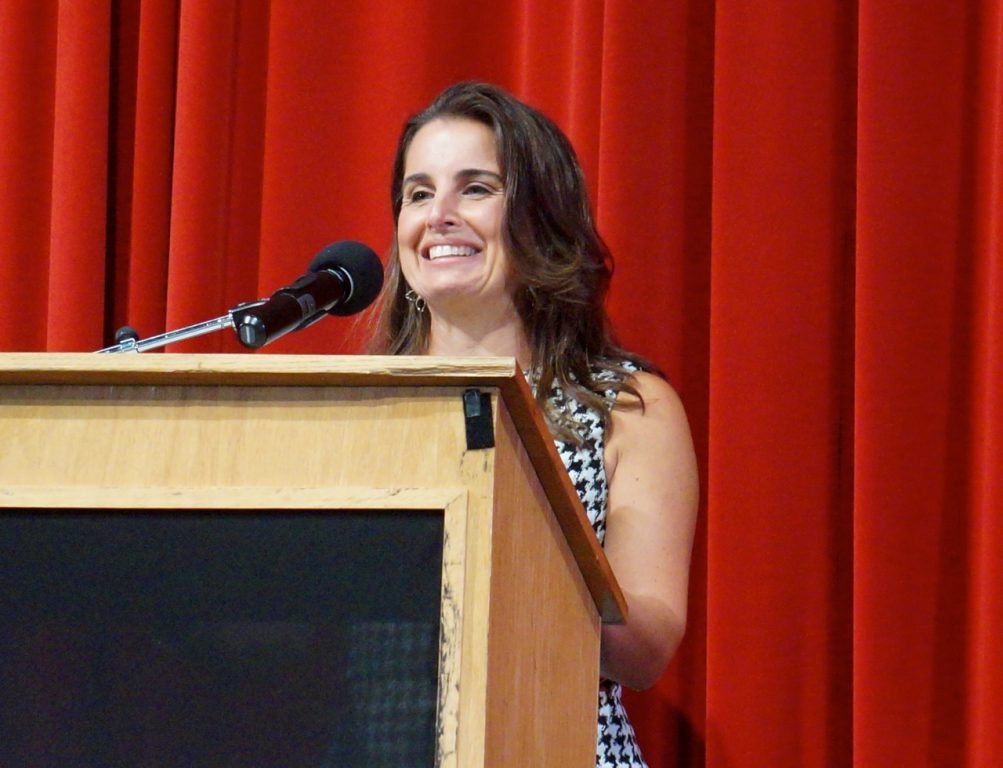 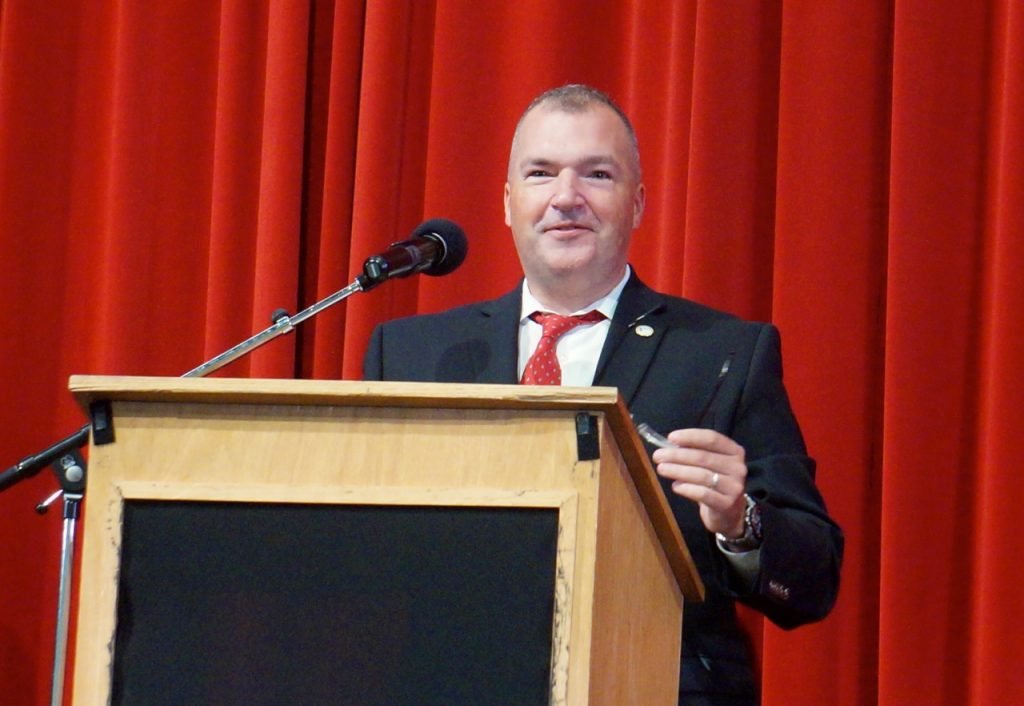 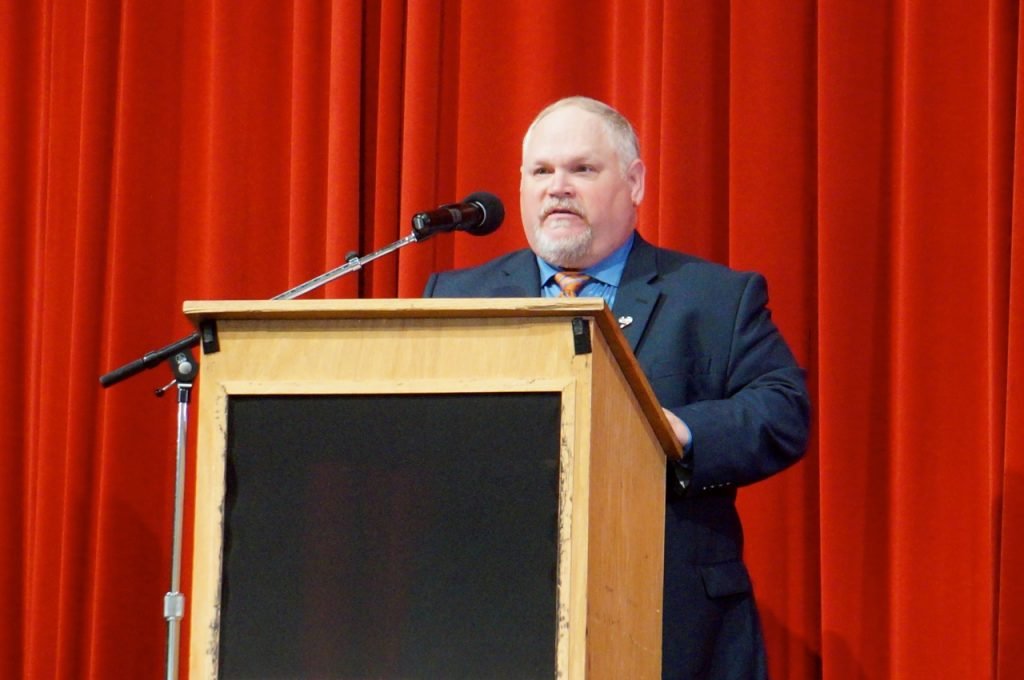