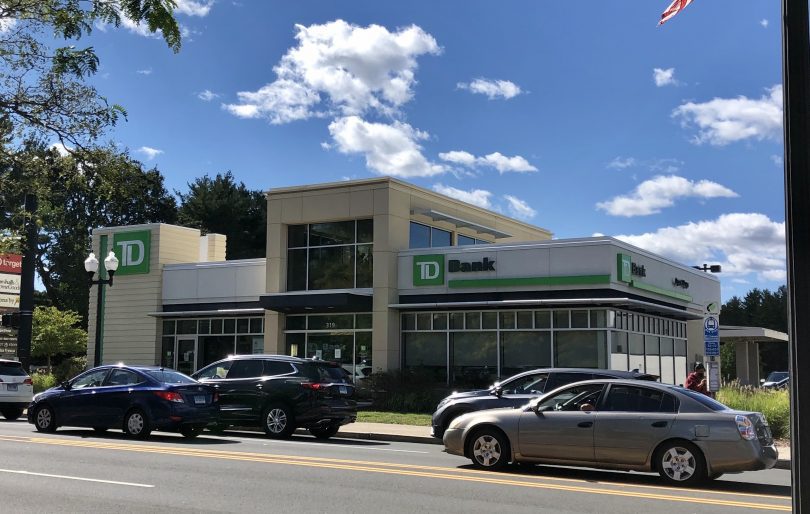 The type of drive-through built at the TD Bank in Bishops Corner will now be permitted for restaurants in additional parts of West Hartford due to a zoning change approved by the Town Council. Photo credit: Ronni Newton

The Town Council unanimously approved an ordinance Tuesday night that will expand the opportunity for restaurant drive-throughs to be located in West Hartford’s business districts.

An idea that came out of the one of the Town Council’s recovery standing committees, which met virtually during the early months of the pandemic to address economic and other concerns, has been transformed into an ordinance – developed in a bipartisan manner and adopted unanimously – to expand the ability of restaurants to have drive-through facilities in West Hartford.

Led by Deputy Mayor Leon Davidoff, a Democrat, and Republican Chris Williams, updating the town’s zoning related to restaurant drive-throughs ultimately became a goal of the Council’s Community Planning & Development Committee, which in May tasked town staff with the development of an ordinance. A public hearing on the ordinance was held Sept. 28, before the unanimous vote to allow restaurants to have drive-throughs in the BG zone.

The BG zone is a general business district – but does not include the Center or Blue Back Square.

Williams said that he and Davidoff brought the concept of the ordinance to Town Manger Matt Hart and Town Planner Todd Dumais, who took over and thoroughly researched drive-throughs, which have been evolving.

“The only objections I’ve ever heard is this becoming a trend,” Williams said, and the fear that it would impact residential neighborhoods. The way the ordinance is structured, with a residential setback combined with limited hours of operation and landscaping requirements as well has led to something that meets a need the public wants, he said.

During COVID many restaurants implemented creative solutions, including curbside pick-up, Davidoff added, that will impact how zoning applications are viewed in the future. “There’s more work to be done here,” he said during the hearing. “Our intention as committee members was not to do harm to our beautiful community,” but to respond to new models of fast casual, which require fewer people on a smaller footprint to allow for the same, or greater, sales generation.

While drive-throughs have always been a sought-after convenience for those with small children or the elderly, COVID reduced the willingness of many more residents to conduct commerce in person.

This ordinance, Davidoff said, is an example of the Council’s “willingness to look at existing zoning code, and to approach it in this case in a bipartisan manner … to be relevant in the time we live in.” It will encourage convenience as well as smart and strategic Grand List growth. 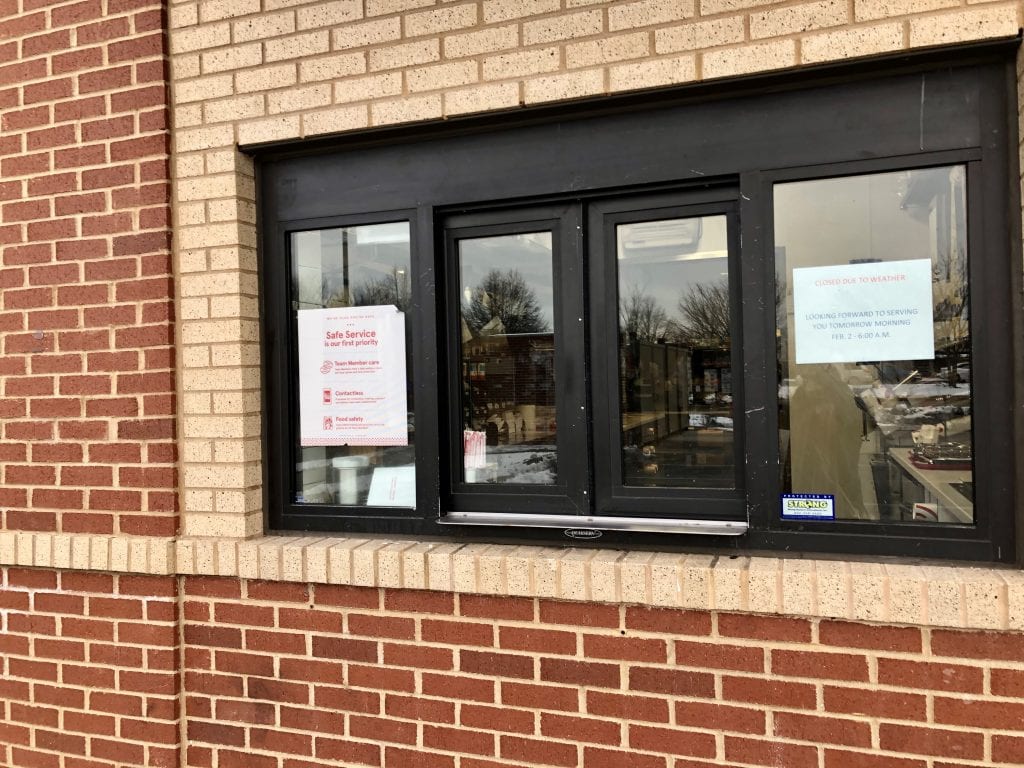 Bank drive-throughs are allowed in all commercial districts.

The town first adopted zoning related to drive-throughs in 1991, Dumais said, and in 2005 amended it to include pharmacies in zone BG.

The impression exists that drive-through is a symbol of “bad urban design,” Dumais told the Council, but “fast food and casual food provide quick, convenient, and affordable food,” he said, and in order to proactively impact and control the expansion of future drive-through establishments, the town has opted to “use zoning regulatory tools.”

Good examples of drive-throughs that would be encouraged can be found at Chick-fil-A on New Park Avenue as well as the TD Bank on North Main Street in Bishops Corner, Dumais said. Both activate the storefront streetscape and locate the drive-through window and automobile queue on either the back or the side of the building.

“How do we zone for a use, and control and balance that use?” Mayor Shari Cantor said at the Council meeting. She was a Council member when the vote took place, following a lengthy debate, in 2005 to permit Walgreens to establish a drive-through pharmacy in Bishops Corner.

She had young children at the time, and that convenience was life-changing. “This is something that does balance the walkability and the neighborhood connectivity that we value so much … but overall from a balance perspective I see great potential in this ordinance.”

The ordinance, a copy of which can be found as a PDF below, details the criteria now required for drive-throughs. Eligible parcels are in Corbin’s Corner, Bishops Corner, along Park Road, on Prospect Avenue, and on New Britain Avenue from South Main Street east to the Hartford line, Dumais said.

The possible locations are further restricted by other criteria in the ordinance, including lot size, frontage, and a minimum setback of 200 feet from any residence. Other standards include landscaping and building design requirements, minimum queue length to accommodate at least eight vehicles per lane, and restrictions on hours of operation to 5 a.m.-11 p.m.

The real opportunities, Dumais said, are a few parcels on New Britain Avenue, in Corbin’s Corner, Bishops Corner, and on Prospect Avenue. Many of the larger parcels are already Special Development Districts, he said, which will give the Town Council further control over any new drive-through facilities.

What the ordinance will do, Dumais added, is provide a good “opportunity for infill development with good streetscape development” in areas that are already automobile-oriented.

Other Council members expressed their support for the ordinance as well.

“Anything we can do at this juncture to help our small businesses is critical,” Republican Mary Fay said.

The ordinance is good for the young and for the old, and perhaps can also be used for drive-through testing is needed in the future, Cantor said.

Democrat Ben Wenograd said he was initially skeptical about the idea due to environmental issues, “and frankly the look of them as well,” but thanked his colleagues for moving him along to change his mind on what turned into a non-partisan, unanimous decision and a pedestrian-friendly design.

The Town Plan and Zoning Commission reviewed the ordinance prior to the Council’s public hearing, and voted 2-2, neither recommending nor voting against it.

In their letter, TPZ noted that those against it feared that encouraging more drive-throughs could become a “slippery slope,” and “saw West Hartford’s limited drive-through options as a ‘feature, not a bug’ that contributes to the unique character of the town, whose ‘many pedestrian-oriented commercial districts distinguishes West Hartford from other communities in the Region’ per the POCD.

The Council ultimately determined that the controls put in place would not deter from the town’s character.