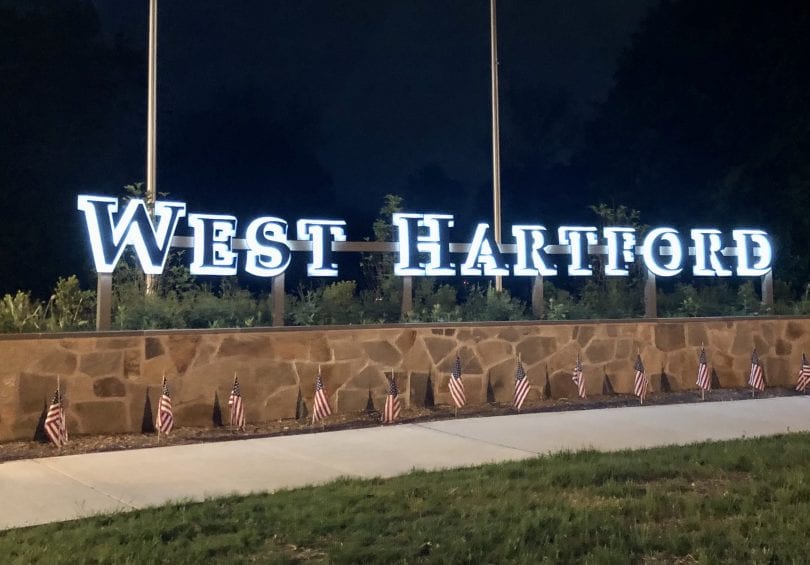 The resolution denounced the Jan. 6 attack on the U.S. Capitol as well as other anti-government extremism, hateful speech and bias-motivated violent actions in the community, and states a commitment to encouraging and engaging in public communications and anti-bias and anti-racist strategies.

On the eve of International Holocaust Remembrance Day, just three weeks removed from a violent takeover of the United States Capitol, the West Hartford Town Council on Tuesday night joined other state and local governments in adopting a resolution condemning hate and extremism.

The vote was 8-0, with one abstention.

West Hartford Mayor Shari Cantor said she has been working hand-in-hand with Bloomfield Mayor Suzette DeBeatham-Brown, with both towns adopting the resolution at the same time and pledging to work collaboratively to increase understanding. To have an impact, there is a need to “rely on local actions and commitments and attentions,” Cantor said.

“As elected leaders this is our responsibility,” said Cantor. “We’re committed to the safety and well-being of all of our citizens.”

The entire resolution has been reproduced below. It includes a commitment by the town “to defending democratic institutions, the integrity of our elections, and the security of people and facilities that carry out the democratic process,” and a commitment “to ending the spread of hate, bigotry, and harassment based on race, color, religion, national origin, ethnicity, sex, gender, gender identity and expression, sexual orientation, disability, or any other protected characteristic as defined by law.” It also denounces conspiracy theories, specifically mentioning QAnon, commits the town to “encouraging and engaging in public communications and anti-bias and anti-racist strategies,” and “urges residents to join us by adopting these values in their own lives, calling attention to these harms, and denouncing hate and extremism to help keep us all safe.”

The wording for the resolution was provided by the Anti-Defamation League, a more-than-100-year-old national organization originally formed to stop the defamation of Jews, but which has expanded its mission to include “fighting threats to our very democracy, including cyberhate, bullying, bias in schools and in the criminal justice system, terrorism, hate crimes, coercion of religious minorities, and contempt for anyone who is different.”

The ADL began working with municipal officials across the country after a deadly incident in Charlottesville, Virginia in 2017 for which James Alex Fields Jr. was convicted of a variety of charges, including murder and hate crimes, after driving his car into a crowd of people protesting a “Unite the Right” rally that was taking place.

Following that incident, “ADL started an initiative to get municipal officials to take a stance against hate and start fighting it,” Steve Ginsburg, Connecticut regional director of the Anti-defamation League, said in a phone interview with We-Ha.com.

The resolution itself was crafted just after the Jan. 6 incident at the Capitol, and President Biden’s calls for unity. While ADL is a nonpartisan organization, Ginsburg said, “The president’s calls for unity won’t amount to very much if unity doesn’t include Republicans and Democrats. When it comes to fighting extremism, that has to be a unified approach.”

Minority Leader Lee Gold, one of three Republicans on the Town Council, voted for the resolution, noting that he abhors hate and extremism, that it is time, and it’s important, to “take President Biden’s directive and lead, and begin healing our town so that our town will become stronger.”

Gold did express concerns about the Council considering resolutions on matters that are national, not local issues. “I think we need to focus on issues that address our town directly,” he said.

Republican Chris Williams said he would support the resolution “because I oppose bigotry in all forms,” but said he felt that the resolution didn’t tell constituents the whole story because it only denounced right-wing extremism and not all disinformation.

“The whole picture is that America is on fire,” Williams said.

“Truth matters. Words matter. Actions matter,” Deputy Mayor Leon Davidoff said. He said he believes “one of my roles as an elected official is to speak out against hate and extremism. Our community is better than most places in America because we are a place of inclusiveness, we are a place of diversity, we show respect for our fellow citizens at all levels.”

People need to “treat each other with respect, and we expect to be treated with respect,” said Davidoff, and should not sit idly by without condemning anything that puts people down. He challenged his colleagues “to work on things that unify us.”

Democrat Carol Blanks said we’re in 2021, have elected an African American vice president who is also of Asian descent and was chosen because she is qualified, “and at the same time we are still concerned with the issues of hate and extremism because of our differences. Our differences should make us stronger, not divide us,” she said.

“We have to do better for ourselves, for the next generation to follow,” said Blanks, and that next generation looks different. “We have to stop pretending as if we didn’t know what was done, or what was said, or to whom … because we are still giving fuel to the fire. We have to address these issues and we have to do it at all levels,” she said. It’s starting at our educational system but needs to go further.

“Until we are brave enough to call people out, that is the only time that we are going to be able to change. … If we want a better world it has to start at the local level and we have to do some things that we have never done before,” said Blanks. “We’re in 2021. Why don’t we let our charge be that we want to see less of these types of resolutions because we have now mastered those types of outcomes and those types of behaviors.”

Democrat Beth Kerrigan said she didn’t even think this resolution would be questioned, that it would be a “no-brainer.”

“This is a simple resolution that condemns hate and extremism. … that’s who we are,” she said.

“I believe that work combatting hate and racism begins in your own home,” said Cantor, just before she cast her vote in favor of the resolution.

Republican Mary Fay abstained from the vote on the resolution Tuesday night, and on Thursday shared her reasons with We-Ha.com in the following statement.

“We have had many resolutions put forward by Mayor Cantor that denounce violence and discrimination,” Fay said. “That discrimination and violence is wrong is something we can all agree on. I chose to abstain from voting on this ordinance because it is redundant with others previously I supported; we have critically important Council work to do; and it is hypocritical. How can we expect our country to display unity and respect for one another when our Council does not behave this way, as evidenced by the many recent Courant articles and We-Ha letters to the editor where Democrat councilors disparaged me with false attacks. The Council needs to practice what it preaches.”

“These are not just local issues,” Ginsburg said Thursday, and there needs to be more done than just passing a resolution. He said it’s important to see Cantor and DeBeatham-Brown working together and stepping up to do the work behind the wording of the resolution, work to build bridges.

The resolution condemn hate and extremism is just a few weeks old, and the first town to pass it was in the Pacific Northwest, Ginsburg said. “These two mayors are at the forefront,” he said of Cantor and DeBeatham-Brown.

“While we say we need to fight hate at the local level, I believe the entire Hartford area should care about each other,” said Ginsburg.

Cantor said Thursday that she has signed onto many mayoral letters, but this one was something different.

Cantor said she already has a relationship with and a friendship with DeBeatham-Brown, but she sees this resolution as a call to do more, to bring that relationship to the next level to enhance understanding between both communities.

Cantor and DeBeatham-Brown will join Ginsburg and Rabbi David Small of Emanuel Synagogue for a program on “Creating Peace and Racial Healing in Our Communities” Friday night at 7:30 p.m. via Zoom. For more information, or to register to attend, click here.

WHEREAS, the Town of West Hartford is committed to defending democratic institutions, the integrity of our elections, and the security of people and facilities that carry out the democratic process; and

WHEREAS, the Town is committed to ending the spread of hate, bigotry, and harassment based on race, color, religion, national origin, ethnicity, sex, gender, gender identity and expression, sexual orientation, disability, or any other protected characteristic as defined by law; and

WHEREAS, the Town wishes to affirm its commitment to the well-being and safety of all of its community members and to ensure that they will be protected and their rights respected; and

WHEREAS, the Town wishes to affirm its commitment to cultivating an inclusive community, including within West Hartford operations and institutions; and

WHEREAS, the diversity of our community is beneficial to all within it, making us stronger and more resilient; and

WHEREAS, each of our elected leaders has the ability and obligation to promote inclusiveness; celebrate diversity; work to ensure equitable opportunities in all major facets of society; prevent the spread of misinformation and disinformation; and reject hate and bias in all forms and should set a positive example for their constituents in this regard; and

WHEREAS, the January 6, 2021 domestic terrorism attack on the U.S. Capitol does not reflect the values of West Hartford; and

WHEREAS, the Anti-Defamation League (“ADL”) is a leading anti-hate organization; and

WHEREAS, disinformation, misinformation, and online conspiracy theories such as QAnon are spreading and inspiring real-world violence; and

WHEREAS, the Town supports the peaceful exercise of free speech, free assembly, and freedom to worship safely for all people.

NOW, THEREFORE, BE IT RESOLVED BY THE TOWN COUNCIL OF WEST HARTFORD THAT: