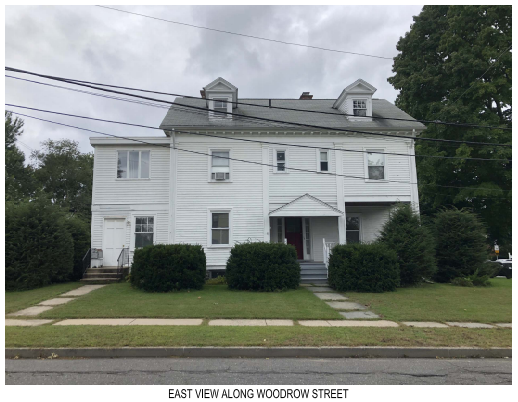 A property that is currently zoned multifamily residential received strong support from the community for a proposed change to ‘residential office’ with a Special Development District designation. 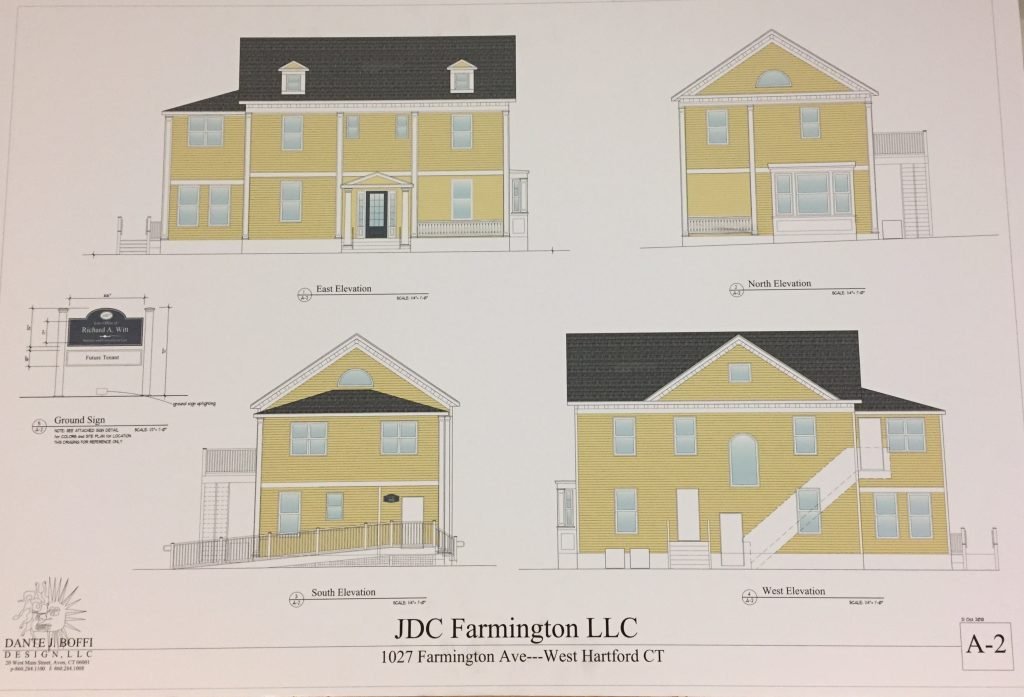 Rendering of changes to 1027 Farmington Ave.

The West Hartford Town Council unanimously approved an application Tuesday night to convert a building that is currently zoned for multifamily use to residential office use with a Special Development District designation.

At a public hearing prior to the Council meeting, Gregory Piecuch, the attorney representing the applicant, said that the overriding goal is to maintain the historical structure so that it continues to look like a home, and at the same time enhance its appearance. “It needs some tender loving care,” Piecuch said.

Eight other properties in the area have been re-zoned to “RO” (residential office) with a Special Development District designation, Piecuch told the Council.

In a document provided by Town Manager Matt Hart to the Council, he noted that the RO zoning district “is established in recognition of areas where residential, institutional and office uses coexist. These areas are typically in a stage of transition from one-family dwellings to a use of higher intensity and density. The standards established by the regulations of this district are intended to make the various uses mutually compatible.”

The property is currently owned by Stephen Blanchfield. He purchased the building from his uncle in 2014, and it has been in his family for more than 70 years.

The ground floor, which in the past has been used as dentist’s office and electrolysis practice despite being zoned residential, is currently vacant. Blanchfield lives on the second floor and will continue to live there as a tenant, with a three-year lease that can be extended. With the zoning change, the second floor will be able to be converted to office space in the future.

Witt, who has been in practice for about 14 years, currently has his law office at 35 North Main St. He used to live on Woodrow Street and now lives on Four Mile Road. He told the Council that this is a “gateway project to the neighborhood we live in.”

Witt said he will restore some of the original elements of the building, including Corinthian columns that were found in the basement which will be re-installed at the front awning. Greek revival corner posts will be added on each corner of an existing addition, and the flat roof of the addition – which is currently leaking – will be replaced with a hipped roof.

Other improvements include changing several casement windows to double-hung windows to match the rest of the structure’s windows, and adding a half-moon window which was one of the original elements of the building. The landscaping will be replaced.

Witt said it’s an important project. “It’s going to be a showcase,” he told the Council.

Council member Leon Davidoff asked about adequate parking. Piecuch said that the 10 parking spaces which are part of the application will be adequate for either a combination of office and residential use as well as if the second floor is converted to an office in the future.

Witt and his wife, Beth, did extensive community outreach on their own and even held an open house at their home. They filed a “community outreach memorandum” signed by 23 of their neighbors who were in support of the proposed project. Witt also reached out the working group that assisted in the development of a vision statement for the Center.

Three area residents attended the hearing and voiced strong support for the project. There was no opposition.

“We think it will mean excellent things for the neighborhood,” Farmington Avenue resident Robert Haber said. Twenty-one other residents of his condominium building across the street agreed, he said.

Ellsworth Road resident Benjamin Albert said that when he saw that the property was for sale, he feared it would get torn down. “Instead of tearing down Rich will be enhancing it … this project represents a win for everyone,” Albert said, urging the Council to support the zoning change.

Lisa Campo, who lives on Four Mile Road and is a real estate agent, said she is thrilled with this project. She was also worried that the building would be torn down and replaced with an “inappropriate condo building,” and said that Witt has gone above and beyond in many ways to make this a great project that will be a “cornerstone and a gateway into our neighborhood.”

Blanchfield told the Council that it’s very hard to sell the building that his grandmother bought in 1946 and that he bought from his uncle in 2014, but he said it really deserves to be a professional occupancy. He was very happy when Witt contacted him about purchasing the property. “The house is going to look absolutely beautiful,” he said.

Prior to the vote during the Council meeting, Davidoff thanked Witt for recognizing the value of the property to the community. “It’s also very nice to see that the historic nature of the house is going to be brought back and preserved,” he said. The adequate onsite parking is “an extra bonus” that is important in this transitional area.

“I wish everything was so easy to approve” with not even one person opposed to it, said Deputy Mayor Beth Kerrigan.

Minority Leader Chris Barnes voiced his support for the application, as did Mayor Shari Cantor.

“There are not a lot of people who hear from their neighbors with such positive accolades,” Cantor said of the applicant. It makes the decision to approve that much easier, she said.

Cantor also recognized the Blanchfield family for their 70-plus years of caring for this historic property.