The Town of West Hartford unanimously approved the Purchase and Sale agreement for the 58-acre campus, which will be effective as soon as it is signed by UConn and the state attorney general. 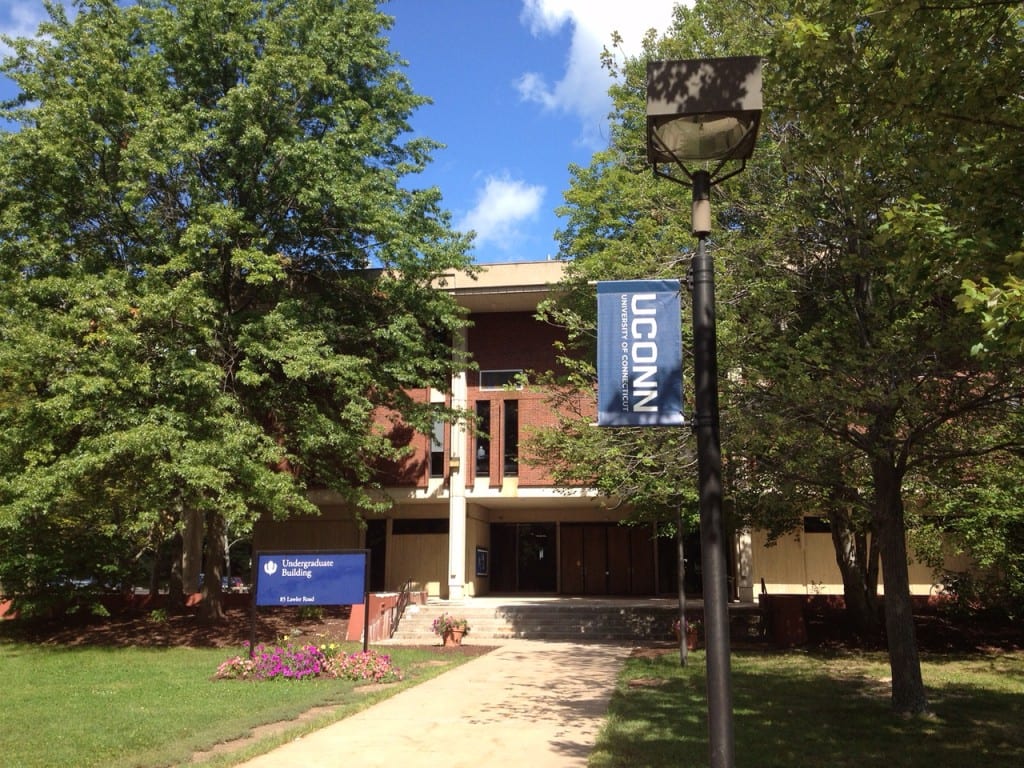 A major step in the process of West Hartford’s acquisition of the University of Connecticut’s Greater Hartford Campus on Trout Brook Drive in West Hartford took place Tuesday night with the Town Council’s unanimous approval of the negotiated Purchase and Sale agreement.

The vote was 8-0, with Mayor Shari Cantor recusing herself from the discussion and vote because she is a member of the UConn Board of Trustees.

Assistant Corporation Counsel Kimberly Boneham told the Town Council that once the agreement is signed by UConn’s Board of Trustees – which is scheduled to vote on a resolution to approve the Purchase and Sale Agreement on Wednesday – and the attorney general’s office, the town will pay UConn the initial deposit of $250,000.

UConn Vice President and General Counsel Richard Orr spoke to the Council on behalf of UConn, and said that the University fully supports the resolution, and that he appreciates the hard work it has taken to get to this point.

The clock will then start ticking on the 90-day due diligence period granted to West Hartford to inspect the interiors of the buildings on the 58-acre site. Consulting firm Milone & MacBroom has already been engaged by the Town and has conducted Phase I and Phase II environmental inspections and the wetlands have already been mapped, Director of Community Services Mark McGovern said.

So far the results have been positive, McGovern said, and the next step once the agreement has been signed by all parties will be for Milone & MacBroom to inspect the inside of the buildings where they will be looking for lead, PCBs, and asbestos. “We’re ready and positioned to hit the ground running with Malone & MacBroom,” said McGovern.

After the 90 days, unless the due diligence causes the agreement to be terminated, the Town will pay UConn an additional $750,000.

The remainder of the $4 million will be due at the closing date of Oct. 2, 2017, or later if UConn delays its plans to vacate the campus and move to its new Hartford location, Boneham said.

While UConn is guaranteed to receive at least $5 million for the parcel, the agreement also contains a clawback provision that extends until Oct. 1, 2024, requiring the Town under certain conditions to share a portion of the proceeds with the University if the property is either leased or sold to a third party.

The clawback also applies to the lease of the property, Boneham said in an earlier conversation. She said as an example if the Town enters into a 2-year lease of 15 percent or less of the real property space, nothing is owed to UConn. However, if the amount of space leased is greater than 15 percent of the real property, UConn will receive 90 percent of the rent that exceeds the operating expenses, which are estimated at $500,000, Boneham said.

As part of the agreement, the Town will also take title to the Little League and Miracle League of Connecticut ball fields which are currently leased from UConn.

Davidoff said that the process of deciding what to do with the property will be very exciting, and “will surely present opportunities we haven’t even thought of.” There are no current deals on the table, he said, and the Tuesday night’s approval of the purchase will allow the Town to control the use of the parcel, which residents have indicated is very important.

In a previous conversation, Davidoff said the Town Council will be very deliberate in planning for the use of the property. “We are in no rush to do anything,” he said.

Minority Leader Denise Hall applauded the state and the town for coming to this agreement, because matching the $12.6 million – the price for which UConn had initially planned to sell the property to Weiming Education Group – would have been difficult. “I believe that this arrangement will give us the time to sit back and work through any and all alternatives and not make a quick decision,” Hall said.

“I’m happy that we’re in a position to hopefully – following the due diligence – take a ‘time out’ so to speak and determine options and be able to listen to people in the community and developers,” Council member Chris Barnes said. Keeping the control of the property with the Town allows us to “all take a breath and think through possible uses,” he said.

Beth Kerrigan said that she wanted to be “on record” that this is a great deal for the town.

Judy Casperson, who lives near UConn, said the property is a “jewel” and that she appreciates having the time to figure out what can be done with the parcel.

Dallas Dodge, who also lives near the UConn campus, said he is excited to be able to control and come up with a creative use for the property. “On behalf of the neighbors, everyone looks forward to engaging in discussion,” Dodge said.

Ben Wenograd said he appreciated the comments from Orr and agreed that all of the negotiators did a good job formulating a mutual agreement. “I do think that it is a good deal for the state as well – the advantage of having a definite buyer,” he said. “I praise state for reasonableness and not chasing a pot of money that might have been elusive,” he said, referring to the original plan to sell the property directly to Weiming.

“This is going to be an open process and we are going to get a lot of commentary and a lot of great ideas,” Wenograd said.

McGovern said he has already received a few calls and emails from real estate brokers about the property, including some relating to housing development.

According to McGovern, the community outreach process will likely follow the completion of the due diligence, once the Town has paid the second deposit of $750,000 and is satisfied with the condition of the property.