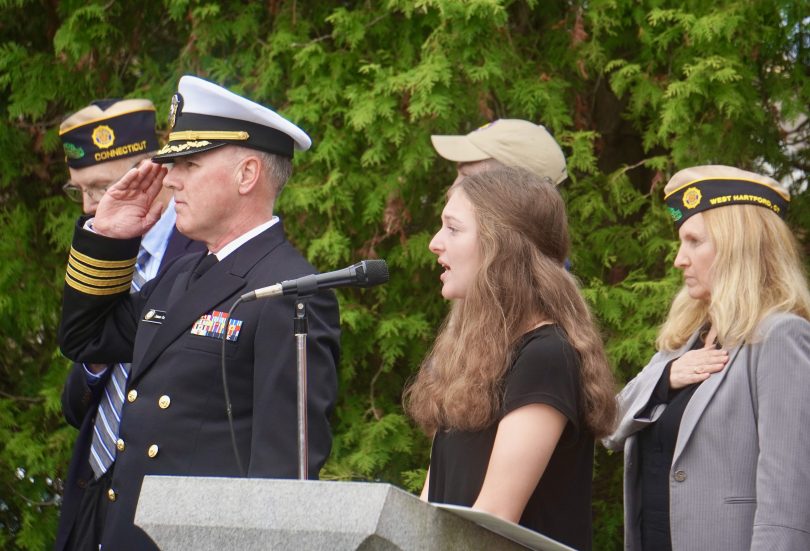 Capt. James Caley, a West Hartford resident who is retired from the U.S. Navy and is now an assistant attorney general with the State of Connecticut, was the keynote speaker at the town’s annual Veterans Day ceremony on Friday. 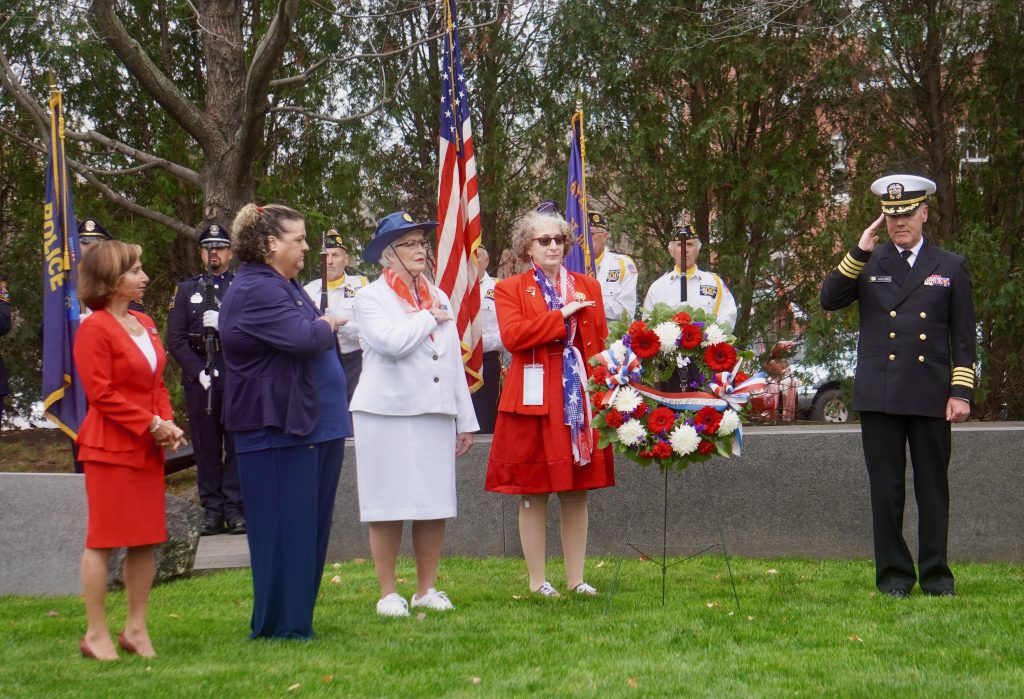 Capt. James Caley, the keynote speaker at West Hartford’s annual Veterans Day ceremony, recalled his earliest memories of the holiday, and an incident that happened in Baghdad that he will never forget and which frames his view of what it means to serve this country.

Veterans Day has been celebrated for more than a century and Caley said his own recollections of the holiday – which marks a “sacred moment to remember those who have stepped forward to defend our nation and protect all that we hold dear” – are from his childhood in the 1970s. 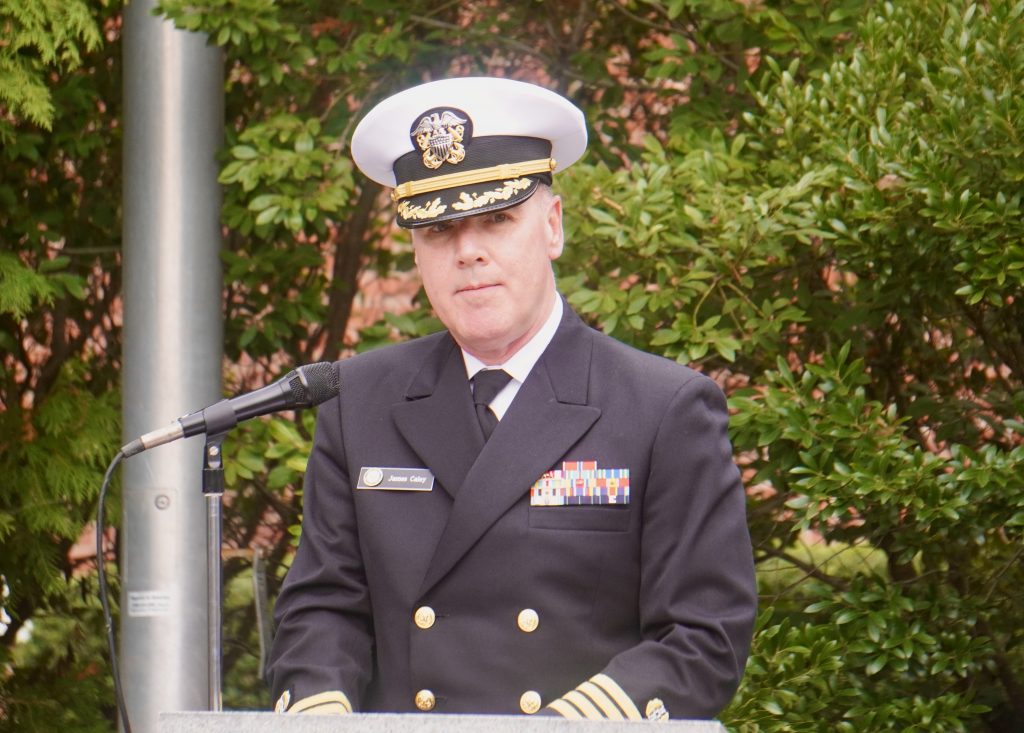 “During the early 1970s, most of our fathers and grandfathers were veterans, and some of our mothers and grandmothers were veterans, too,” Caley said, veterans of many different wars. “They were everywhere and had returned home to West Hartford to finish school, rejoin the civilian workforce, raise their families, and live the American dream,”he said, and while some spoke of their experiences and others did not, they were all very proud of their service to the country.

“To me there was a quiet dignity, a nobility of kind about them. I admired them, and there were a lot of them,” he said. Decades later, most of those people are now gone.

“Today we remember them. All those who came before them, and all those that followed. … We honor and commemorate you,” he said. 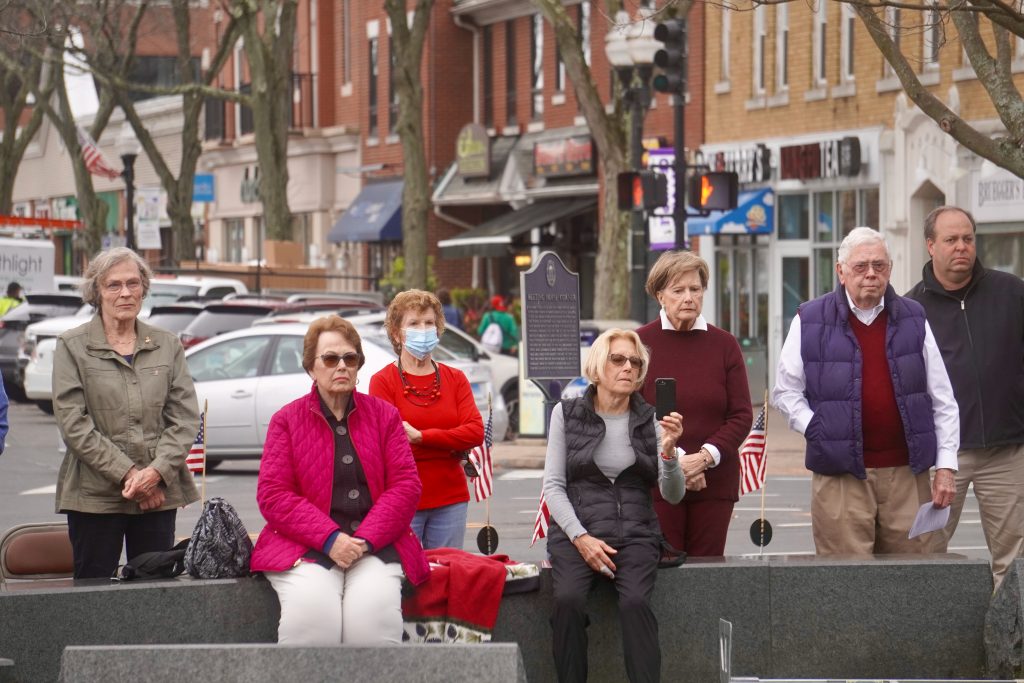 Caley, who retired after 30 years and lives in West Hartford with his wife, Margo, and sons Maxwell and Christopher, is a veteran of the Iraq War. He shared the story of a tragic incident that happened a few days after he arrived in Baghdad, a memory that comes back to him often.

“While walking to my post, an insurgent rocket landed a few yards from me and killed a young soldier who at the time was doing nothing more than sitting on a bench,” Caley said. “It was a shocking moment for me. In the hours that followed I wanted to know as much as I could about him.”

The soldier was 33, Caley said, a sergeant from the Pennsylvania National Guard, married for less than a year, with a 6-month old baby back home.

“I have thought about him many times over the years. In that moment, in a blaze of black powder, he lost everything he ever had. He lost everything he ever will have,” Caley said. “The loss is heartbreaking, but if the words and the interest of the United States are to be respected abroad, if our security is to be preserved, then we must bear the loss and never forget those who have made it possible for us to live in peace and in freedom.” 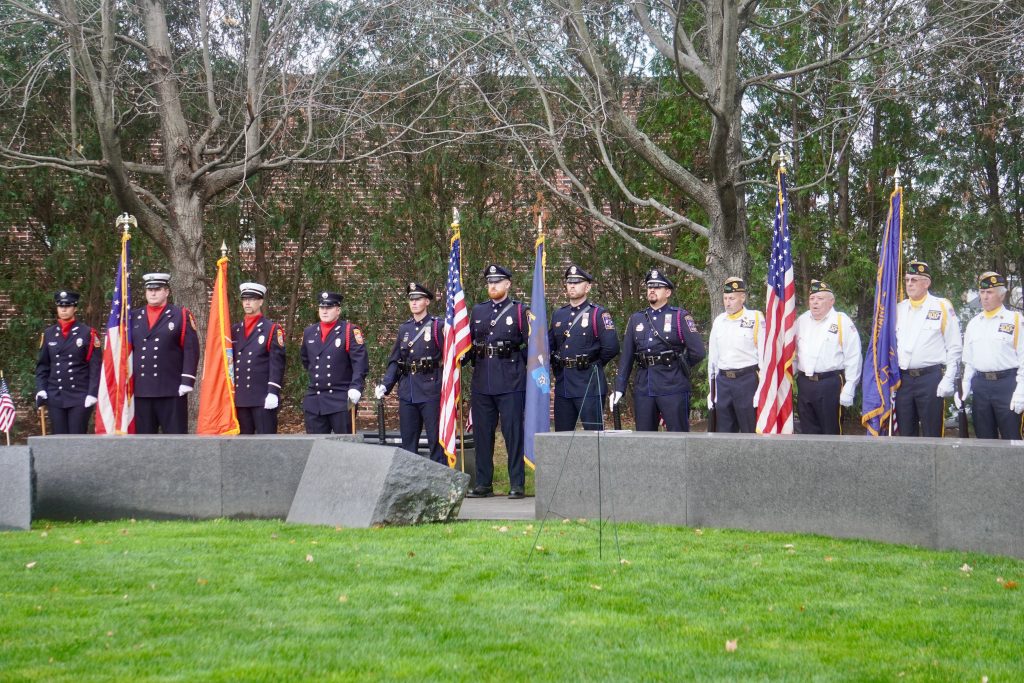 Caley thanked all veterans – all those who have taken the oath to defend the United States and served honorably. To those who have served in combat, who were injured physically or mentally or taken prisoner … “we thank you a thousand times over, and to all those who didn’t make it home, words cannot adequately express our debt to you. We think about you every day, and we have set aside Memorial Day as well as this day as a special day just for you. Thank you.” 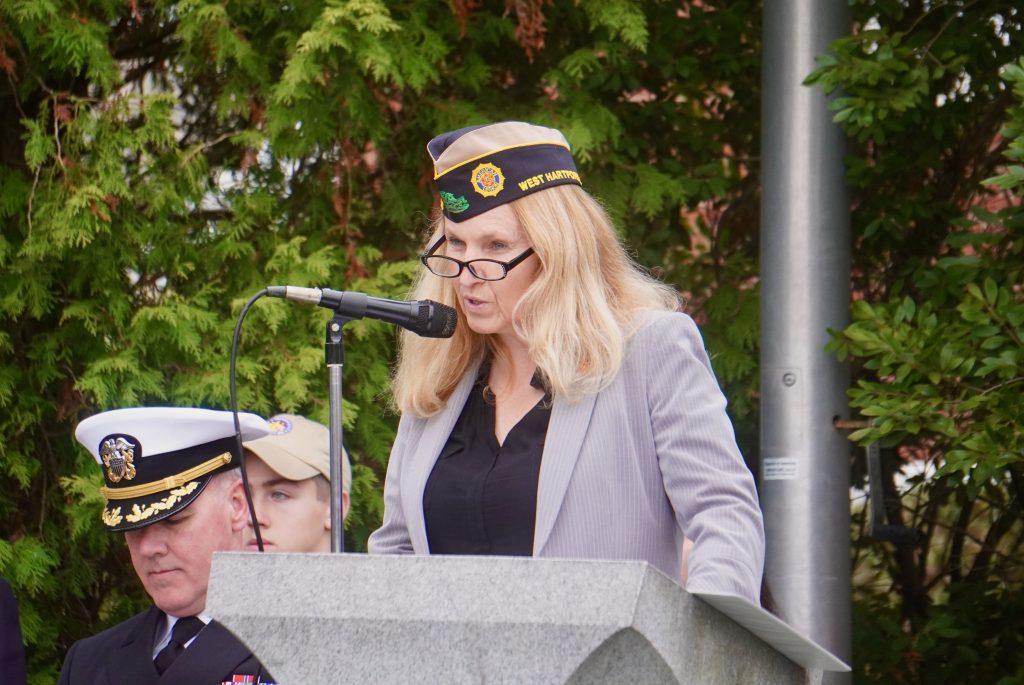 State Sen. Derek Slap, who was just re-elected a few days earlier to represent the 5th District, was also one of the speakers at Friday’s ceremony. “I think the timing in many ways is perfect,” he said of Veterans Day coming right after Election Day.

“We’ve been hearing for many months now how divided our country is, and in some ways it is, in some ways it isn’t. We’ve all seen the TV commercials, we’ve seen the lawn signs and the mailers, and there’s a lot of talk about division. Well, Veterans Day is not only an opportunity but it is an obligation for all of us to come together,” Slap said, “And we should hold up our veterans as role models for how to do this, because that’s what they’ve done in service to our nation … for a common good, a common purpose.” 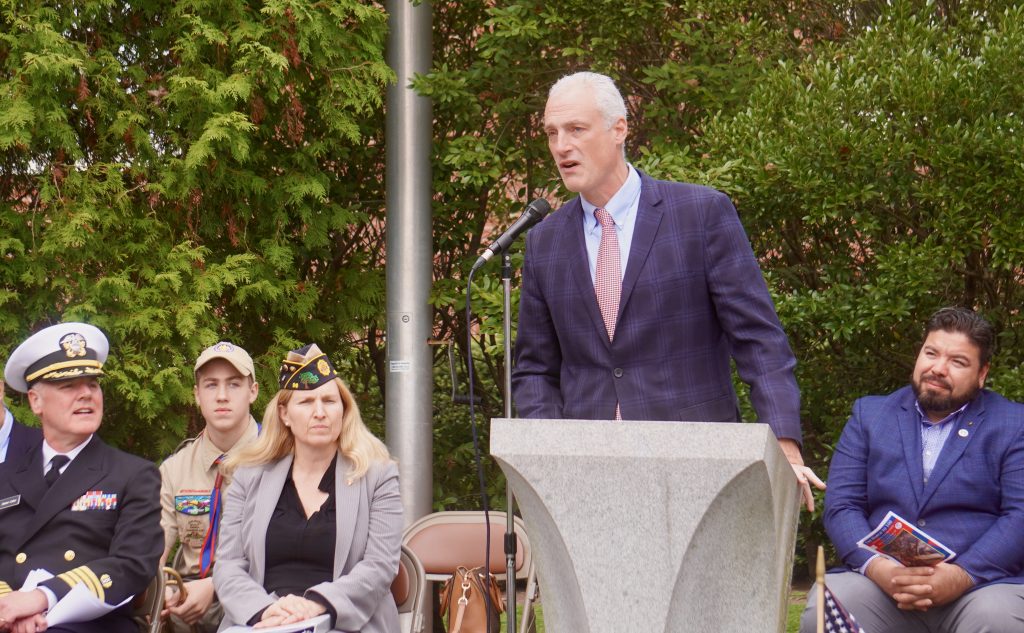 Slap said it’s important not just to thank a veteran, but to listen to veterans. “To take a moment today to have a conversation with a veteran and try to glean from them some of their wisdom.”

He also suggested using them as an example in trying to find some common humanity with those one might consider as “other.” His own father-in-law and stepfather are different in many ways, but both are Vietnam veterans and would connect through sharing those stories. “That kind of connection and coming together that our veterans can show us is something we can all learn from.”

Also, he said, for those in public office, “it is our responsibility always to be thinking of how we can better support our veterans,” Slap said, both before, during, and especially after their service.

“If we do those things, not only are we going to be better people, we’re going to be a better nation,” Slap said. 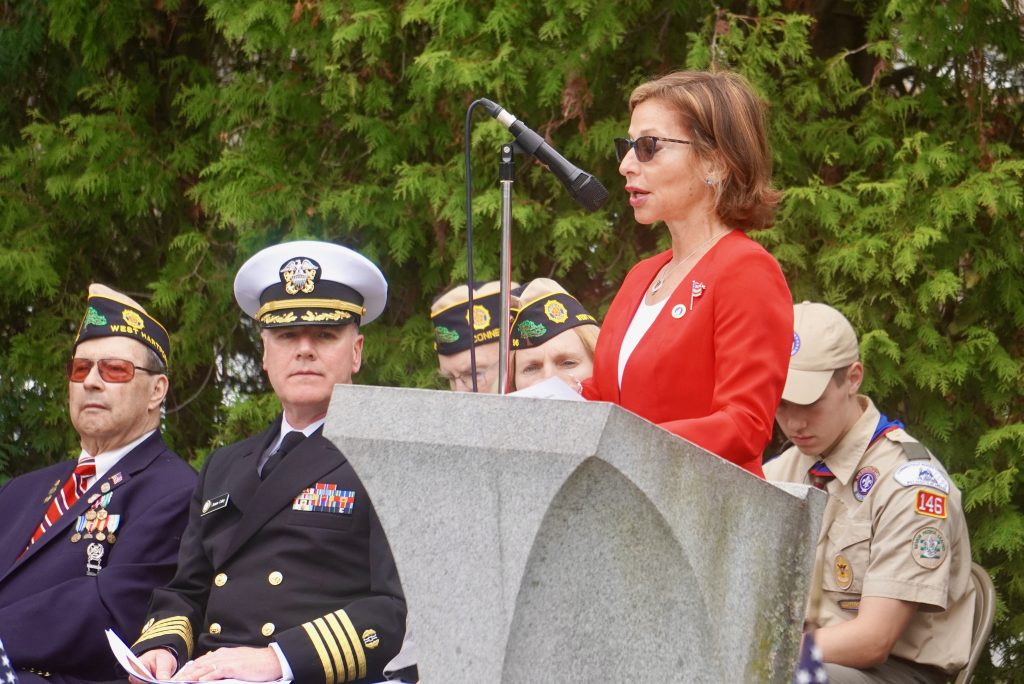 November is National Veterans and Military Families Month, Cantor said, and she said all should be honored for their sacrifice. Tours and deployments are difficult for all members of the family and we owe them all a debt of gratitude for their support of the service members.

She also mentioned participating, with Lt. Gov. Susan Bysiewicz and other officials, in a ceremony held in West Hartford in September that honored and recognized Vietnam War era veterans. “This was to share a heartfelt thank you and a sincere welcome home that our Vietnam veterans often did not receive for their patriotic service to our country.”

They were collectively, and individually recognized, and many shared their stories of service in challenging conditions – stories of that were also about patriotism, brotherhood and sisterhood, and resilience. 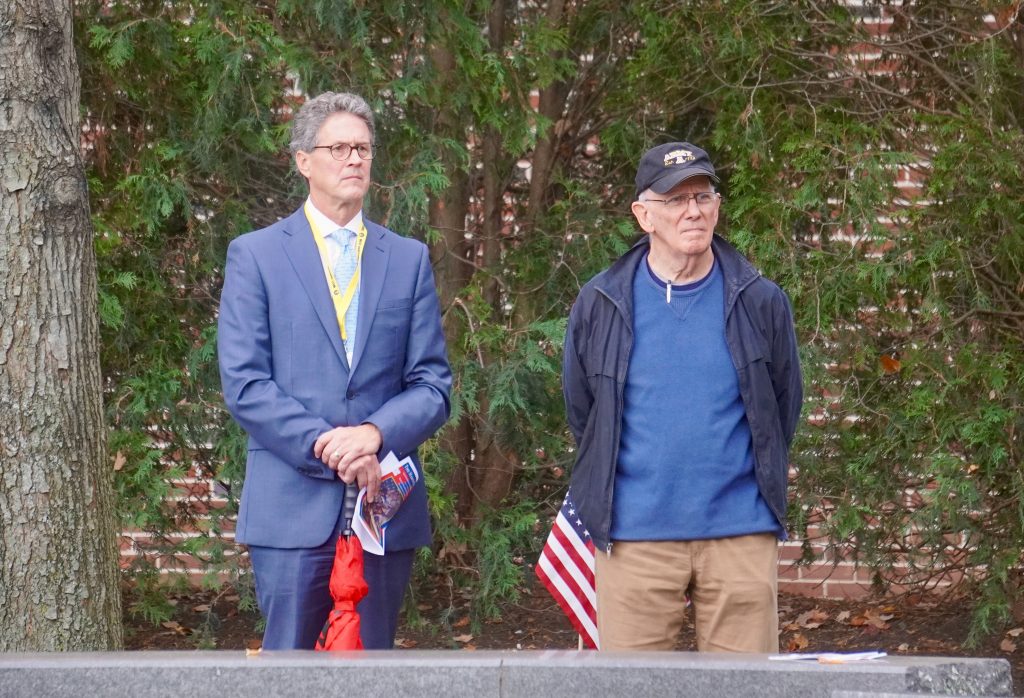 “We always remember what they they do for our nation,” Cantor said. “Thank you to all the veterans in our midst, and throughout the community and in our country. … We can’t say thank you enough, but we can honor, as we’ve heard today, our veterans by living in their honor, by respecting each other, by giving back to our communities and country every day.”

The ceremony included the placement of a memorial wreath by Cantor, Mooney, and Post 96 Auxiliary members Jen McLeod, Jeanne Berry, and Elaine Kotler. 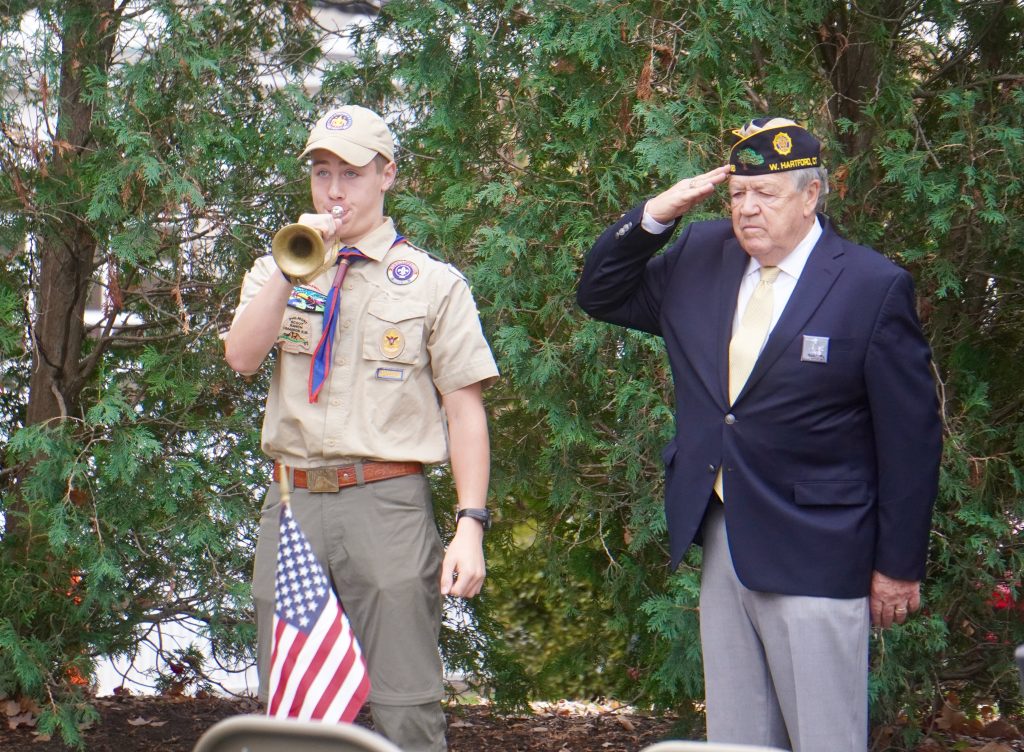 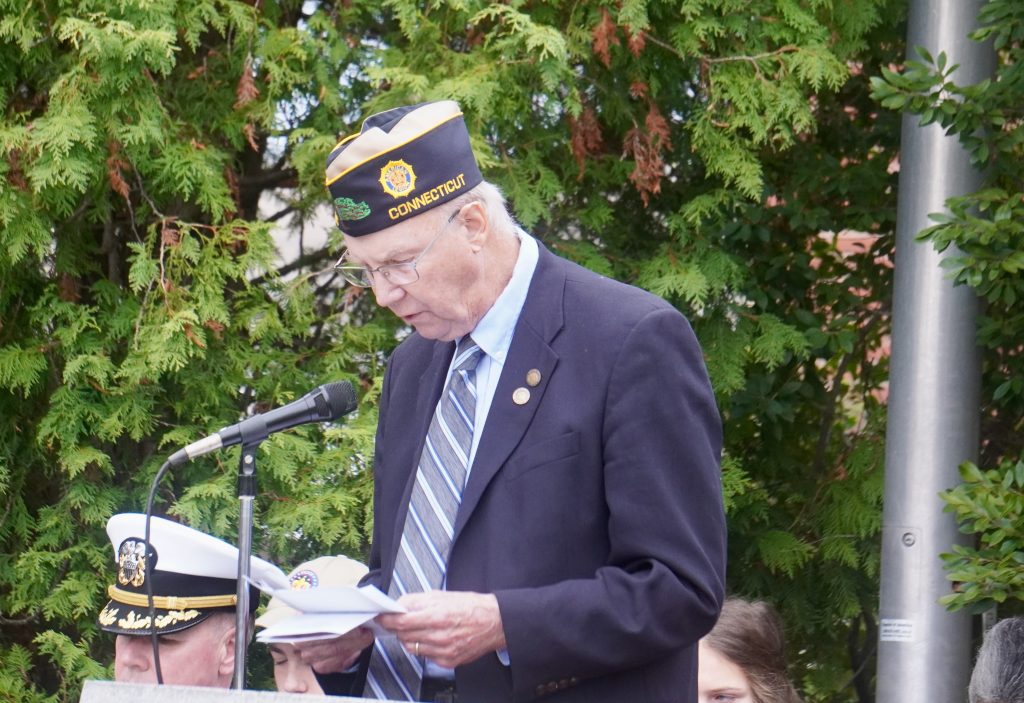 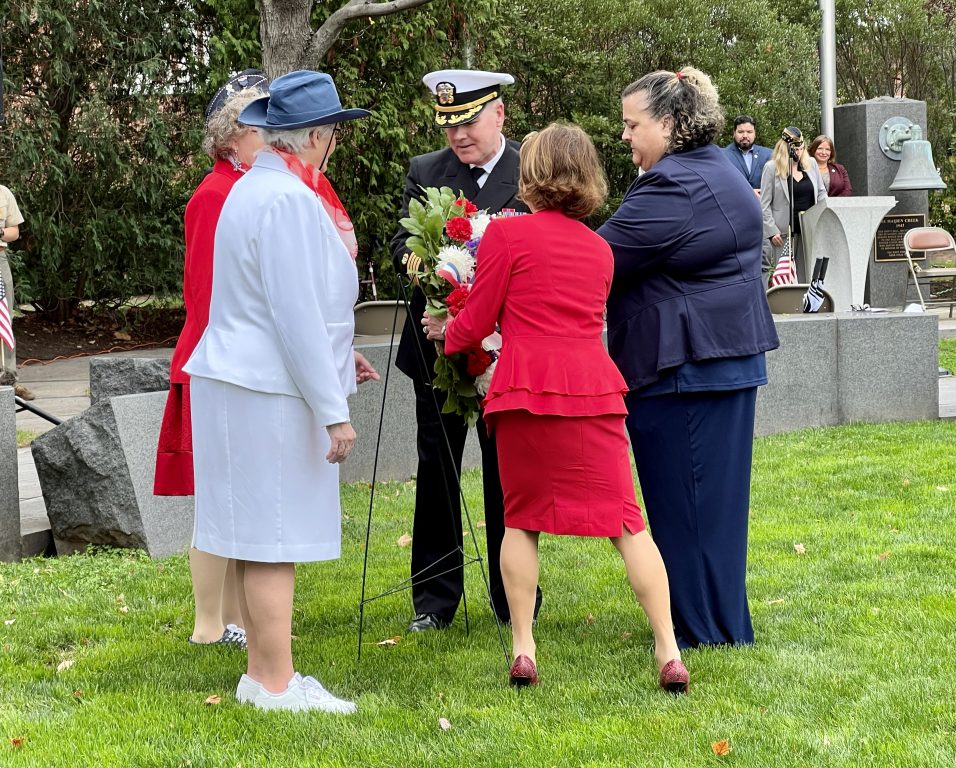 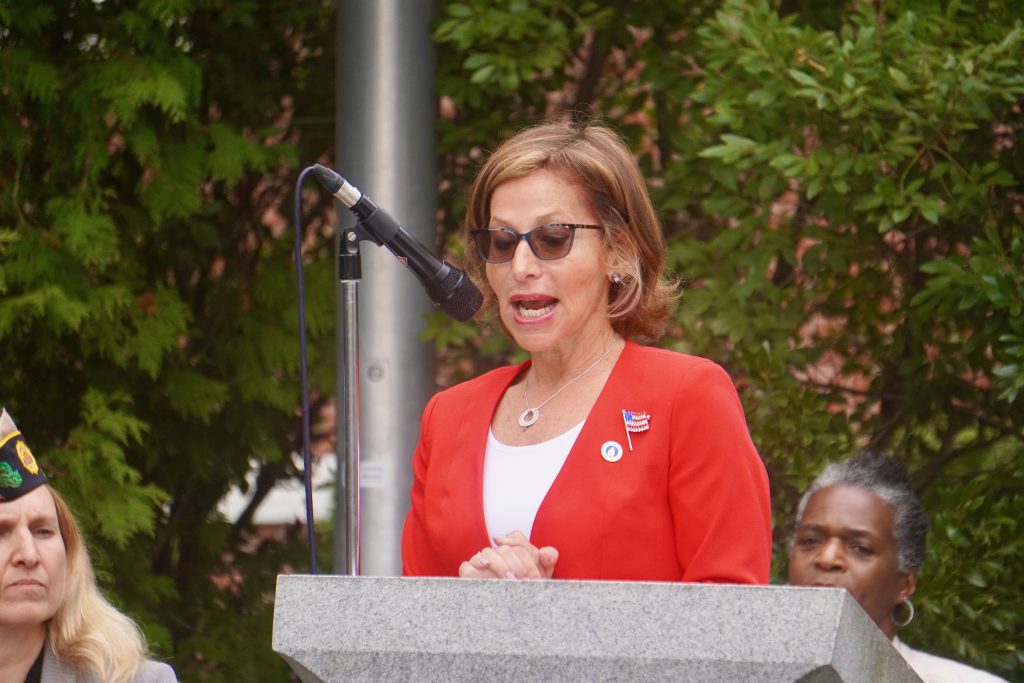 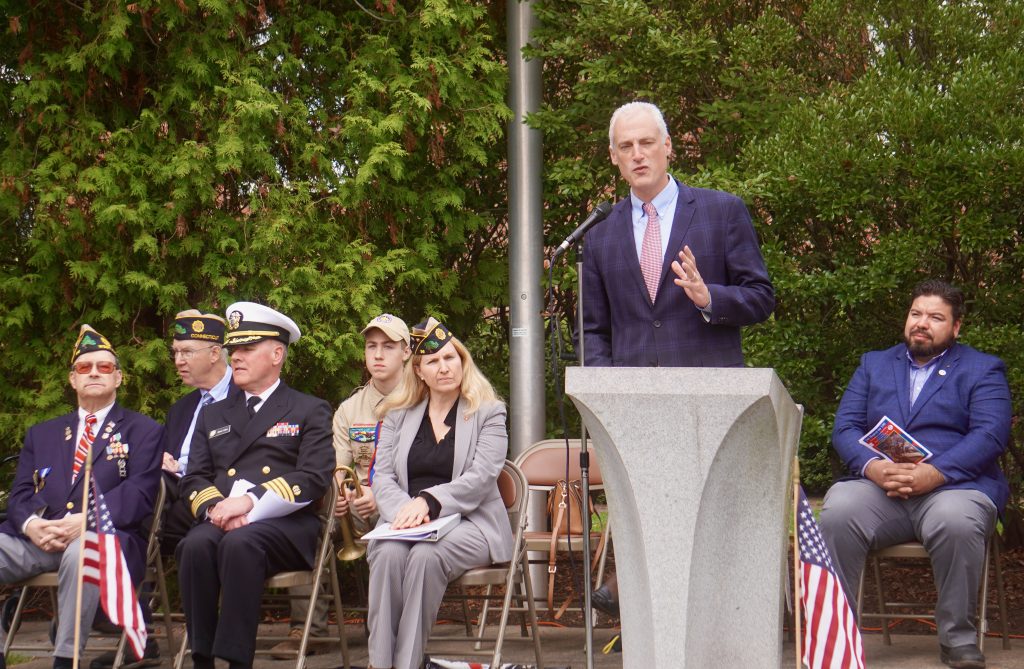