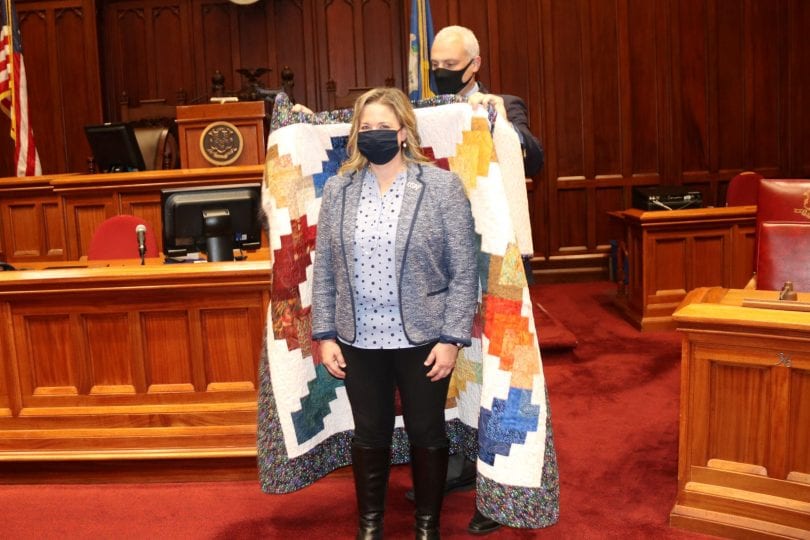 Kate Hamilton is presented with the Quilt of Valor by state Sen. Derek Slap. Courtesy photo

Kate Hamilton of West Hartford, a veteran of the U.S. Air Force, was presented with a ‘Quilt of Valor.’ 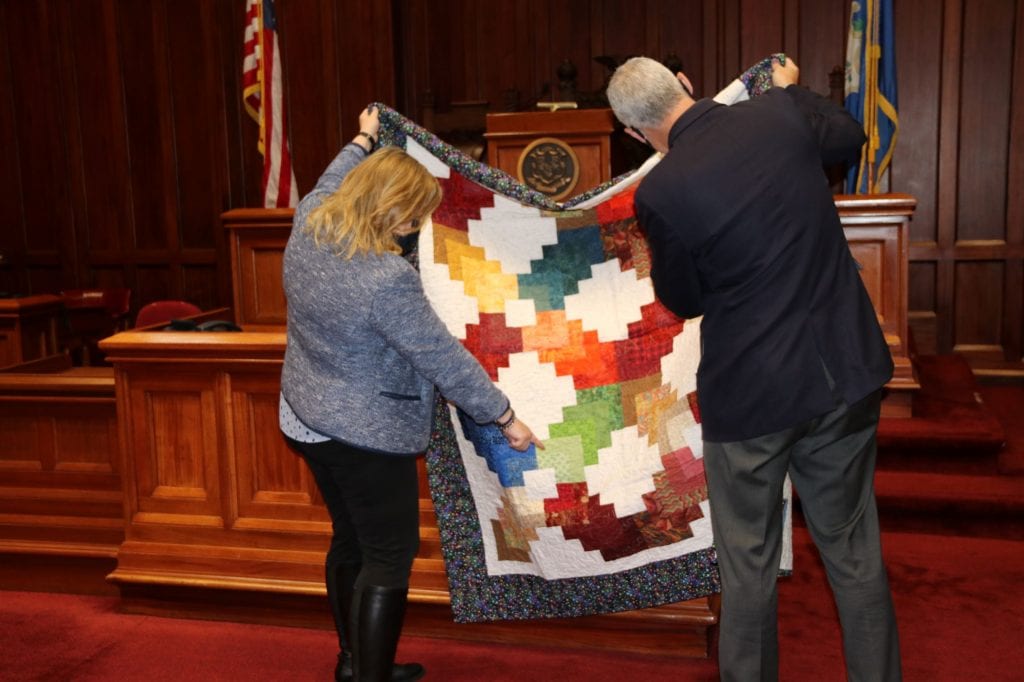 Kate Hamilton is presented with the Quilt of Valor by state Sen. Derek Slap. Courtesy photo

United States Air Force Gulf War-era veteran Kate Hamilton of West Hartford was presented Friday with a “Quilt of Valor” made by The Connecticut Piecemakers Quilt Guild of Trumbull to honor those Connecticut veterans who have served their state and their nation.

Hamilton served from 1994 to 1998 in the U.S. Air Force as an airborne surveillance technician on an E-3 Sentry airborne warning and control system (AWACS) aircraft, a modified Boeing 707 commercial jetliner fitted with a rotating radar dome. The E-3 Sentry provides the military’s Joint Air Operations Center with real-time surveillance, target detection, and tracking.

Hamilton is the legislative aide to state Sen. Derek Slap (D-West Hartford), who presented the quilt to Hamilton in the state Senate Chamber just two days after Veterans Day.

“Kate has made it her life’s work to serve the people of our nation with intelligence, dedication and compassion. Like many veterans, she has continued her love for and defense of democracy at the state level, helping the 100,000 residents of the 5th State Senate District find answers to their problems,” Slap said. “I’m so happy to see Kate recognized for her service. I am humbled and thankful for the personal sacrifice that she and millions of other military veterans have made for America over the years.” 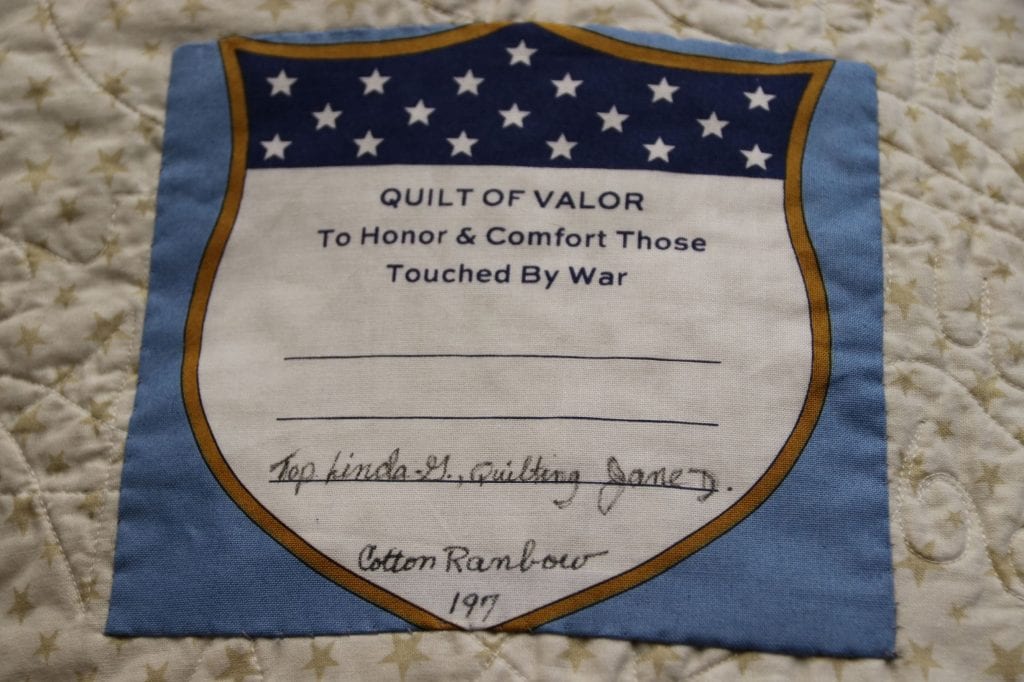 Close-up of the tag on the Quilt of Valor. Courtesy photo

The Quilt of Valor project – “To Honor & Comfort Those Touched by War” – was organized by state Sen. Cathy Osten (D-Sprague), a U.S. Army veteran and American Legion Post 85 commander who has provided Piecemaker-made quilts to about 30 Connecticut legislators and staff members, all of whom are military veterans.

The Connecticut Piecemakers Quilt Guild was formed in 1981 by a small group of Trumbull women who gathered in local homes to share their quilting.  Originally named The Trumbull Piecemakers, the guild has grown to over 200 members who live mostly in the Southwest corner of the state.