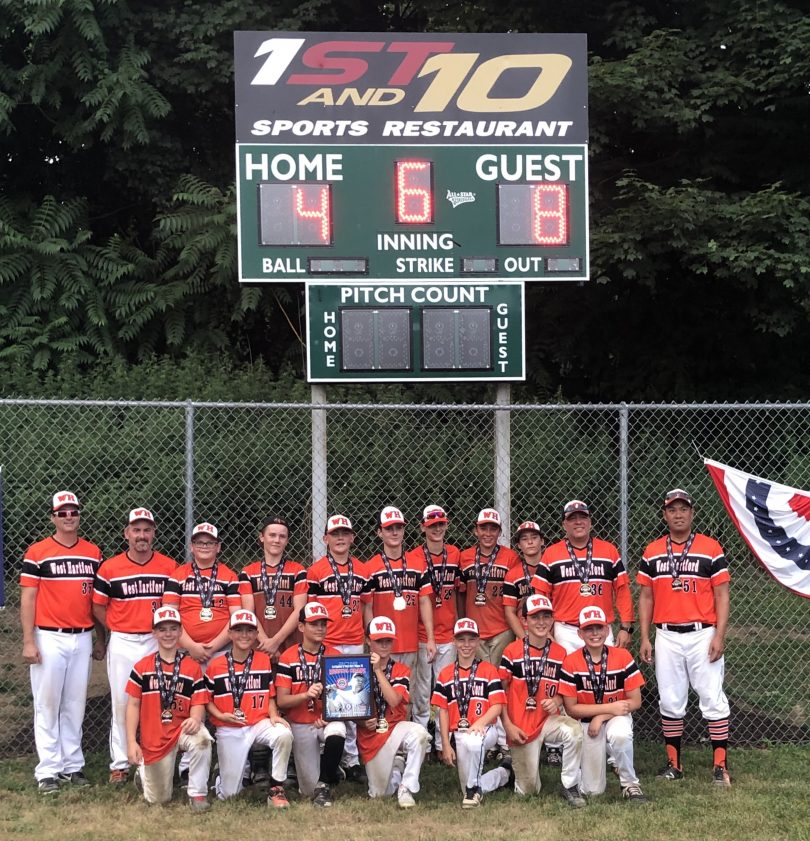 The West Hartford U12 Bulldogs will be one of 20 teams from the U.S. and nine teams from other countries competing in the 2019 Cal Ripken World Series in Branson, MO. 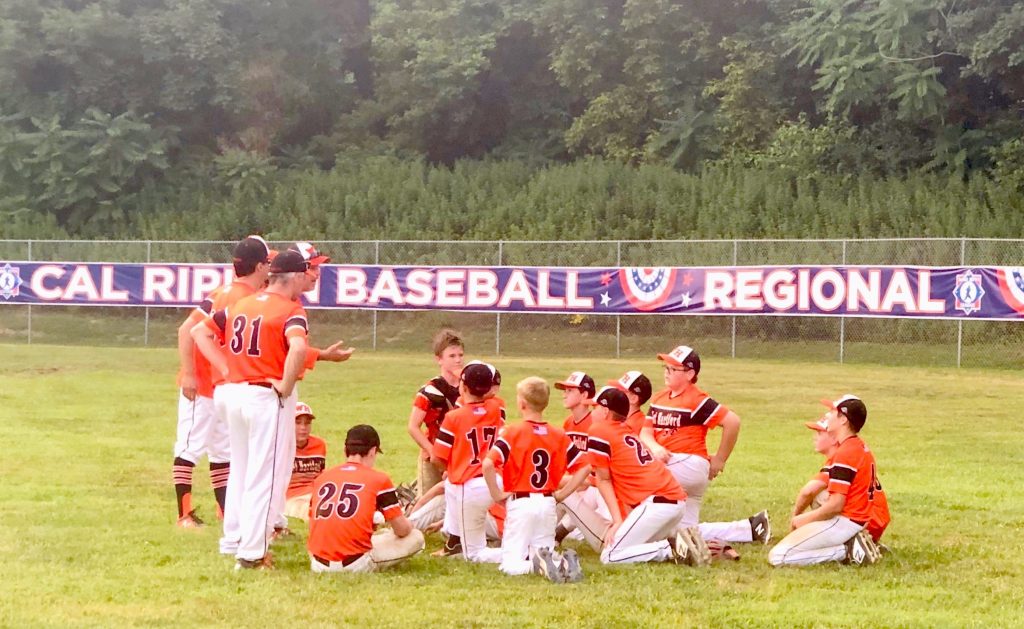 The Bulldogs meet after wining the regional championship. Courtesy photo

On a blazing hot day, in blazing hot fashion, the West Hartford Youth Baseball League 12U Bulldogs punched their ticket to the big stage, fighting back against the only team to beat them this season to win the New England Regional Championship. 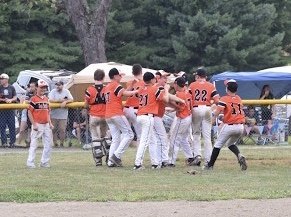 The 12U Bulldogs celebrating the win. Courtesy photo

The West Hartford boys head to Branson, MO, on July 31, and begin pool play Aug. 3 against a team from North Colonie, NY.

In 2017, as a 10U team with most of the same players, the Bulldogs won the New England region as well and played in the World Series.

The Bulldogs took a 16-0 record into the New England regionals in New Milford, CT, on July 13, and emerged from the tournament with a 20-1 record for their season – which is far from over.

In double-elimination bracket format, the Bulldogs started the tournament with a decisive 15-1 victory over Cranston, RI.

After a day off, the Bulldogs next faced Ash/West – last year’s New England championship winners – and beat them 6-0 on July 16.

Winning those first three games gave the Bulldogs a berth in the championship game where they would face the winner of the loser’s bracket, and that team would need to beat West Hartford twice in order to win, Manager Rob Hanawalt said. 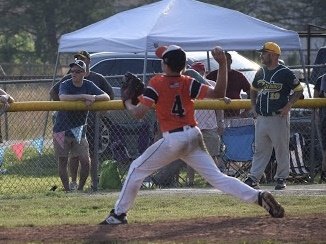 “The host team, New Milford, CT  – a bit of a surprise – caught fire after losing in the first round,” said Hanawalt. “They won five straight games to play us in the finals. Then they gave us our first defeat of the season – beating us 8-6 in game 1.”

In game 2, however, the Bulldogs “bounced back in a big way,” and won the winner-take-all contest 8-4.

“That’s why we’re Bulldogs”, first base coach Chris Redden said with a smile. “This team is mentally and physically tough with all the expereinces they’ve been through. Their backs were against the wall versus a very hot team during the hottest day of the year. Didn’t phase them for game 2.”

In regional play, Jonah Balcerzak, winning pitcher in the championship game, Zach Goslee, and Mason Hebert received player of the game awards for the Bulldogs.

“I am so proud and happy for this group of kids,” said Hanawalt. “Many of them have played together for years, and what a tremendous finale for them, the coaches and families to experience together.”

Winning the New England regional championship was really the penultimate finale, however, because the Bulldogs are heading for the Cal Ripken World Series in Branson, MO.

Click here for a complete schedule of World Series games.

Many of the games will be broadcast live or on demand on Stadium, which can be found here: https://watchstadium.com/

For more information, or to donate to help support the Bulldogs’ trip to Branson, please contact Liz Hanawalt [email protected].