Test your knowledge of West Hartford history with this ‘Friday Flashback,’ courtesy of the Noah Webster House and West Hartford Historical Society.

I missed posting a Throwback Thursday – once again – but this time it was deliberate because there was so much news to share and a full newsletter that I was afraid the column would get lost. Instead we are publishing a “Friday Flashback” this week! 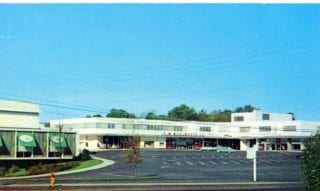 Last week’s photo (at right and in larger size below), while not as popular as the previous photo still generated a lot of comments and memories.

Pat McCarthy posted the first comment on the article: “Easy one this week – that’s Bishops Corner, specifically the southwest corner. Based on the cars, I’d guess early 50’s, and currently there is a Qdoba restaurant, a GNC vitamin store, a hair salon, a few others. It really looks largely the same except now there are more things on the roof, HVAC systems or whatever.”

Evelina Kahn added the following memories: “Bishop’s corner, l think. My parents owned The Music Shop kitty corner across the street from 1959-1970 ish. I’m a little confused, because there was a Woolworth’s in our corner. The photo shows where I remember there was a Lord & Taylor’s on the left and S.S. Pierce in the right corner. Downstairs, there was an Italian Restaurant. It was a great, if imperfect, time and place in those years.”

Jay Mandell said he knew all of those stores.

Rob Lindauer added even more details: “Bishop’s Corner. From the look of the car images, I’d say planning for a renovation around 1960. I recall the Woolworth’s dept store (it was on two levels, with an escalator with wooden slats on the steps). I can’t see clearly enough from the picture, but on the corner to the left of Woolworth’s was S.S. Pierce (I used to go in there to look at the cans of chocolate-covered ants). The building to the left housed Lord & Taylor.”

Liz Gillette, who also added her comments directly to the article, shared some great and very vivid memories of stores from that era: “Lord and Taylor had the best Santa. Real red velvet! S.S. Pierce was a wonder – canned asparagus! The bottom floor of Woolworth’s had a lady named Teddy in the small pet department who would let you hold the hamsters! (They smelled like cedar) Debby Reynold’s exercise salon was down in the back. Thompson’s music was inside. Was Harvey and Lewis there then? Are they the oldest business in the block? So much nicer without the antennas on top!”

There were also plenty of comments on Facebook, including many who said they miss Lord & Taylor!

Lisa Petersen wrote: “Southwest corner of Bishops Corner. Guessing the photo is from the 60s but I can’t enlarge it to see if The Lodge shop was in the corner (late 1960s). The left is Lord and Taylor (now Marshall’s).”

Rick Fox said that the building prominently featured in the photo used to be called the “Allstate Building.” He said there used to be a restaurant in the building called the Steak Club. He also said he formerly worked part-time at The Lodge – where he got a great pair of Frye boots.

I love this memory of Lord & Taylor posted by Gale Nohrr Tidwell: “My mom used to take me to lunch at Lord & Taylor. I loved the little tea sandwiches and the canaries in cages throughout the restaurant. Apparently due to health laws, the birds had to go. I was really young, but that’s what I remember.”

And this memory from Steve Mulligan: “I remember when SS Pierce was in the corner. May parents would drag me there on Friday night to shop which meant I would not see the Wild Wild West on TV. Only thing good was they sold the best Spanish Omelet sauce ever.”

Laura Adler Valfer recalled hanging out and playing Frisbee with friends in the parking lot, and Linda Schenker said it was where many teens learned to drive.

Many said the location of this photo was easy to identify, and it was. But it’s still fun to stir up the memories of past businesses.

As for the year the photo was taken, David Dyson posted that his “older brother Ray said 1954.” Your brother was spot on, David, as were a few others who guessed mid-1950s. 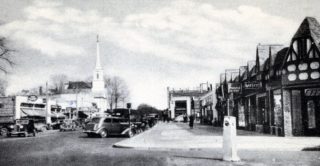 This week’s photo (at right and in larger size below) is also of an obvious location but should also spark a walk down memory lane for many readers.

What businesses do you recall in these storefronts?

What are some of the businesses in location now? 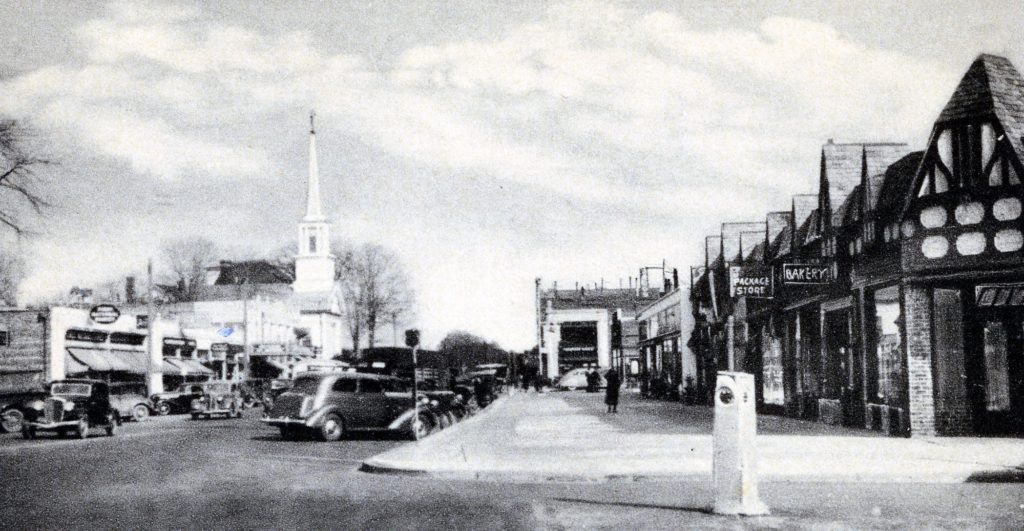 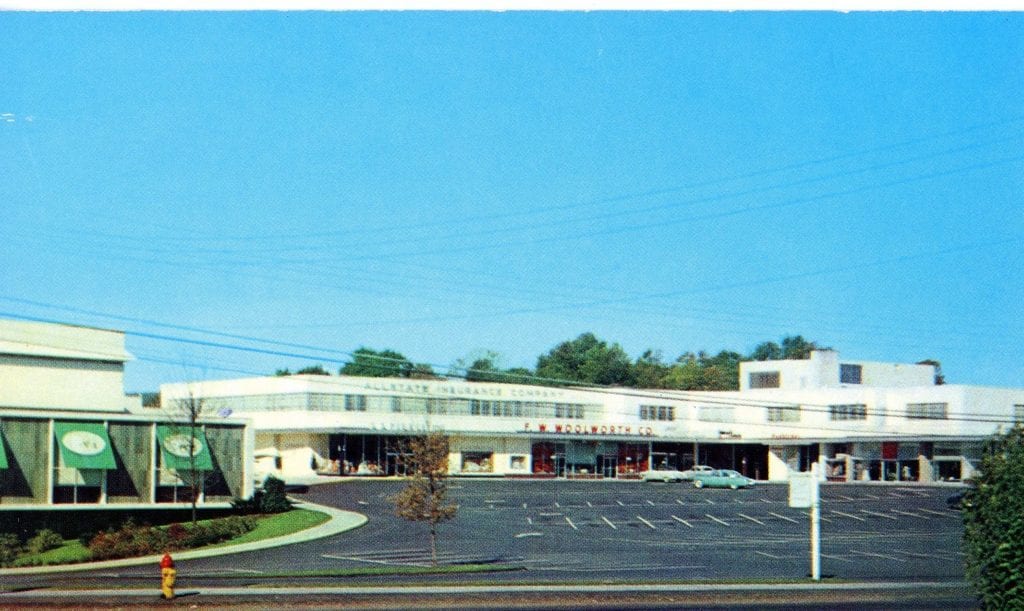