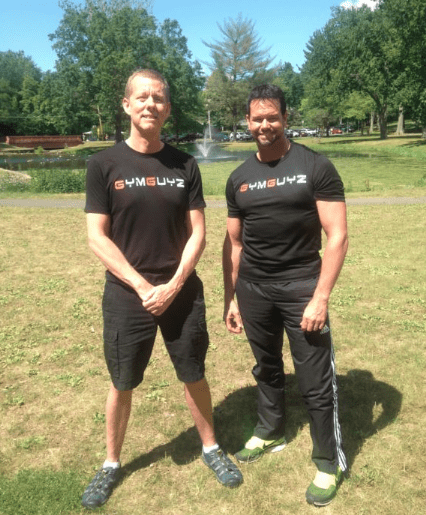 GYMGUYZ, which just launched a new franchise in West Hartford that operates in the Greater Hartford area, brings a customized fitness plan to your choice of location. 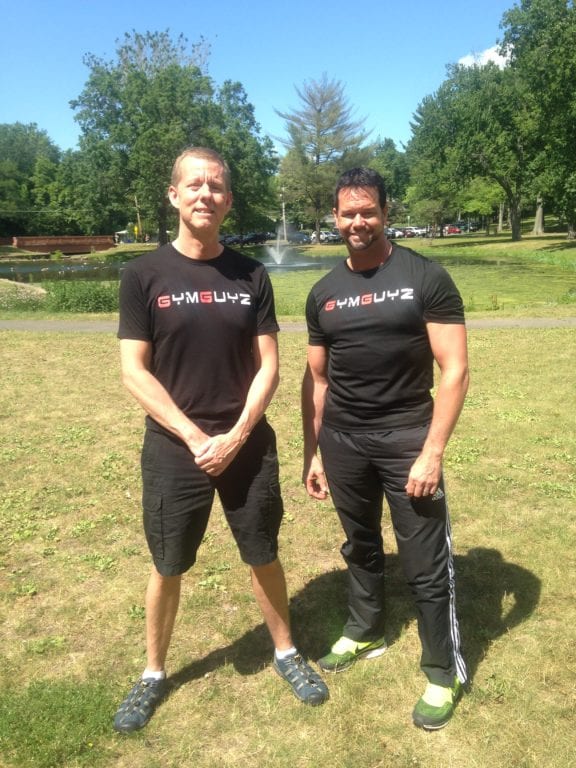 Mike Hughes (left) has opened up a GYMGUYZ franchise serving West Hartford and the surrounding area, and has teamed up with trainer Chris Lombardi to offer customized, come-to-you programs. Photo credit: Cassidy Kotyla

It’s quite clear that the town of West Hartford has no shortage of fitness outlets available to the public. Larger gyms in West Hartford and the surrounding area advertise “New Year’s Resolution” plans that entice those who felt like they didn’t make room for fitness in their life the year before.

Though the stigma is there, many realize the reality that if you didn’t work out the year before, chances are you won’t make plans to do it the year after, either. That’s where the GYMGUYZ come in.

Broken off from the usual payment-plan gyms where you’re being charged maintenance fees, waiting for your equipment, and driving all the way to the facility, GYMGUYZ is a fitness franchise that just opened up less than a month ago to the Greater Hartford area.

Franchise owner Mike Hughes said GYMGUYZ is the perfect fitness company – no maintenance fees, they come to you, and they tailor the program to your needs.

Started by CEO and founder Josh York in 2008, the company has been thriving ever since its opening to expansion with franchises in 2013. The company prides itself on its mobile van, filled to the brim with over 300 pieces of essential workout equipment, brought to your house, a park, a pool, or any desired location you’d like to do your workout. 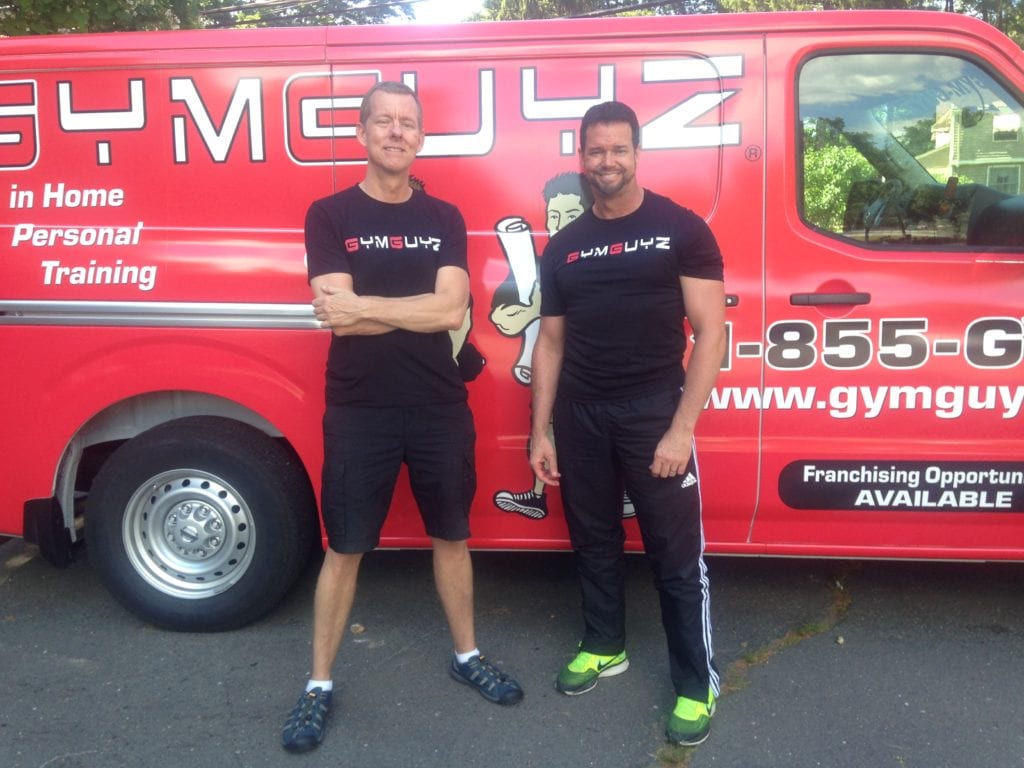 Hughes describes the company as being “convenient, customized, and creative,” explaining that their 12-week programs are tailored to each customer. All start with a free consultation, during which your trainer sits down to discuss how you would like to improve your health, body, and overall quality of life. “We have failed if you have failed,” Hughes commented.

Teaming up with his partner, Chris Lombardi, a former athletic coach and trainer for athletes like Ken Shamrock, UFC fighter, the pair dominates the fitness market with their love for health, competitive pricing, customized plans for each client, and a motivational mindset. “There’s a science to it, really,” the pair remarked.

Even though the franchise has just opened up, Hughes and Lombardi do not plan on stopping here. They look to hire one to two more personal trainers to join the team in the upcoming future, expanding their clientele, and branching out from West Hartford to neighboring towns like Farmington, Hartford, and Avon.

If you’d like to learn more about the GYMGUYZ endeavors, packages, and fitness inspiration, visit their website at www.gymguyzfranchise.com.

Cassidy Kotyla is a college senior studying journalism, communication and film studies at the University of Massachusetts Amherst. As a West Hartford native of nearly 20 years, she enjoys learning about the happenings and new businesses emerging in the area. She has been a film and food critic for The Massachusetts Daily Collegian in the past. To contact her, please e-mail [email protected]