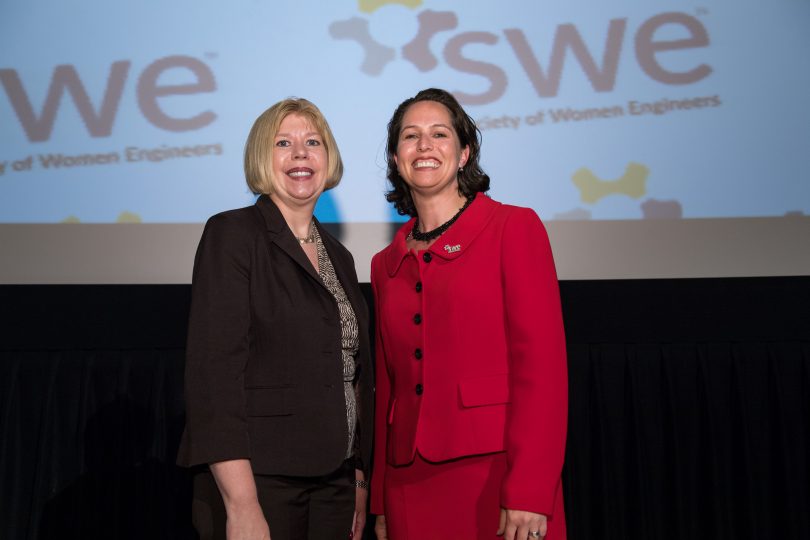 Jonna Gerken of West Hartford, a manufacturing engineering manager with Pratt & Whitney, has been named president of the Society of Women Engineers.

A West Hartford resident was installed Thursday night as president of the Society of Women Engineers (SWE), an international organization with 35,000 members with a mission of supporting female engineers and encouraging more women to enter the field.

Jonna Gerken, a New York native and longtime West Hartford resident, has worked for United Technologies subsidiary Pratt & Whitney for 17 years, and is currently manager of a group of chief manufacturing engineers who work on airplane engines, ensuring that all engine components meet manufacturing readiness levels appropriate to their life-cycle stage.

A graduate of Rensselaer Polytechnic Institute (B.S. in industrial engineering and MBA), Gerken came to the area to work for Colt in West Hartford right after finishing at RPI.

“I’ve been a member since college,” Gerken said of SWE. For the past five years she has been on the board.

Gerken has also received several prestigious honors, and in 2016 was awarded the Petit Family Foundation Women in Science Leadership Award from the Connecticut Science Center.

“Just 10 years ago I had one of my mentors ask me if I ever wanted to be president. My answer was a resounding ‘no,'” Gerken said. But once she joined the board, and became involved in different roles within the organization, she changed her mind.

“We focus on the ‘E’ in STEM,” said Gerken. SWE empowers current female engineers and also seeks to grow the number of women in the profession starting with young girls. SWE also encourages college students to consider, and stick with, engineering as a course of study, and supports female engineers who may have taken a career detour but want to get back into the field, she said.

Gerken said that as president, she will support the organization’s strategic plan and programs that have been put in place for a number of years as well as new programs that are in the process of being rolled out. “It’s a culmination of a lot of years of work,” she said.

Gerken’s term as president will be one year, and the theme for her tenure is “Always Connecting … Always Engineering.”

Initiatives are focused on training and development as well as networking, scholarship, outreach, and advocacy.

One key program now in its second year supports “STEM re-entry,” she said, with adult internships for women who have taken a career break. “It’s really become successful,” Gerken said, and UTC is also now a participating company.

“To see this become successful is incredible,” she said.

UTC, which is a member of SWE’s Corporate Partnership Council, has very supportive of Gerken’s duties as a board member and now as president of the organization.

Gerken has two children, but says it’s ironic that both are boys. She’s made sure they have been exposed to what she does, and both are already “allies and strong advocates for women in engineering.” One son is entering fifth grade at Norfeldt Elementary School and the other will be a seventh-grader at King Philip.

Gerken said she has supported an early interest in engineering among girls by demonstrating “fun experiments” to Norfeldt students, and also working with the school’s Girl Scout troops. 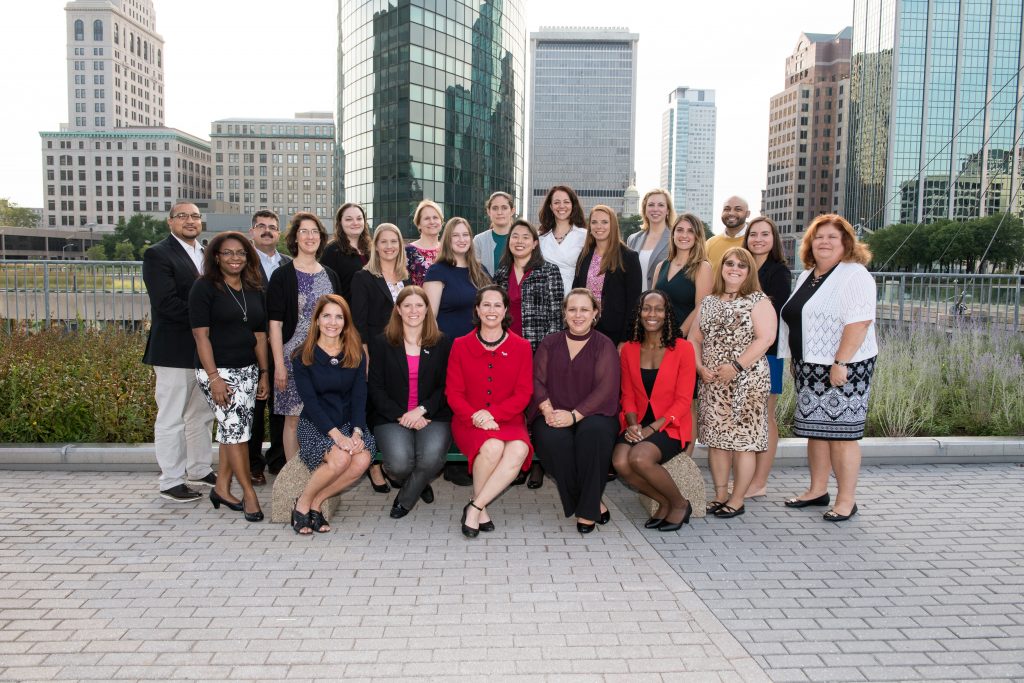 UTC employees at the Society of Women Engineers Installation of the FY18 President Jonna Gerken, Board of Directors, and Board of Trustees. Submitted photo