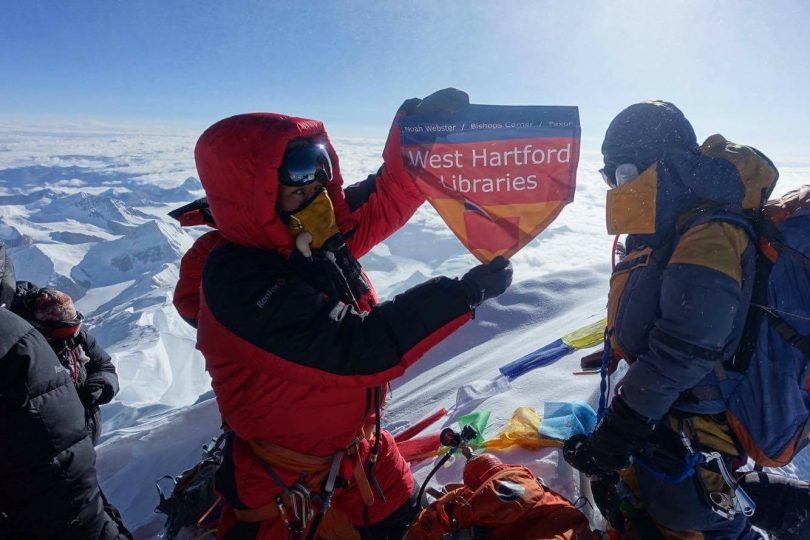 Lhakpa Sherpa, a West Hartford resident, reached the summit of Mount Everest on Wednesday morning for a record-breaking ninth time. 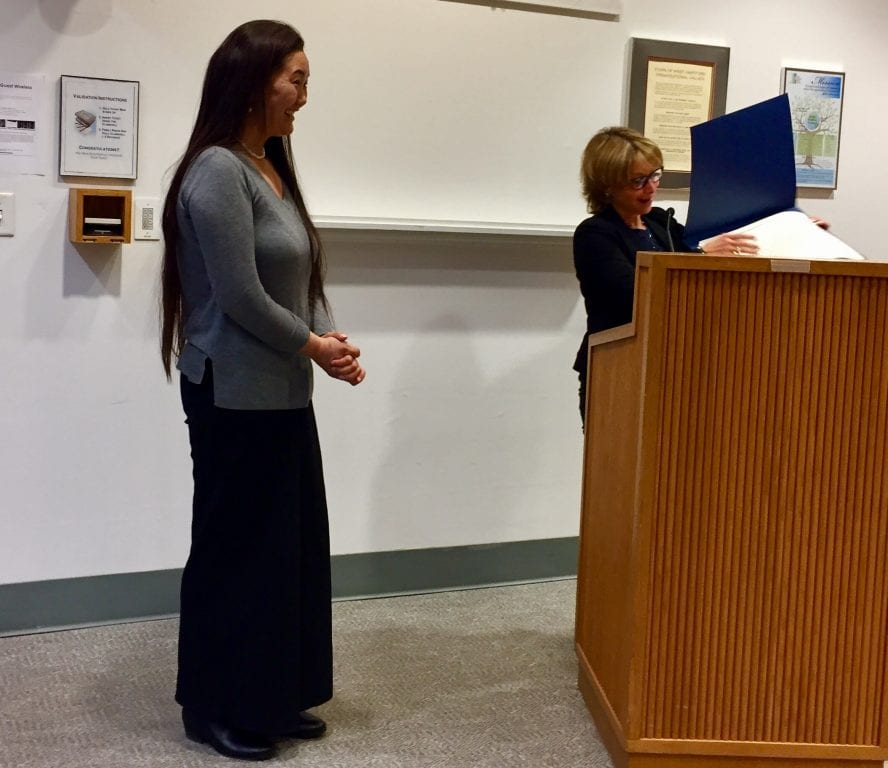 On Wednesday, May 16, at 5:40 a.m., according to Outside Magazine, Sherpa reached the summit of the world’s tallest peak for the ninth time, breaking her own record for the number of successful climbs by a woman.

Sherpa, 45, a single mother with three children who has lived in West Hartford for the past 15 years and works as a dishwasher at Whole Foods, has broken multiple records with her climbs. Raised in Nepal, as the child of a family of climbers, in 2000 she was the first Nepali woman to successfully ascend and descend Mount Everest, which is more than 29,000 feet above sea level.

Last year she climbed for a record eighth time and in July she spoke about her experience and shared photographs of her journey at West Hartford’s Noah Webster Library.

Another record was also broken on May 16, when veteran Sherpa guide Kami Rita broke the male record for successful climbs, reaching the summit for the 22nd time, according to ESPN.com. Two other men have successfully reached the summit 21 times.

Before she left for Nepal, Sherpa stood shyly at the podium at West Hartford Town Hall, her daughters Sunny and Shiny in the audience, as Cantor handed her a proclamation from the Connecticut General Assembly offering sincere congratulations on her achievement. “You are a role model for persistence and determination,” the proclamation read.

Cantor also presented Sherpa with a proclamation from the Town of West Hartford noting her achievements and stating that the “queen of Mount Everest feels her strongest while on the mountain, and climbs for women around the world.”

Sherpa was also given a Town of West Hartford pin, which she planned to attach to the West Hartford Libraries banner that she displayed on the top of the world’s tallest mountain when she reached the summit last year.