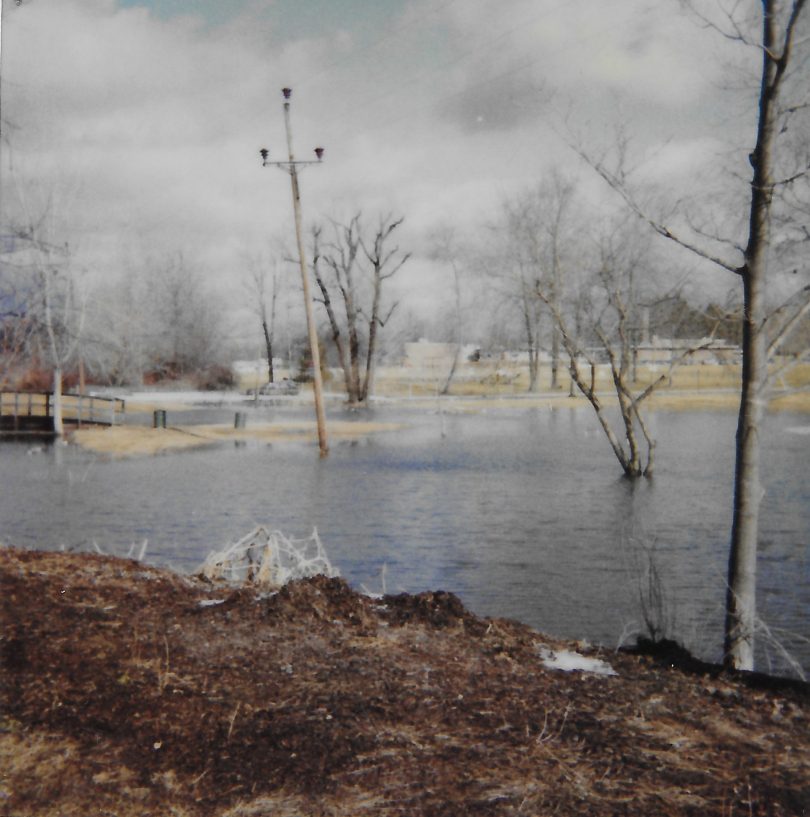 First of all – my sincere apologies for missing this column the past three weeks. It has been a busy couple of weeks (I only took it slightly personally when someone at a dinner at the Noah Webster House last night was asking about the column and jokingly called me a “slacker”!) 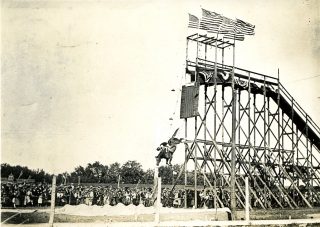 The May 25 photo (at right and in larger size below) was a crazy one, but there were people who figured out where it was, although not necessarily what was happening.

Rick Liftig was the first to comment: “Wow Ronni – that’s a crazy picture! Today, there would be demonstrations by animal rights groups and it would be posted live on Instagram. I’ll guess that this is at Charter Oak Racetrack. There are 48 stars on the US flag (1912-59); the track was closed in the mid-1930’s; the rider is wearing a full bathing suit which would have been the style in the teens and twenties; the men and women in the photo are all wearing hats; the women have billowy dresses. Datewise, I would guess early 1920’s. Thanks for the interesting photo!”

Derek Pariseault also commented directly on the article: “I believe this was on the property where the Charter Oak Park once was. It was also at one time also for the Connecticut State Fair and a portion of the property was also developed into Luna Park. The property was bordered by Flatbush Ave. on the north, South Quaker Lane on the west and Oakwood Ave on the east . The sequences of it use I haven’t a clue but my best guess on the photo would be sometime in 1920’s. At present I think the fields are used for youth soccer.”

On Facebook Vittorio Buccilli and Roger Katz both guessed Luna Park, as did Monica Swanson and Nancy Law. A few said Charter Oak Racetrack. Someone else said Lake Compounce, but this is definitely in West Hartford.

A few people noted that horses jumped off piers into the water in Atlantic City in the 1950s.

Most people were essentially correct about the location, and Derek was closest because he mentioned the Connecticut State Fair. This attraction was called “The Great Leap,” and took place at the Connecticut State Fair when it was held on the site of what was at the time Charter Oak Racetrack with the added attraction of Luna Park – called at the time “West Hartford’s Coney Island.” The property was located at the intersection of Oakwood and Flatbush avenues, where Home Depot, BJs, Triumph Engine Control Systems, and the Glover Soccer Complex are today.

The photo was not dated, but since the property was foreclosed on in 1930, a guess of the 1920s is fairly accurate.

We hope that no horses were harmed in the creation of this image. 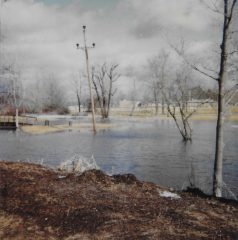 Town Manager Ron Van Winkle has just one more full week of work before his retirement on June 30, and he shared one more photo with me from his personal archives (at right and in larger size below as well as at the top of this column), which is being featured as our image this week – and it’s a tough one!

What is/was the building in the background? 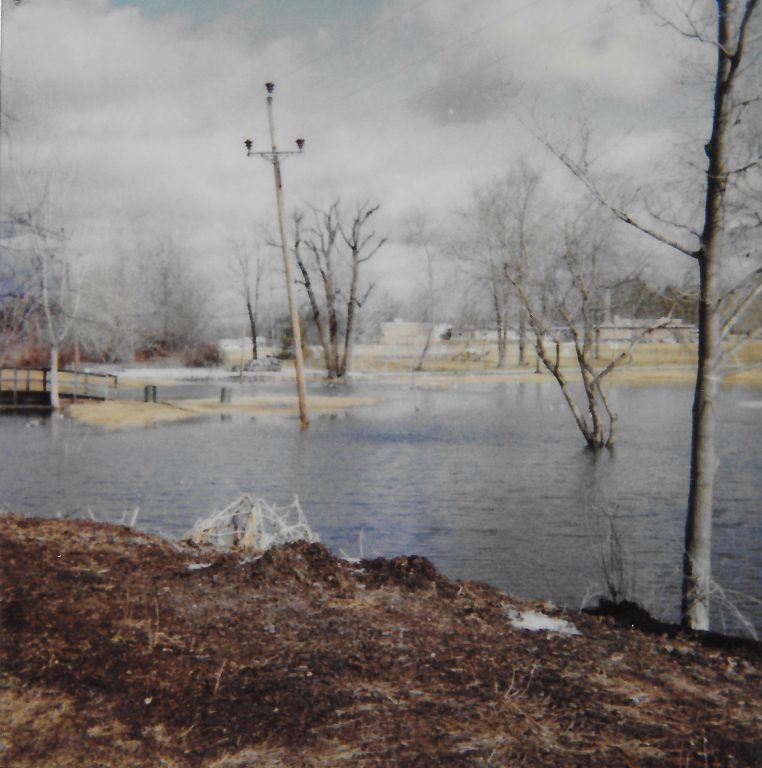 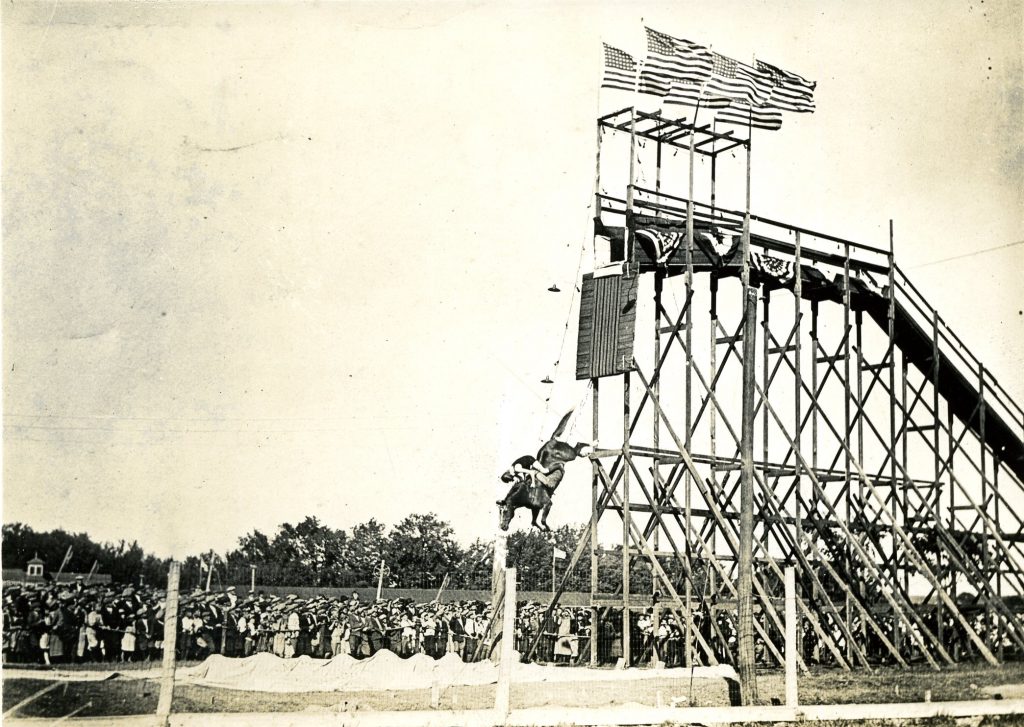