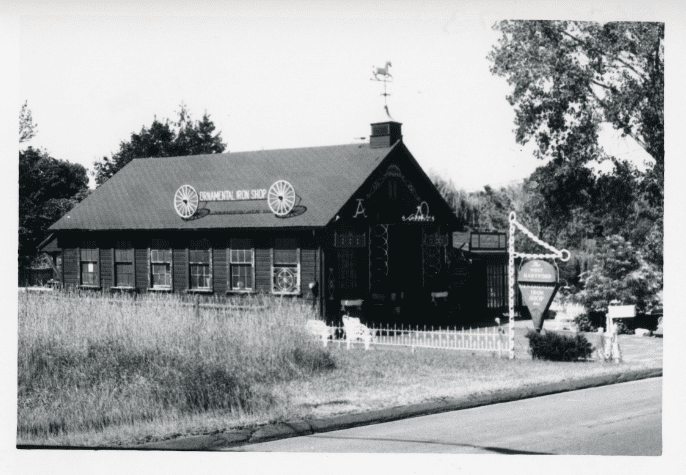 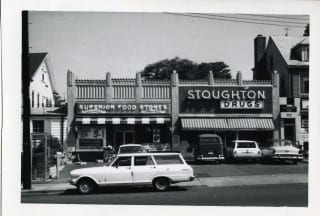 Sometimes it’s hard to predict images that will resonate with our readers, but last week’s image (at right and in larger size below) was definitely a hit.

Not only were our readers able to correctly identify the location (774 Farmington Ave., current home to Delicacy Market and the Medicine Shoppe as well as several other businesses) but this image really got people talking about some of the former occupants of these storefronts, including a major debate about who owned Superior Foods and what store(s) eventually moved into that space.

There were also a bunch of comments that were very critical of the term “we-ha.” For obvious reasons we are not reprinting those but for the record please note that we are not trying to be trendy with the name of this site; we’re just bringing you the news. Many of the other domains we would have considered using, like westhartford.com, were already taken when we began this site. And we love West Hartford’s history and heritage as much, if not more, than anyone else.

There were too many comments about last week’s image to reprint, but here are some highlights, both from comments on the article and on Facebook:

Rob Rowlson: “North side of Farmington Avenue, west of Whiting Lane and about opposite the former Plant Jr. High School, which is now WH Housing Authority. I like what the town has been doing to improve the area with the reconstruction of Farmington Avenue.”

Dianne Rechel: “Superior was THE place to buy potato chips while walking home from Plant JH school! Now we can get international foods in several stores along this little block. As for year it was taken, with the not-new-looking Rambler or whatever it is, and the VW bus, I will guess 1966.”

Lisa Petersen: “It brings back lots of memories. My dad worked at the funeral home that was right next door. When I was a kid he’d bring me comic books from Stoughtons when I was sick. He used to bring home bones for the dog from Superior Foods.”

Jon Moss: “That’s now Delicacy and the Medicine Shoppe pharmacy. Two terrific local, small businesses! Good to know that we keep attracting terrific small businesses to our town, even in these times of growth for our community!”

Lisa Odellus: “Just to the right of this pic is my fathers laundromat. I spent 48 years of my life in this plaza.”

Grayson Hugh: “Corner of Walkley Road and Farmington Ave. where we lived (on Walkley Road) from 1955, all my childhood, through 1971, when my mom and brother Rob moved to Lexington Avenue. Dave and I were already out of the house. We got literally all our groceries at Superior, owned by good friends Hy and Faye. As kids, our candy headquarters was Vanderbilt Drug, that was on opposite side of Stoughton Drug. As kids, we also used to play for hours in the winter on the snow-plowed piles in the parking lot of the funeral home on the corner of Walkley Road. I forget the name of the funeral home. The guy used to periodically yell at us to get out of his parking lot, then he just gave up and let us have our snowball battles. Many wonderful memories!” 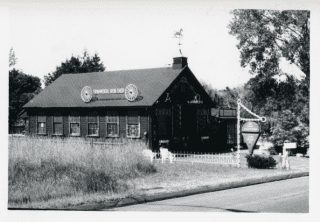 On to a new image … who remembers the business shown in this photo (at right and in larger size below)?

What business occupies this space now?

Thank you to the Noah Webster House & West Hartford Historical Society for providing us with the images. For more information about the organization, visit www.noahwebsterhouse.org. 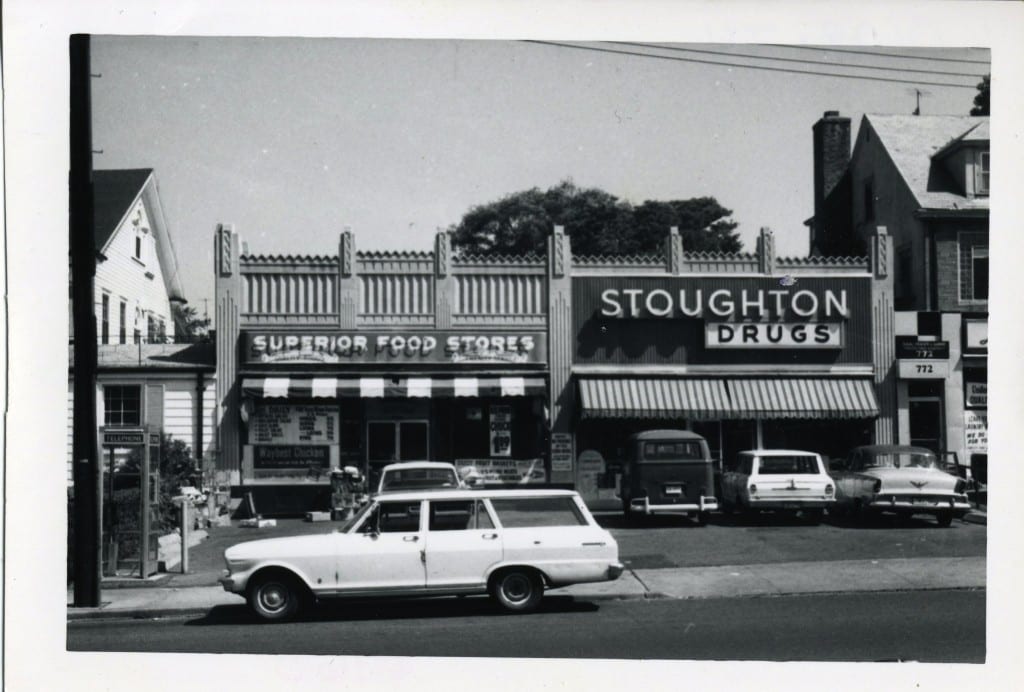