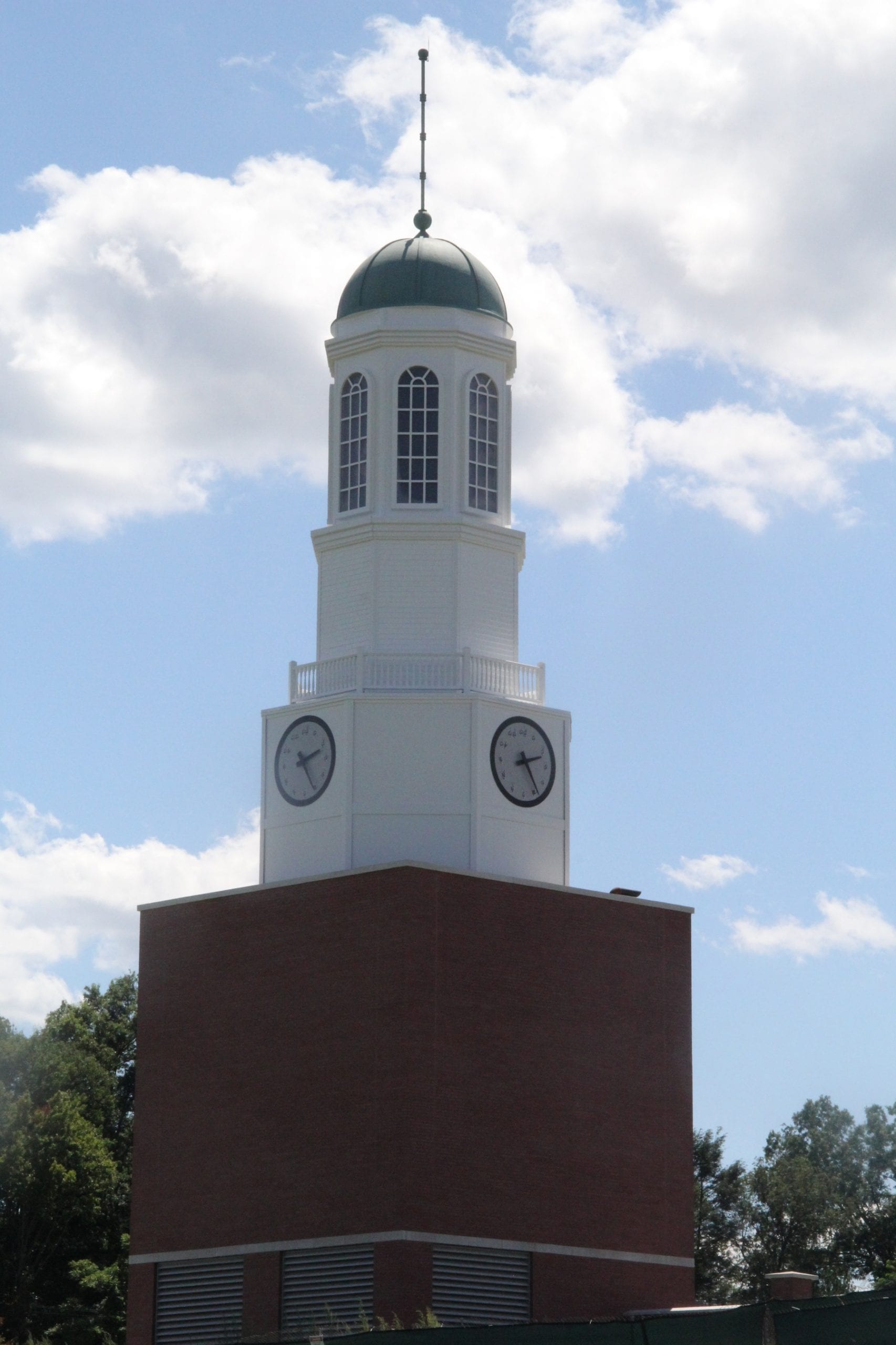 What appears to be ASD's iconic cupola is actually a replica disguising a cell tower. Photo credit: Rennie Polk

There is a new structure right behind the American School for the Deaf’s Gallaudet-Clerc Education Center. 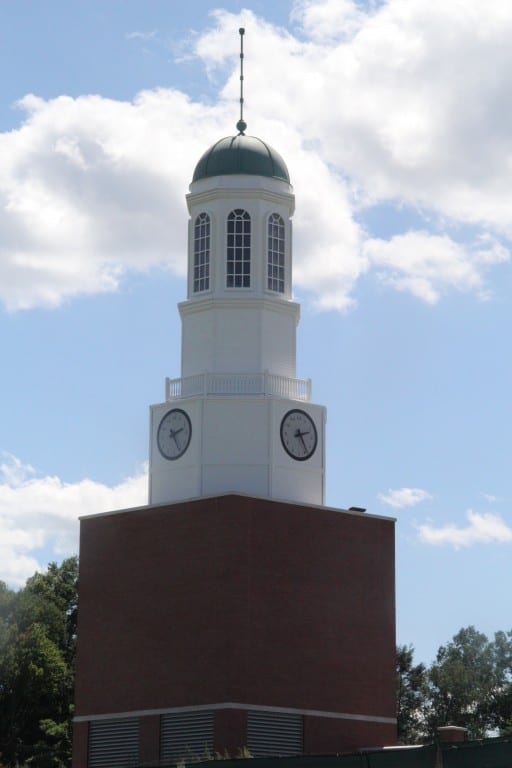 What appears to be ASD’s iconic cupola is actually a replica disguising a cell tower. Photo credit: Rennie Polk

When the cupola was removed from atop the old Gallaudet building on the American School for the Deaf campus in West Hartford in February, right before the building was demolished, the town’s skyline seemed forever altered.

Even though the new Galllaudet-Clerc Education Center had been built right in front of the old building, the iconic cupola had still been visible throught a large triangle of glass.

However, if you were observant while driving down North Main Street in West Hartford several weeks ago, you may have noticed that a metal structure had appeared behind the Gallaudet-Clerc Education Center, where the former Gallaudet building once stood. More recently, what appeared to be the old cupola was in its place, visible right throught the triangular window.

“That is the cell tower that used to be in Gallaudet,” said ASD’s Assistant Director of Institutional Advancement Rennie Polk. The tower was turned into a replica of the cupola, Polk said, but with one additional, and very special detail on its clock.

“The numbers are ASL handshapes,” Polk said. “It is really an awesome replica,” she said.

The original cupola is still in temporary storage on the grounds of the school. Polk said the hope is to restore it if possible and place it in a special place on campus. 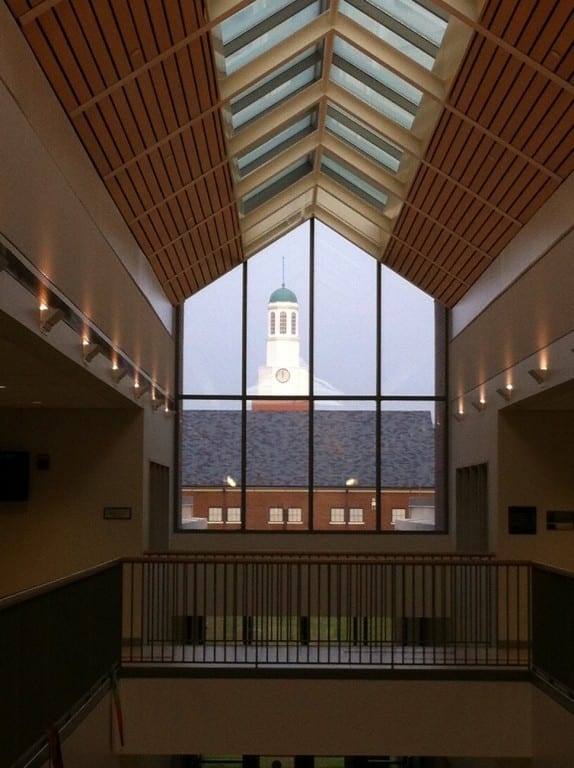 The “new” cupola is visible through the triangular window in the Gallaudet-Clerc Education Center. Photo credit: Rennie Polk