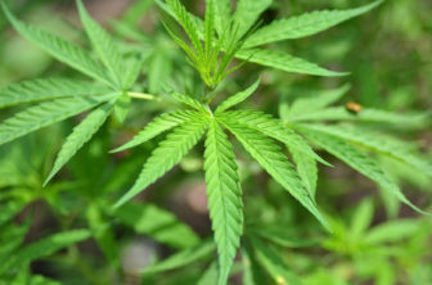 New Jersey residents voted this week to legalize recreational marijuana, and it’s already legal in Massachusetts and may be considered in other bordering states.

With a projected state budget deficit hungry for new revenue sources and a growing number of nearby states legalizing marijuana, advocates of doing the same here in Connecticut believe 2021 will be the year.

Legalization proponents see momentum on a few different fronts. New Jersey was among a handful of states to legalize recreational marijuana at the polls Tuesday. It’s been four years since voters in Massachusetts did the same. According to Gov. Ned Lamont, New York and Rhode Island are considering joining them.

Here in Connecticut, the state is facing a projected $1.2 billion budget deficit and an October study from economists at the University of Connecticut suggests that cannabis legalization could generate significant tax revenue for the state: maybe as much as $952 million in the first five years. Lamont, who supported legalization in the past, said Wednesday it was “on the table” as a revenue option.

Meanwhile, there is broad public support for legalization. A Pew Research Center survey in 2019 found that two-thirds of Americans believe weed should be legal.

“Legalization has almost better numbers than any of us,” Sen. Gary Winfield, a New Haven Democrat who co-chairs the legislature’s Judiciary Committee, said Thursday.

Winfield, who has led efforts to legalize the substance in prior legislative sessions, said that barring some unforeseen obstacle like this year’s pandemic, the measure will likely pass during the 2021 session. He pointed to trends in other states, the positive polling, and the strong majorities secured by Democrats in the General Assembly during Tuesday’s election.

“All that’s going to play into this too. When it’s very popular with the public and you don’t have a reason not to do it, how do you explain not moving in that direction?” he asked. “All of those factors make that much more likely that we’ll get it done in this session.”

The outcome of Tuesday’s election gives proponents more flexibility in guiding a legalization bill through the legislative process. Democrats, bolstered by President Donald Trump’s unpopularity in Connecticut, picked up seats in both chambers. That gives them wider majorities on the individual legislative committees the bill will need to clear in order to see passage.

“I think the additions in the Senate and the House are going to be extremely helpful,” Adam Wood, co-director of Connecticut Coalition to Regulate Marijuana, said Thursday. “We feel there are a number of folks who are supportive of legalization who were just elected. We think this will definitely improve the odds of passage.”

Wood said Connecticut officials should allow revenue from marijuana sales to be “part of the state’s post-COVID recovery.” But he also stressed public health concerns.

“Right now we have a completely unregulated, multimillion dollar industry that is harmful. This could provide meaningful public health and public safety provisions and, quite frankly, the pandemic has shined a light on the need to focus more on public health,” he said.

However, some Connecticut lawmakers have concerns about the message legalization would send. Sen. John Kissel, the ranking Republican on the Judiciary Committee, said many communities are struggling with an opioid epidemic.

“Heroin is out there. Should we bring it into the light and regulate it? I don’t think so. That’s what legislating is, it’s drawing lines,” he said. Legalizing marijuana “sends a very mixed message.”

Kissel whose district in Enfield borders Massachusetts said many residents there do not want marijuana dispensaries in their communities. He said it would be misguided for Connecticut Democrats to pursue a social policy “under the pretenses it’s going to make a ton of dough.”

“Do i think it’ll be the worst thing in the world? No, it’s already decriminalized,” Kissel said. “I’m not hugely against marijuana per say. In many respects it’s probably better than alcohol. I get that. But it’s just one more vice. One more thing that doesn’t really enhance society.”