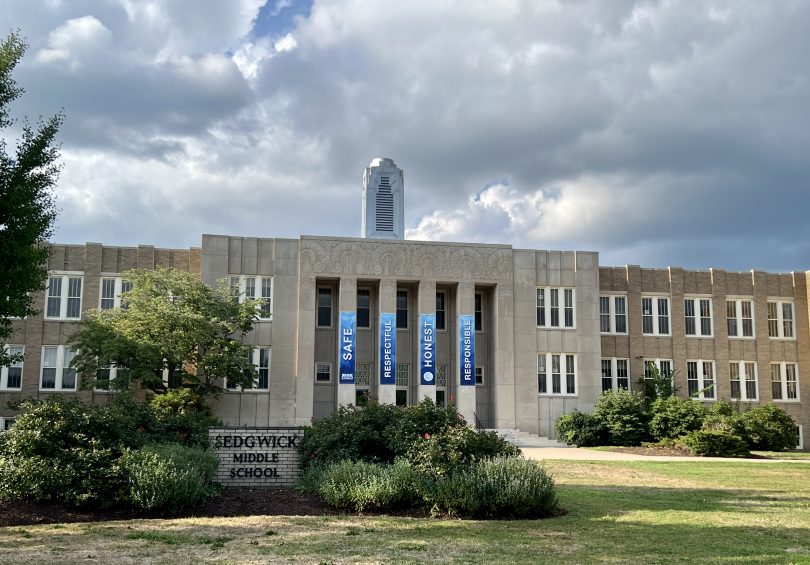 William T. Sedgwick, who has a middle school in West Hartford named after him and has made many contributions to modern medicine, sanitation, and public health, died on Jan. 25, 1921.

Many know of Sedgwick Middle School, but how many people know who Sedgwick was? William T. Sedgwick is known as “The Father of the Modern Public Health Movement in America,” with a distinguished career and professional legacy, but discriminatory personal views.

One hundred and two years ago this week marks the death of Dr. William T. Sedgwick. Not only was William T. Sedgwick a West Hartford native, he was also a pioneering bacteriologist and epidemiologist whose work greatly advanced the fields of public health and sanitation. He published many renowned pieces where he called attention to the need for better sanitation practices and overall public health. However, these advances are complicated by some of his prejudiced social views, and opinions that he justified with the very scientific advances he was making.

He has proven to be a person of complex characteristics and significant to West Hartford, where a street and school bear his name. While we must acknowledge his advancements for medicine, his personal ideologies were nowhere near as progressive, many of them disproven and prejudiced.

Born in West Hartford on Dec. 29, 1855, he was the son of William and Anne Thompson Sedgwick. He attended Yale University for undergraduate college where he graduated with high rank in 1877 from the University’s Sheffield Scientific School. Two years later, he enrolled in Johns Hopkins University, where he worked as a Fellow and Assistant in Biology and continued to explore the sciences. He obtained his Ph.D at Johns Hopkins in 1881. He went on to hold prominent roles in several medical organizations, such as the International Health Board of the Rockefeller Center.

Sedgwick’s presence in the scientific community led him to serve as a Professor of Biology in what is now known as the Department of Biology and Public Health at the Massachusetts Institute of Technology (MIT). Being a prominent professor at MIT in the department of Biology, he continued to share his knowledge and innovate research in the field of medicine across the country. He did this through many of his works. 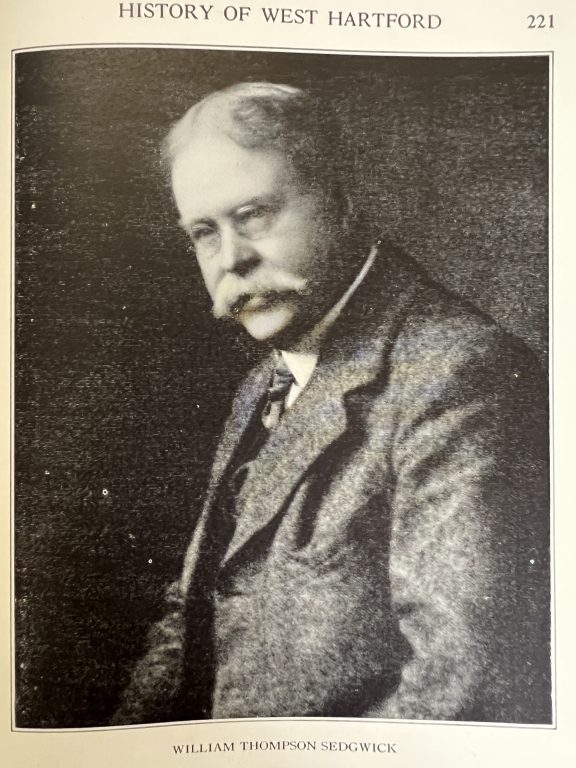 In 1902, Sedgwick published his most well known piece, Principles of Sanitary Science and Public Health. Within this, he sought to shed light upon the need for hygiene reform within America. Today, cleanliness is non-negotiable. But in 1902, many viewed cleanliness as a sign of impurity and even weakness. For instance, in certain ancient religious philosophies, water touching someone or being wet was seen as similar to the devil entering one’s body. These were beliefs inspired by God-fearing principles, and clearly not logic. Therefore, through the publication of his aforementioned piece, he began to slowly influence Americans by drawing attention to the importance of good hygiene and making Americans aware of the risks involved when one lacked it.

Sedgwick’s pioneering work led him to be a founder of Harvard School of Public Health when it opened up in 1913. Like many pioneers, his works did face challenges with regards to promoting his progressive ideas. With his credible scientific background, Sedgwick was aware of the implications decades of a lack of hygiene throughout America would play in challenging the ideas he was attempting to promote. His presence in the medical community has led him to be known as “the father of the modern public health movement in America” according to Charles-Edward Amory Winslow, the founder of The Yale School of Public Health.

Among Sedgwick’s most innovative ideas, he suggested that “the living body is like a machine.” He used this metaphor throughout his works in order to emphasize how no machine can run perfectly forever; similarly, for a human body, death is inevitable. Over time, the machine just wears out like a living body. Sedgwick explained how sanitation and what one puts into their body is crucial to maintaining healthy bodies. He writes:

“For example, a public water supply becomes contaminated with the germs of an infectious disease such as typhoid fever, the general standard of health in the community using it will be lowered, the weak, as a group, will, on the whole become weaker, the strong, less strong, and some of each group will perish altogether …”

When offering this, he begs his audience to question: Who would have lived longer if the community’s water hadn’t become contaminated? This example reinforces the importance of good hygiene and appropriate sanitary practices, which he continued to advocate for until his death on Jan., 25 1921, 102 years ago this week.

Sedgwick’s personal life, however, was nowhere near as “progressive” as his professional life. Throughout Sedgwick’s life, he was an ardent anti-women’s suffragist. In 1914, during his time teaching biology at MIT, he voiced his opinions towards the popular issues of women’s voting rights, later published in The New York Times. The article acted as a “warning.” He spoke about what he anticipated if women were to gain the right to vote and participate in politics.

He expressed his opposition, particularly in his warning found in the New York Times that year. He said, “It would mean a degeneration and a degradation of human fiber which would turn back the hands of time a thousand years.” Because Sedgwick believed that feminism was trying to say that there was no biological distinction between men and women, he cited contemporary biology to argue against feminist theory. Today, his stance has been deemed discriminatory and his arguments illegitimate.