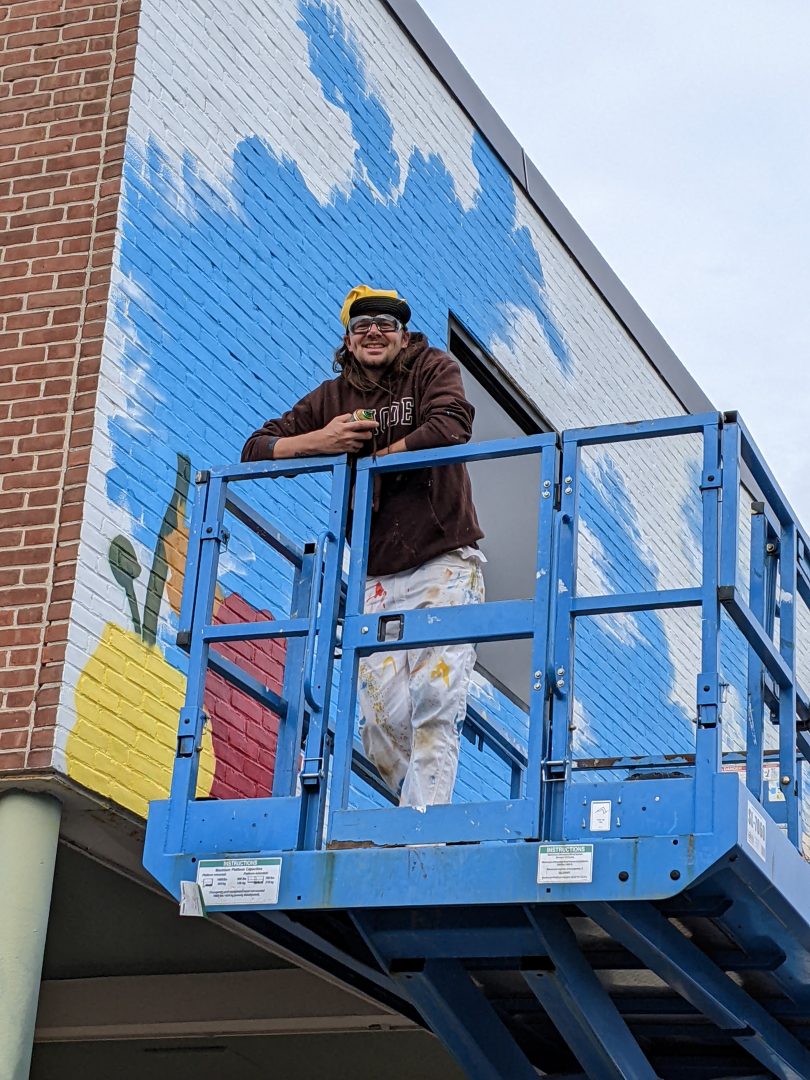 Corey Pane at work on his mural on the side of 977 Farmington Ave. Courtesy of Johanna Greenfield

Artist Corey Pane, whose work is already visible in town, has been chosen to create an iconic ‘Greetings From …’ mural in West Hartford Center. 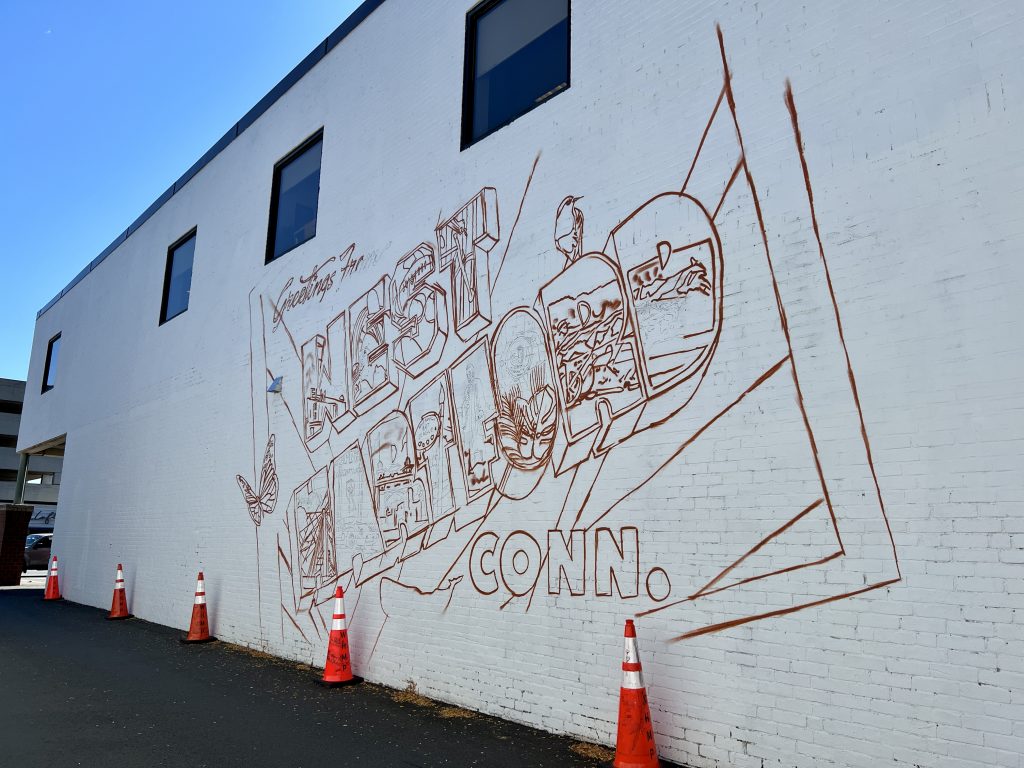 Artist Corey Pane sketch of the mural on the side of 977 Farmington Ave. on Sept. 23. Photo credit: Ronni Newton

Artist Corey Pane, a West Hartford resident, was chosen following an RFP process to create a large mural on the side of 977 Farmington Ave., on the expansive wall leading into the parking lot.

Pane is Conard High School graduate and renowned artist whose most visible local work is likely the MLK39 racial equity mural which was unveiled in 2021, and encompasses two walls of the West Hartford Public Library’s Noah Webster Branch along the western entrance to Blue Back Square.

The West Hartford Art League, in partnership with building owner LaSalle Road Partners II, issued an RFP in July for a large-scale mural with the theme of an iconic “Greetings from …” postcard welcoming people to West Hartford. The paintable area is 90 feet long and 26 feet high.

Pane began working on the new mural last week, and hopes to complete it by Sept. 30. His winning design incorporates details from some familiar West Hartford landmarks, including the Noah Webster statue, and other important symbols of life in West Hartford. 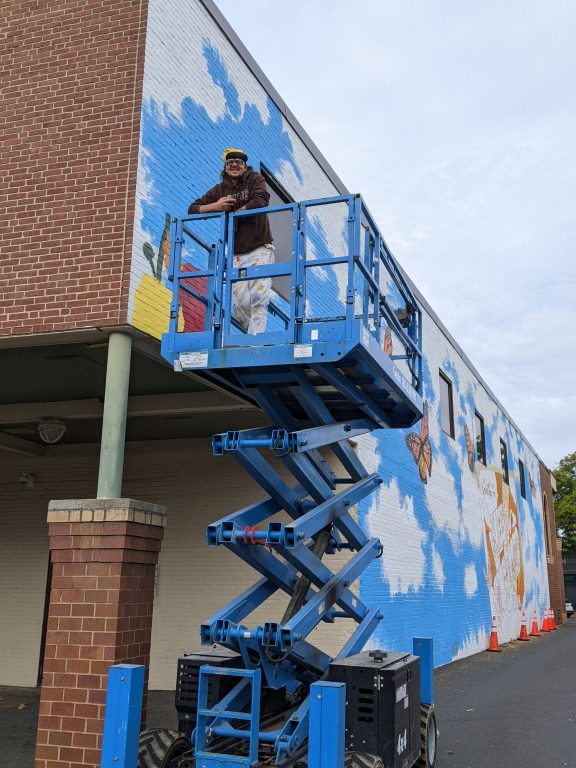 Corey Pane at work on his mural on the side of 977 Farmington Ave. Courtesy of Johanna Greenfield

According to the West Hartford Art League, artists Rory Skagen and Bill Brakhage painted the first large scale “Greetings From …” mural in 1997, in Austin, TX, as a way to celebrate the city and their mural business. Other towns and cities throughout the country have created similar iconic images in highly visible locations.

Pane is also well-known for painting the cleats of professional athletes. Other local examples of his work include a mural inside West Hartford’s BIRDCODE restaurant, and a tributary mural for rapper Nipsey Hussle in Hartford. He has worked on multiple projects through CT Murals and also painted one of the bears in the 2021 WEHA Bear Fair. 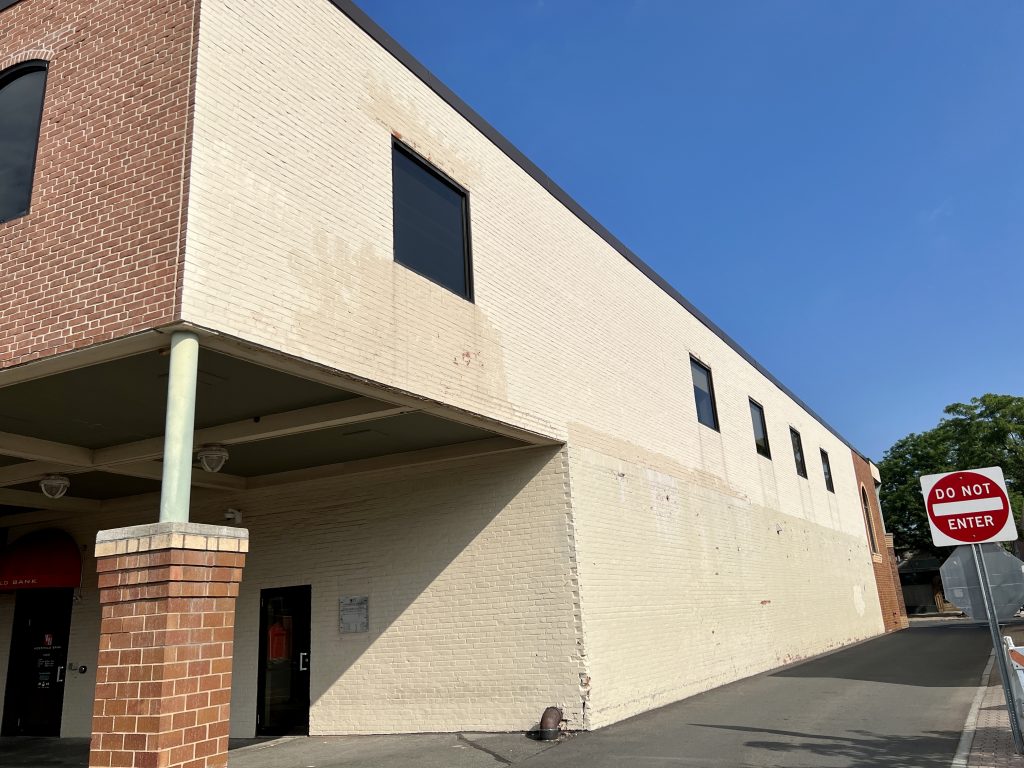 “Before” view of the wall along the east side of 977 Farmington Ave., as viewed from the parking lot. Photo credit: Ronni Newton (we-ha.com file photo)