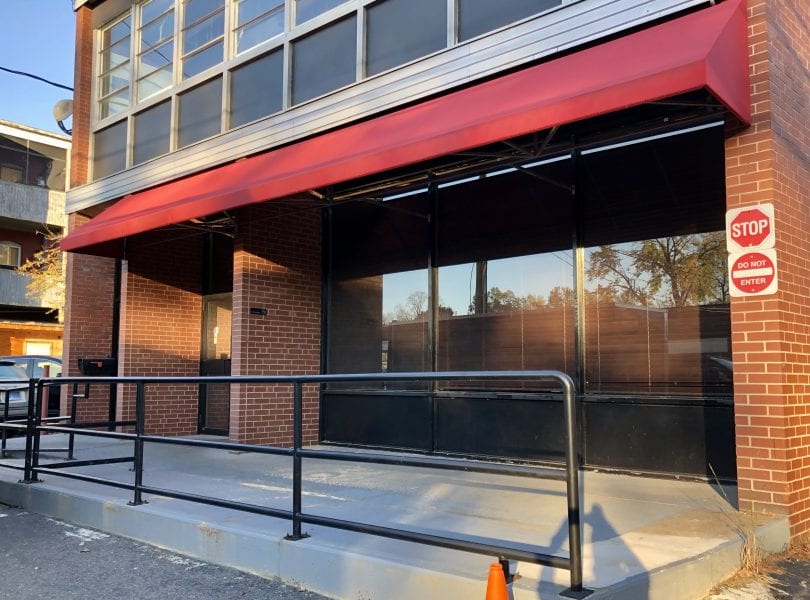 In West Hartford, while some restaurants have closed permanently, in some cases new establishments are already preparing to reopen in those spaces.

Struggling with pandemic restrictions and customer anxiety, more than 600 Connecticut restaurants have either gone out of business this year or shut their doors with no set plans to reopen, according to the Connecticut Restaurant Association.

Scott Dolch, executive director of the association, said the number comes from the state’s top six food distributors, who in early November reported losing more than 600 accounts since the coronavirus pandemic crippled the operation of restaurants across the state.

Shifting conditions and state restrictions have required a taxing degree of flexibility from restaurants this year. During the lockdown in early spring, those that stayed in operation transitioned entirely to takeout and delivery business, leaning heavily on delivery apps like Uber Eats and GrubHub.

Many created makeshift outdoor dining areas when the state began allowing it in May. In June, Gov. Ned Lamont permitted restaurants to open their doors at half their normal capacity. Some establishments rearranged dining areas and installed Plexiglass dividers designed to slow transmission of the virus. Last month, the state briefly upped the indoor capacity limit to 75% before clamping back down to 50% as virus cases surged.

The renewed capacity limitations came with new restrictions on table sizes and closing-time requirements. All restaurant dining areas are now required to close by 10 p.m. Now, as cold weather takes outdoor dining off the table, many restaurants wonder how they will make it through the winter.

During a Facebook Live conversation with U.S. Sen. Chris Murphy on Friday morning, Dan Meiser, owner of the Oyster Club in Mystic, said many restaurant owners have a difficult decision to make.

“Does it make sense to keep bleeding out and hope you’re going to make it to April or May, whenever you see those mass distributions of the vaccine coming?” Meiser asked. “Or is the decision to close now and hunker down and try to conserve cash and reopen next April or May? Is that a better alternative? The fact is they’re both horrible choices.”

Restaurants also lament what they see as a shift in messaging from Lamont. In September, the governor praised the industry for taking steps to reduce the spread of the virus. But in recent weeks he has become concerned with “bars masquerading as restaurants” and has highlighted instances where Department of Consumer Protection inspectors have suspended the liquor licenses of restaurants that have violated public health orders.

During a Thursday press briefing, the governor said he was doing everything he could to keep restaurants open for business despite COVID-19 infection rates increasing to levels not seen since the springtime. But if the infection numbers continue to rise, as they are expected to do until January, Lamont said it will be restaurants and gyms that he considers closing next.

Even if the state does not shut down indoor dining, some restaurant owners worry consumer confidence will be eroded to the point where they cannot fill the limited seats they have available.

During the Facebook call with Murphy, Matt Storch, chef and owner of Match restaurant in South Norwalk, said customer confidence began to dry up abruptly this week.

“I can say Tuesday, pretty much it dried up. It was like that. The New York Times, the governors, you name it, everybody said ‘Restaurants are now becoming dangerous’ and that is a giant issue,” he said. “They’re not specifically saying that, but the undertone is ugly.”

What can be done? Restaurants hope customers will keep supporting their businesses, and they are looking for another round of financial assistance from the state or federal government.

Murphy said public officials were in a difficult spot, trying to provide accurate information about the pandemic without overhyping it to the point where it undermines businesses. Murphy said he planned to “turn up the heat” on his colleagues in Congress in an effort to pass another round of coronavirus relief.

“The cavalry’s got to show up. Whether that’s in the form of state aid or an additional federal package, something has got to happen. We’ve already lost 600 restaurants in the state of Connecticut,” he said. “That was through the summer and fall when we had outdoor [dining]. As we go into the winter? I think the reality is we’re going to see those numbers spike as well.”