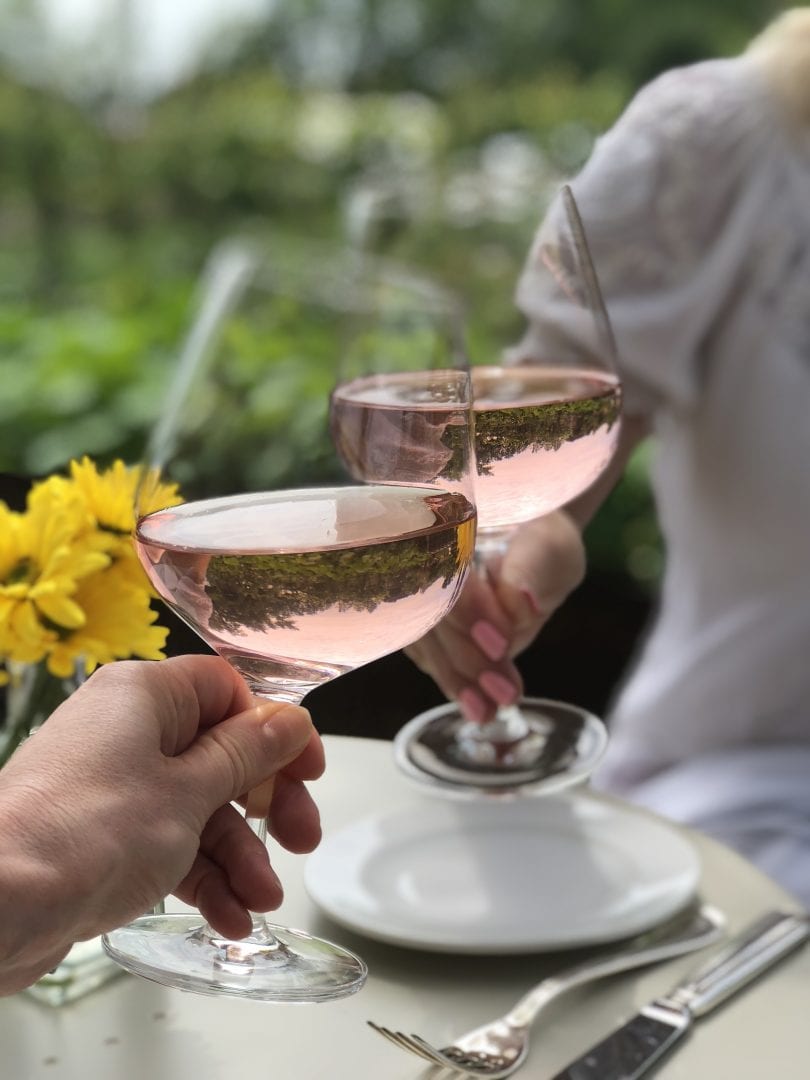 [Updated] Artisan’s garden party, which includes a reveal of the restaurant’s new private label rosé wine, has been rescheduled for Thursday, Aug. 2 due to a forecast of rain on the original date.

Dining on Artisan’s patio, or in the garden among the blooming flowers and ripening fruits and vegetables, is certainly an escape from the ordinary, and to add to the atmosphere the restaurant has developed its own private label wine, to be revealed at a garden party on Thursday, Aug. 2.

“Rosé is very versatile,” Amaaou said, adding that it’s not just a summer wine. The dry rosé chosen is primarily crafted from Grenache, but is also 30 percent Cinsault and 10 percent Syrah.

The Artisan Rosé, however, does pair very well with the restaurant’s summer menu, particularly with the Chilled Shrimp Cocktail, the Tuna Crudo. “Even the cioppino,” Amaaou said.

The public will have its first opportunity to sample the Artisan Rosé on Thursday, Aug. 2 [note new date due to forecast of rain on the original date], at the inaugural garden party from 5-7 p.m. at the restaurant at the Delamar West Hartford Hotel, 1 Memorial Rd. Tickets are $25, and include unlimited pours of the new wine, a craft cocktail, a two-hour buffet, and music courtesy of a well known DJ.

Garden parties will also be held on the last Thursday of the month in August (Aug. 30, rain date Sept. 6) and September (Sept. 27, rain date Oct. 4). Future parties will have the same format, although the unlimited pours of the rosé are only at the first party.

In addition, Artisan has introduced a $19 prix fixe two-course lunch, available Monday through Saturday. For an extra $5, a glass of the rosé, which ordinarily sells for $12 per glass, can be included.

Tickets to the garden party can be purchased online through Brown Paper Tickets at: https://www.brownpapertickets.com/event/3567171, or at the door. For more information, see Artisan’s Facebook page or call 860-937-2525.

In addition to being served in the restaurants, Artisan Rosé will be sold by the bottle at local wine shops.